As the economy bounces back, India's embattled radio industry hopes the festive season and increased use of cars and cabs in metros may help the medium get back on track in terms of revenue 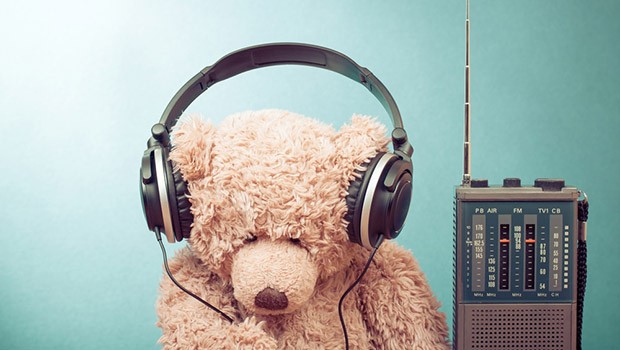 After being decimated in terms of revenue, the radio industry is hoping to get back on track as the medium is seeing a good traction from brands for the festive season ad campaigns.

In terms of India's total adex, radio is among the smallest pie but major players such as the Times Group and HT Media among others have made a substantial investment in the sector in the last few years.

The revenue during both the Covid waves was down by more than 50% and even after the economy opened up, the medium was not being preferred in the media plans. But now with audiences getting back because of increased mobility, the sector is seeing a revival.

According to Asheesh Chatterjee, Chief Financial Officer and Chief Business Officer, Big FM, this festive period will be much better than the last festive period. He said the advertising trends should go back to normal once the economy opens up fully, including cinema, and vaccination picks up pace.

“Even last year by this time, the Covid cases had subdued and the second half was really good. We believe that the second half of this year will be even better,” Chatterjee said.

Citing similar sentiments, Ashit Kukian, CEO, Radio City, said, there will be high uptake of advertisements, which will reflect in the volume consumption and inventory utility, slated to be far higher than the same period last year, which is a sure sign of recovery.

“During this period, we see fairly positive advertising sentiments for the domain, as we continue to innovate as a pioneering force in Indian radio, and also expand upon our digital offerings. We, at Radio City, are constantly remoulding our operations to stay ahead of the curve and foresee volume utilisation for this season to be close to 90% + as compared to the pre-Covid season, as we quickly re-adapt for the new normal. As India slowly and steadily recovers from the second wave of the pandemic, one is sure to witness a swift revival for the radio sector,” he added.

"Advertising spends are picking up and there is a steady increase in inventory volumes in most markets. All markets and establishments are gradually resuming business in full. We expect volume and value of advertising spends to go up unless something unexpected happens,” said Nisha Narayanan, Director and COO, Red FM and Magic FM.

Industry leaders said they will be able to command better rates from advertisers while offering value propositions for them. “While volume recovery is poised to be about 90% or higher, in comparison to the pre-Covid figures, we believe ad rates will be substantially better than the last festive season of the pandemic. At Radio City, we are hopeful about the upcoming period, with brands and the radio domain starting to witness a positive turnaround as the country and consumers everywhere continue to recover from the pandemic,” said Kukian.

He said they are offering a dynamic mix of value-add propositions that make great economic sense to advertisers, to present the best options for buyers, ensuring a fruitful festive season for admen and the company alike.

Narayanan said they witnessed a 50%-60% growth, varying from market to market, and in July-August some markets reached 70-75% of the F-Y 20 base. “If this trend continues, we expect this year festive to have an overflow of inventory demands, which will help us to improve our price points and pull out discounts and pandemic-driven value addition and offers,” she stated.

Narayanan said they have never gone for carpet offers across the board as these calls are taken subjectively, tactically and on specific deals. “We always believe pricing should be derived by demand and supply, but keeping certain threshold levels in consideration. There is always good content to offer to our listeners to gain their trust and loyalty to build a strong product that will command its desired price, rather than giving away space at rock bottom prices, which never intend to satiate the advertiser as they may still feel that they could have asked for more.”

Asked how the rates have changed between the two festive periods, she explained that as of now, there is a very small improvement of 8-10%. However, if the volume trends continue, the yields will go up by 35-50%, market to market. However, Uday Mohan, President and Head, North & West India, Havas Media, was a little apprehensive about the fast recovery, looking at the high-ticket impact properties such as IPL, WC, Bigg Boss, KBC lined up on TV.

Talking about the expected growth in ad rates on radio, Mohan said, “The medium started offering deep discounts on rates, bonus deals, and rate closure at extremely low rates for a long period of time so that advertisers could utilise these reduced rates for their future campaigns as well. This trend continued even after the lockdown was lifted. A second wave that again led to decreased ad spends meant that radio had to offer discounts to advertisers.”

“Media consumption has been focused on two key mediums, which are TV and digital. Hence the recommendation from our end also has been to the same mediums. Radio is gaining back traction as the markets are opening up across the country, though limited investment is happening on the medium. This festive season might see a surge in radio spends, though in a limited way. But with a third wave expected, the spends will be re-evaluated by advertisers and agencies. Hence radio stations have taken a right decision of focusing their energy on digital media so that they are not completely negated from the media mix,” said Linu John, VP, Media Planning, Zenith.

However, Mohan of Havas said that radio is recommended to advertisers based on the campaign and the advertiser involved.

“If an advertiser is nascent in the Indian market and present only in a few cities, then radio is recommended as it helps in reaching the relevant TG, adding a local flavour to messaging and avoiding spillage that would otherwise happen if the brand were to advertise on a national medium. Another scenario where radio is recommended in media plans is when a topical campaign that is lined up, e.g. a huge automobile launch or an upcoming e-com sale. In this context, radio would help to reinstate the message of the brand’s launch or reinforce the sale dates to the listeners and add to the multimedia amplification around the launch or the promo campaign.”

How is the response on the digital channels of radio players?

With uncertainty around the pandemic, the digital acceleration of radio players has been noteworthy. More and more radio players are expanding their digital reach to monetise their content on digital platforms and are equally focusing on digital specific IPs. The digital avenue is acting as an alternative revenue stream as of now and leaders are hopeful it will pick up a pace.

“We have been actively steering both (traditional radio and digital) segments in a direction of rapid expansion, whilst keeping in mind that the digital base is currently less for radio than the traditional platform. However, our growth in digital is quite high, which is not surprising given the thrust we have built around digital. Our increasing focus around the medium is slated to bring in more advertising revenue in the future,” said Kukian.

Narayanan said digital will continue to be a focus area and they hope advertising picks up with good yields.

“Advertising on our digital platforms could have been better. We have invested in a good variety of content and technology to reach a wider audience. From hosting digital events to getting into a newer format of audio storytelling with the best from the entertainment space, we have tried to increase our catalogue and digital library.”

“The advantage we bring to digital is the huge on-air promotion, leading to appointment listening and exploring the same on digital/OTT platforms. Our jocks are always local celebs and influencers and digital enabled their reach beyond geographies. More and more advertisers want us to offer integrated solutions to make use of the best of both on-air and digital,” she added.

According to Mohan, digital has further empowered radio. The addition of digital makes radio more robust in terms of its offering and helps to reach the right target audience in a better and more trackable manner. The engagement on digital, especially social media, is much higher than radio itself and advertisers are able to utilise the loyal fan base of RJs on these platforms to create relevant and meaningful engagement with their TG. Digital has empowered radio to offer better reach, better engagement and better ROI, which has always been a concern for advertisers while marketing on radio. 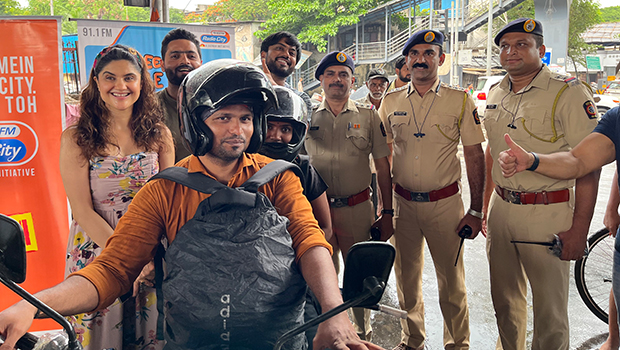 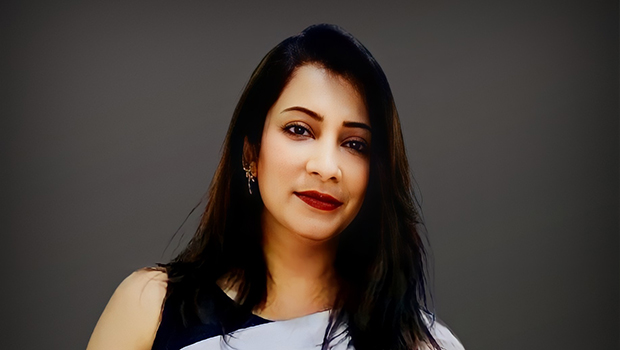 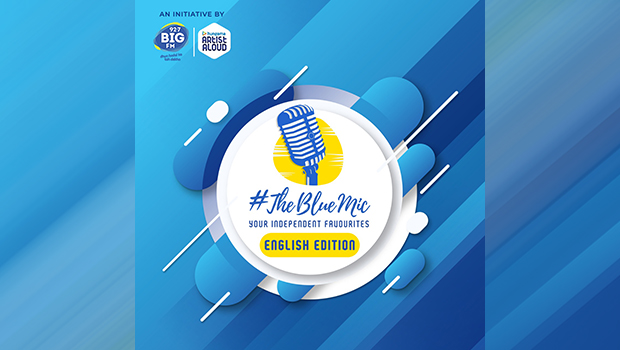 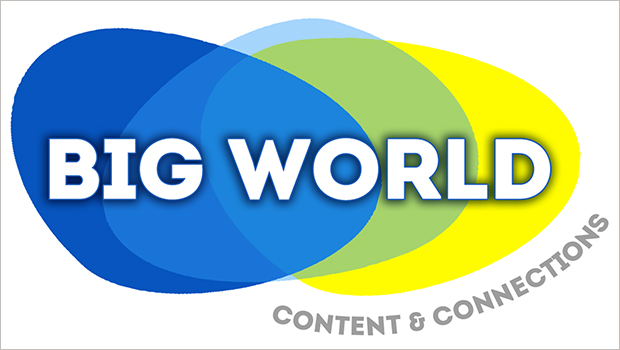 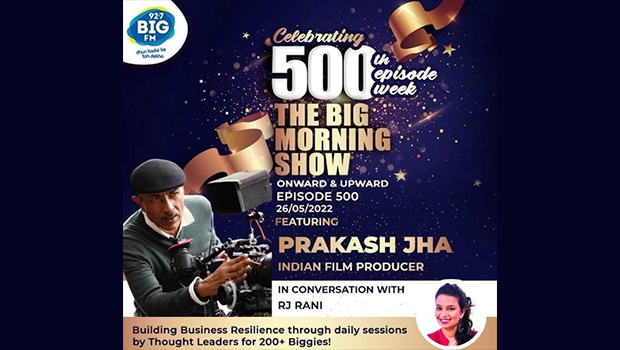