hoichoi garners 4X growth in viewership in a year, plans to double investment in launching Originals

As the Bengali OTT player enters its fifth year, it targets to reach 100 Originals by the end of 2022 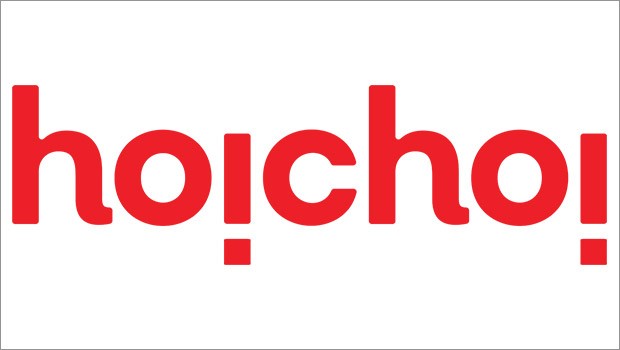 Stepping into its fifth year of operation, Bengali OTT platform hoichoi has taken a big leap in strengthening its five pillars—content, distribution and partnerships, market expansion, technology and dubbed shows.

The OTT player said in a statement that within a year, the platform has seen a 2X growth in its overall watch-time and monthly active streaming users and a 4X growth in viewership of content, not only in India but also in Bangladesh.

hoichoi’s monthly subscription numbers in Bangladesh have doubled every month since last year. hoichoi has seen 60 minutes of average daily watch-time among subscribers; each user visiting the platform thrice every day on an average.

As it begins its fifth year, the Bengali OTT player has taken a big leap in strengthening its five pillars:

hoichoi has doubled its investment on the content front. It has announced the names of 20 of its new Original Shows for the fifth year and targets to reach 100 Originals by the end of 2022. hoichoi intends to release 30 more Originals in 2022 along with 12 world premiere movies of which five have been announced. With works delivered from Srijit Mukherji to Anjan Dutt, the upcoming content line-up of hoichoi will add the catalogue to its existing one of 80+ Original Shows. There are plans to add 50 new curated movie titles to its current 600+ movie library. hoichoi has planned to produce at least 7-9 Originals in Bangladesh for the year 2022.

This year, hoichoi has launched a Freemium section with new shows released under this segment for audiences to watch for free without any ads. Till now, hoichoi has released two shows under this section in collaboration with top jewellery brands, namely Turu Love with Senco Gold and Diamonds and Subharambha with PC Chandra Jewellers. The shows on the Freemium section are primarily intended to cater to different brand needs and to ensure at the same time that the content remains engaging with its quality not being compromised.

In addition to an online payment facility through the platform, hoichoi recently got into the retail vertical, which has enabled subscription through offline payment mode to reach out to the Tier II and Tier III cities across the country. More collaboration is planned, with more than 500 retail stores in both India and Bangladesh in the next six months for a wider reach and easy accessibility for the existing and potential audience.

hoichoi plans digital gift cards this Puja across many countries like the US, UK, Australia, Singapore and the Middle East, offering special pricing plans to enable people to gift their loved ones a subscription to hoichoi to consume the best in Bengali entertainment.

This year, hoichoi plans to deepen its presence among the large Bengali population residing in the South-Asian Countries such as Malaysia and Singapore. hoichoi will partner with key telecom operators in the South-Asian Markets.  Even in the Middle East, hoichoi has planned to strengthen its grip as the OTT platform plans to take a similar approach and comes together with the key telecom players in the Middle East by the end of December, to cater to the existing Bengali diaspora in the region. hoichoi is planning to launch ‘sachet pricing’ in both these markets.

A completely new interface of the application is being developed from scratch, which will be launched soon, to give the subscribers a new experience of using the platform. Some of the new essential features that have been added to the app include Content Description (when someone hovers over any content image on a tray), Trailer Auto-play feature on the content which details page, new and improved search layout functionality, Hamburger Menu Navigation, New Signup, new streaming player and Login Page among others.

With the motive to break the lingual barrier in terms of entertainment, hoichoi plans to dub its content in other languages such as Tamil, Telugu and Malayalam.

Vishnu Mohta, Co-Founder of hoichoi, said, “Over the period of four years, our journey has been enthralling and it has been possible because of the incredible response hoichoi has received from its audience. Our aim has always been to cater for quality Bengali content to the people, especially Bengalis, around the globe. As we begin our journey for the fifth year, we are excited to make way for hoichoi to reach out to people in the remote corners of the world, by establishing strategic partnerships and emphasis on offline payment methods. Our focus for the year will be on delivering great content and paving ways to make them easily accessible to people. We are introducing Digital Gift Cards this Puja, which is curated to present our audiences great benefits for streaming hoichoi. With hopes of impacting more people, hoichoi is ready to set out for another year of entertaining people in their own language and grow more.”

Mahendra Soni, Co-Founder of SVF and hoichoi, added, “We are overwhelmed with the response and love we have received for hoichoi, in both the regional and as well as national OTT space, in a span of the past four years. The thing that has made it possible for hoichoi to build its diverse audience base is its relevant and dynamic content, which it has been committed to delivering for the last four years. As we step into the fifth year, the goal is to curate more remarkable content in collaboration with best creators and talents. We are announcing new shows, with more in the pipeline, with stories that we hope will be able to strike a chord with our audiences. I am thankful to our entire hoichoi family for their relentless work and efficiency throughout for turning this into a reality.”