The platform had managed to create an organic buzz with part one of the campaign. Actor Salman Khan has retweeted the latest film 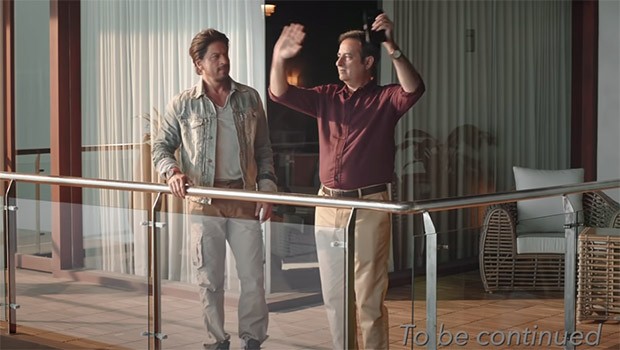 Streaming platform Disney+Hotstar has released the second leg of its #SiwaySRK campaign featuring actor Shah Rukh Khan, which had gone viral on the internet few days ago.

This time again, the film that is trending with the hashtag #SiwaySRK has got people anticipating about Shah Rukh Khan’s OTT debut.

While the last film was promoted by celebrities such as Ranveer Singh and Karan Johar, the second film has been retweeted by Salman Khan.  “Hmmm Swagat nahi karoge @iamsrk ka?” said Khan about the film.

Karan? Arjun? We know it's Thursday but we weren't expecting this #throwback! ????#SiwaySRK https://t.co/jiz59hMhV6

The ad shows that Shah Rukh Khan's idea for an OTT project for Disney+ Hotstar has been rejected. His manager tells him that genres such as crime drama have already been done by Ajay Devgn and horror-comedy by Saif Ali Khan. He also tells him that IPL is around the corner.

The actor then suggests a college romance but he is reminded that the ’90s are over. Just like the last film, this one too ends with a cliff hanger, saying Disney+Hotstar has everything except Shah Rukh Khan.

The film has been directed by Ayappa and produced by Early Man Films. It has been written by Devaiah Bopanna, Tanmay Bhat, Puneet Chadha, Deep Joshi and Vishal Dayama.

Within hours of the release, #SiwaySRK started trending again on Twitter.