Many big brands such as Malabar Gold and Diamonds, Parle, Tata Tea are betting big in regional campaigns

Regional advertising films are getting more and more attention from brands these days—a sharp contrast from the days when they would be just a spin-off or dubbed versions of Hindi ads.

The regional ads are being made with better production values and storylines. Parle recently launched three films for Maharashtra, all with different storylines and in the Marathi language.

Similarly, Tata Tea Premium touched upon the regional traits of Maharashtra and Mumbai in two separate films. One talks about the traits of a Maharashtrian woman while the other explores the human side of Mumbaikars, often perceived to be tough professionals and detached.

Brands such as Malabar Gold and Diamonds have been constantly coming up with regional campaigns and different films talking about the diversity of cultures. For example, on Women’s Day, they showcased the colours of the Tamil woman. In their latest campaign, the brand talks about modern-day brides from different states across the country.

Why have brands realised the impact of regional campaigns?

According to MP Ahammed, Chairman, Malabar Gold and Diamonds, they recognise the diversity and celebrate the uniqueness of each region. Planning a regional campaign was the natural outcome of such an approach. There is no better way to build a connection with the people of a region than by representing their culture and highlighting the values they hold dear, Ahammed said.

“As far as impact is concerned, we got a great response from customers for our regional campaigns. The recent wedding anthem for Brides of India has become one of the most viewed brand advertisements online already and customers have shared some great feedback on it. Our stores have been getting calls, footfalls have gone up, our feedback forms at stores are capturing some great insights and most importantly the sales trend has shown robust growth,” he added.

Mayank Shah, Sr. Category Head at Parle Products said they are focusing more on regional campaigns off late as they want certain brands to penetrate deeper into the market. He said making some regional films is far more profitable for them because then the kind of imagery and brand awareness built is much better.

Speaking about the Maharashtra campaign, he said Maharashtra is one of the biggest contributors to the total Marie market, and it is an important market for them. “Barring Maharashtra, other markets are very language-specific where you anyways have to do local marketing. It makes sense to probably do something in Marathi, then probably doing it in Hindi.”

“When you talk about Marie, it is a habitual product. Unless you don’t relate to it, it becomes difficult to get into a household. The best way to do this is probably to talk to people in their language, decoding the cultural nuances of those markets. It is about not only talking to them in their language but coming up with communication that can resonate with them. So that they can relate to the product and the brand,” Shah said. 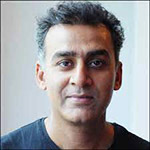 Azazul Haque, Chief Creative Officer at Mullen LoweLintas, who has also worked with Tata Tea Premium for their regional campaigns, said, for Tata Tea Premium they wanted to convey that there is a different blend for each region. “The brand thought if there is a product that is tailor-made for different regions, why not have tailor-made campaigns for every region. By design, it was when we decided that we will go hyperlocal and it is the biggest hyperlocal campaign Indian advertising has ever seen.”

Haque said categories such as food, oil and even automobiles have been recently focusing on going regional owing to the very region-specific appeals of the categories.

Vinod Kunj, Founder, Thought Blurb, said Parle for years has been working on video communication as one of the legs to reach out to newer markets. “When clients are looking at their marketing budgets, and once they figure that they are strong in that region, then it's good to penetrate deeper into that region using the nuances of that region.”

Kunj said the same product gets positioned differently for different regions today and gave the example of how they carried out three separate commercials in three different states for Parle Milk Shakti in West Bengal, Tamil Nadu and Bihar. Not only the commercial but even the proposition was different according to the needs of that market to those particular sensibilities.

Making different films for different regions increases the overall cost of advertising for brands, but they are ready to invest in the space.

“They (regional films) are costly but the benefits outweigh the cost, which you probably won’t be able to achieve in national campaigns,” said Shah. He said while the production cost will be higher, the media cost will remain the same because one will need to buy regional channels to amplify even the national campaigns. “Dubbing is far cheaper than making a film in another language. It would be around Rs 30,000-40,000 per edit,” explained Shah.

On similar lines, Kunj said he once worked on three different films for a campaign and that tripled the budget. However, if you're working smartly with a production house and crunching dates, you can get some production efficiency of up to 25%.

According to Haque, the reason for this is also that it is easy to divide the media. “You can air certain commercial or video content which could be exclusively for Delhi. Only Delhi will watch it and you’ll pay the money for media only for Delhi. That technology was not there before and the media could not offer that feature. Although this was started by Tata Tea, other brands are now taking it up and executing it,” he explained.