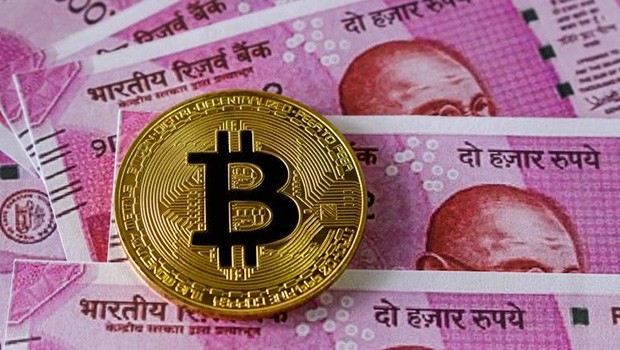 Cryptocurrency exchange brands in India have welcomed the move to create advertising guidelines for the industry.

The Delhi High Court had on Wednesday issued notice to the authorities on a petition demanding guidelines to streamline cryptocurrency exchange advertisements running freely on television.

To protect investors, who are not aware of the inherent characteristics of crypto assets, crypto exchange players should be given the same treatment as mutual funds, the petition said, and listed the Securities and Exchange Board of India (SEBI) and Secretary, Ministry of Information and Broadcasting, Government of India, as respondents, according to a Live Law report.

The crypto market in India has been blooming lately, which has led many crypto exchange players to advertise heavily on television and the digital mediums.

According to Chainalysis, a blockchain data company, the total investments in cryptocurrencies in India witnessed a sharp hike from $923 million in April 2020 to nearly $6.6 billion in May 2021.

Earlier, in June 2021, leading players such as WazirX, ZebPay, Unocoin, CoinDCX, and CoinSwitch Kuber joined hands with IAMAI (Internet and Mobile Association of India) to oversee compliance for crypto exchanges with a set of self-regulatory guidelines. However, the self-regulating measures do not broadly talk about advertising.

Speaking about the possibility of advertising guidelines for these companies, Manisha Kapoor, Secretary-General, Advertising Standards Council of India (ASCI), said, "This is a very recent notice by the Delhi High Court and we are in the process of examining it. If we see that ASCI needs to take certain steps and consider fresh guidelines in the interest of consumers, we will work towards it by collaboration with different stakeholders.”

“The matter in contention is about drawing up advertising guidelines and the need to have proper disclaimers in advertising for crypto assets. While regulations, a constant demand from the industry, will cater to the advertising guidelines, adding disclaimers to all our advertisements that go on air has been a part of our self-regulatory framework. We are committed to safe and compliant measures needed for mass adoption of crypto assets and are willing to adhere to all measures that increase investor protection,” said Ramalingam S, Head of Marketing and spokesperson, CoinDCX.

According to Gaurav Dahake, CEO, BitBNS, while crypto players advertise a lot, most of them run disclaimers. However, the disclaimers are not as long as those run by mutual fund ads, he said, adding while the move is welcome, all the players would have followed the guidelines if they were in place earlier.

Sathvik Vishwanath, Co-Founder and CEO, Unocoin, said while there were some self-regulating guidelines, not everyone followed them. “Now that there is a recommendation from the Delhi High Court, we can expect some kind of guidelines, which are very much required.”

He said most of the communication in ads happens based on the future benefits of crypto but not about the risks. “The investor thinks it will continue to be the same way all the time, which is not true.”

“The end-user must know the risks involved just like the mutual funds ads communicate. However that is not happening in the bitcoin world. It is very important to tell the investor about the risks involved. So this is a welcome move,” he said. Ashish Singhal, CEO and Co-founder, CoinSwitch Kuber, said, “We will wait to hear from the authorities concerned regarding the matter and will comply with their directives. That said, as a responsible company, CoinSwitch Kuber already runs a disclaimer with its adverts.”

Will the creativity of these ads be affected?

The plea demands appropriate guidelines and circulars mandating that the disclaimer text should cover 80% of the television screen, with a slow voice over read in place of a speed-read lasting five seconds.

So will this affect the creativity of such ads?

“Once the guidelines are in place, mediums across like print, TV and digital will have to follow them. I don’t think creativity will be impacted because you can be creative in more ways than one. Even if it's a creative ad, just accompanying it with a proper disclaimer would suffice,” Vishwanath said.

He said while their marketing spends run into a few lakhs each month, which is low compared to other players, they do not wish to change it. He said to educate investors in an appropriate manner, they mostly rely on content-based and influencer-based marketing and on paid articles where the consumer gets educated.

“We communicate not only the good side but also the bad side. Doing this is tricky with direct marketing like on TV or making a cricket team wear your logo. These places don’t really get to tell the complete story. We have been careful about not doing those things.”