Brands that traditionally advertised only on English digital platforms are collaborating with vernacular content. By the end of this financial year, Indian language internet users are estimated to account for nearly 75% of India’s internet user base, showing a strong potential for brands in the regional markets 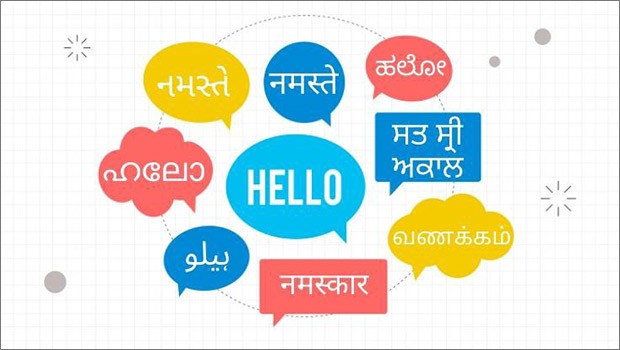 As Indian language content gains more traction online and internet penetration grows across tier 2 and 3 cities, brands are now looking to advertise beyond the regular English platforms on the digital medium.

To understand the trend, BestMediaInfo.com spoke to some industry experts, who said the shift has already begun and will only get deeper in the coming times.

Niti Kumar, COO, Starcom, said it is a trend that happened with print and television and now it is replicating on digital. “As a brand expands its footprint, it would want to enter more markets, and so they include regional media. It's been happening for a while, but the pandemic has accelerated the digital ecosystem. Post-Covid, a lot more people have come into the digital fold. And a lot of them are older people. The slightly older demographic tends to be more comfortable in their mother tongue. And with content and platforms in that space growing, there's a lot of potential for growth,” she said.

According to Sudip Sanyal, Head, Motion Content Group India, there is a definite shift towards regional and local language platforms. “There is an inclination for brands to now explore more opportunities, more content, more platforms in regional languages. A lot more content is being made in regional spaces now, resulting in a lot more focus from brands and products. To reach across India in my opinion, you have to necessarily have a great regional communication strategy in place.”

Brands are looking beyond key metros for scale and business growth, explained Krishna Kumar Revanur, Executive Vice-President, iProspect.  “Earlier, the definition of purchasing power meant having certain targeting filters such as English-speaking audience. But you don’t need to rely on English today to either become rich or to target the affluent section in India. They are not loyal to English. Instead, there is a certain pride in small towns for their local languages and their unabashed native sentiments.”

If brands try to dissect the market from a preconceived notion, they could miss out on large untapped potential, Revanur said, adding, “Probably we need to wear a different lens and look at people for what they truly are rather than on our perception.”

“On the internet, 95% of the content is in English. But only 10% of the Indian population is comfortable with the language. More people from tier 2 and 3 cities are coming on the internet now. They are consuming vernacular languages and hence the content is being created. Now brands have also followed them. The trend has started and it is only a matter of time when we'll see a lot of new changes happening,” Rajagopalan said. According to Uday Mohan, President, North & West India, Havas Media, vernacular platforms have benefitted on other media as well but the shift has been the most pronounced on television and OTT.

“Ad spends, in general, have drastically decreased in 2020/21 owing to the pandemic, which resulted in spends getting reduced across languages and genres. However, on TV, English language channels were the biggest casualty as they saw the highest drop in ad revenue (%)/FCT as compared to other genres. This has been coupled with an increased focus on smaller towns/regions by marketers due to the increase in consumption trends in those markets and work-from-home scenarios, where a lot of people are operating from their hometowns.

Mohan said brands shifted their ad budgets to television after lockdown to reach their target audience as viewership on news content grew exponentially. “Regional language news channels provide an opportunity to reach out to an untapped audience base as the transition for these regional news channels to the digital medium will take longer than English or Hindi news,” he said.

Further, with the rise in OTT and digital viewership, most of the spends shifted from television’s English genre to these mediums as the English viewing audience is primarily a digitally native audience and a regular consumer of OTT/digital content. “Also, as these mediums provide better metrics to monitor and optimise ad spends, it becomes more effective and efficient than English language channels on TV for the brands to gauge the ROI for their spends,” he added.

According to comScore data, as of December 2020, India had a digital population of 468 million, the second largest in the world after China.

These numbers show a strong potential for brands in the regional markets.

Kumar said a lot depends on where the consumers are coming from and where the brand's distribution network lies. “If their product is available in those markets, then they need to go regional. So what publishers are probably seeing is a result of affluence growing in regional-language markets and also the brand expanding their footprint. The non-English speaking audiences can afford premium brands; they are very aspirational,” she said.

Kumar also attributes it to the growing focus of the regional publishers to provide rich content. “They are providing multi-format content. Apart from text, they also have video content, making it easier for everyone to enjoy the content. This increases the reach and so brands start noticing them. In fact, a lot of brands are now also customising creatives to be in regional languages,” she said.

Sanyal said that about 70% of content consumption in digital happens in regional languages. “So, if you have to reach across the different and diverse audiences of India, it is only logical to expand horizons and get more into the regional space.”

Kumar attributes this to the fact that Indians no longer shy away from their identity and instead embrace it with pride.

“The Indian has arrived. Earlier, we would emulate the western way as progressive and aspirational. But now there's acceptance and comfort in our desi-ness and for who we are. Also many folks from small towns have migrated to metros for their jobs and social security. They are still connected to their roots and local dialect. With YouTube showcasing the latest trending content and matched by affordable data plans, they have relatable home-grown content to watch on their personal screen, instead of watching mass/globalised formats,” he said.

Hemant Jain, Sr. EVP & Head, Digital Business, Lokmat Media, said their publication has been collaborating with many brands such as Coca Cola, BMW and Dabur that would traditionally only advertise in English digital publications.

Last year during Ganesh Chaturthi, they did a digital activation programme called Mazaa Modak with Coca Cola. While these brands have advertised in print, they would not generally advertise on their digital counterparts.

“According to comScore, from March 2020 to March 2021, there have been nearly around 62 million new internet users in India and they are coming from the regional markets of India. If you look at the economic data, the disposable income available in the urban markets versus in tier 2, tier 3 cities are equal. In the first phase of the pandemic, FMCG brands shifted their focus to these markets because they were less infected and there was a high consumption demand. The best way to reach out to them is in their own language,” he said.

However, he feels that for a traditional media buyer, the preference is still for the English language. “Many a time, they find it challenging to create content with the right material when it comes to local languages,” Jain said.

So how are brands reallocating their spends towards vernacular content? Kumar said usually, it's a layering of spends. “They need to cover their English audiences, so that is in place. But over and above that, they get additional coverage through regional. We wouldn't usually recommend reducing from English, unless there's a reprioritisation for the brand, and increasing for regional,” she said.

Rajagopalan said, “This is at a very recent stage. It is still at an experimentation stage. Maybe in the next year or two, brands will get the right formula.”

Sanyal explained the advantages of the regional medium through the example of their Tamil show Vallamai Tharayo.

“Every brand doesn't have the same purpose or objectives across markets as habits are different across regions in India. Now, when you address a challenge like that through a content piece that is regional in nature, where the content has a far greater connection with the culture and the ethos of that region — automatically, the acceptability is far more, rather than in a language that the region does not identify with. We did this in Tamil, and we saw the benefits in a huge way. And similarly, we are now launching another show in Tamil with relevant content specialists where brands are talking to us about challenges and objectives in that market and how we can address them in a seamless and integrated way through our content,” Sanyal said.

Rajagopalan said while these platforms give an advantage of customisation for the brands, making them more relatable to the cultural nuances of the region, it also becomes a challenge as to how well they can customise it. “People in smaller towns have very different cultural references from those in the metros. Their pop culture, the way they talk is all different. Brands need to understand that and to appeal to that particular audience, they need to customise it correctly and bring that flavour. Publications should also provide that option,” he said.

Rajagopalan also feels there is a need for publications to provide more content in vernacular. “Niche content or content targeting specific sections are not provided in vernacular languages. It is largely in English. We see a lot of regional content in OTT or video space, but not so much in the written space. The vernacular readers would like to access that content and publishers need to bridge that gap,” he said.

Kumar feels these publications need to do more focused marketing in terms of making consumers and brands aware of their existence, and be open to experiment in content. “These platforms get overshadowed by the English ones. They need to do some focussed marketing to build a little bit of personality among readers and marketers. And experiment a little with content and format. It will help increase engagement and make the platform more prominent,” she said.

The vernacular publications provide a nostalgic connection and act as anchors for the (migratory) reader, Kumar said. However, he feels these platforms need to provide more multi-format content and need to be brief and engaging.

“Today the audience wants clarity but are impatient and restless. We need content to embrace the above and further understand the new premium. Today my money or subscription might not be a premium, but my time and attention definitely are,” he added.

Jain believes local publishers should see better yields in the coming times. “An English portal easily gets 2- 2.5x of the yield a regional publisher today gets,” he said.

Jain expects that the online news publisher will soon be the digital agency of the future for a brand. “He has got great on-ground connections through their network of reporters. So this whole phygital model of digital plus physical is what publishers can easily offer. Second, we have our own in-house studios where we create digital content. We understand the audience, we understand the whole science of content creation and that language and we're able to provide better value in terms of speed and optimisation to an advertiser. Lastly, brands want to reach out to specific cities. We have a cutting advantage of an understanding of hyperlocal ecosystems; thereby we are able to create content in that specific dialect on topics which are relevant to specific geography,” he added.