The Chief Operating Officer of Viacom18 Digital talks about the growth that the exclusive premiere of Big Boss on Voot will unlock, along with added value for advertisers. He says the digital-first approach will not impact the TV business 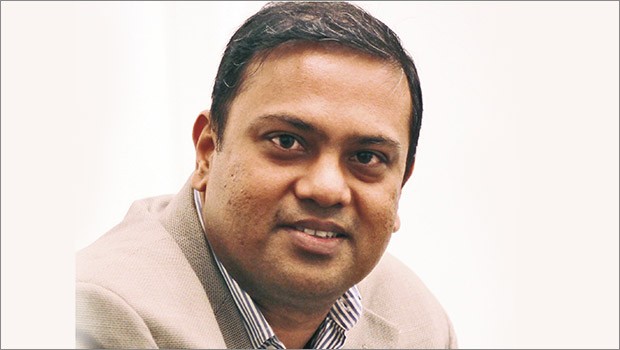 This season, Viacom18 will exclusively bring its marquee property Bigg Boss to its digital platform Voot for six weeks. After its exclusive launch in August on digital, the show will be shown on TV in a fresh avatar.

Explaining how different the digital season will be, Gourav Rakshit, COO, Viacom18 Digital, said it will be very immersive for viewers and there will be a lot of interaction.

Rakshit said the core and format will be the same and although there will be packaged episodes for the AVoD audience, 24x7 access for paid subscribers will push a lot of things in terms of entertainment. He said viewers can send their feedback, engage with contestants and send tasks.

Explaining the details of the format he said, “We will keep the everyday episodes because there is a familiarity angle with that and we do not want to make too much disruption. It has a massive fan following and is probably the most-loved entertainment property in the country. To that extent, we are bringing people on but we also want to keep what we already have and go beyond that.”

“We will have season 15 of Bigg Boss on TV for sure. This one is a complete segment in itself. In the West, Big Brother is done as a six-week show; so it is an end-to-end show with a finale and a winner. There will be some transition of contestants from here to there. We are still figuring out the details of that so there is a thread between the two. Digital-first here means that no one else has put a marquee entertainment show exclusively and run a digital-only version of it. That is a huge digital-first, very pioneering in my view,” he added.

Rakshit said as digital video already has a presence in most parts of the country, they are not trying to build new digital audiences but offering them an exclusive property. “Everyone in India is consuming digital video, so there is only a paradigm of the kind of shows they watch on TV and digital; that is where the transitions will happen. I think there's a huge digital video audience and we are just giving them a digital-first proposition.”

Lately, many OTT platforms have been playing their network’s strong property on digital in a big way to drive more subscription revenue. For example, Disney+Hotstar bets big on IPL. “Theirs is an entertainment property and a comparison with a sports property is difficult,” Rakshit said.

“The focus on subscriptions is very real and it is going to be the future of digital media and streaming. I think that is recognised by everyone in the ecosystem and everyone is putting their best foot forward; in our case it is certainly Bigg Boss,” he said.

Speaking about advertiser response to the digital-first version, Rakshit said most advertisers are happy with it and not hesitant about coming on board. He said they already have strong traction on digital and have been playing it for a long time. “We're not guessing how it will do; there is enough proof in terms of the past for advertisers to buy into the digital rendition of Bigg Boss. The advantage here is that it is digitally exclusively here. That's in keeping with our philosophy of going digital-first and that is very much Viacom18’s thrust.”

“There are new advertisers who have not done this before and so a six-week property is attractive to them. Some advertisers are liking this high-intensity property. Others want to play on television so there's no real skew in that sense. However, from what I am seeing, most of the digital advertisers are happy to play on digital. There are very few brands that don’t have a digital presence today. So in that sense, any brand with a digital presence is quite comfortable with working on Bigg Boss OTT,” Rakshit said.

He said even categories such as FMCG, which three years ago were not keen on digital, have a significant digital presence today. Reality content works very well for these players as it allows things such as brand and product integration outside of pure-play advertising, he said.

On his expectations in terms of revenue for this version, he said there is no expectation as they are doing it for the first time but are expecting a three-time growth in traffic.

Asked if the exclusivity of the TV version will be hurt with a digital launch, he said they are not breaking ground as they have been double landing on digital with TV for long. And that coexistence will continue.