Though the audience size may be small, podcasts offer brands a niche affluent audience with high conversion rates. BestMediaInfo.com speaks to industry leaders to understand how brands can make the most of this growing medium 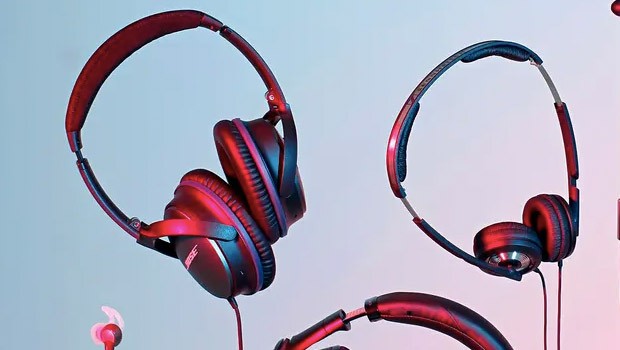 With the proliferation of podcasts in various Indian languages, the perception that the audio medium caters only to the English-knowing and -speaking metro audiences is fast changing.

Increasingly, people in tier 2 and tier 3 regions are tuning into podcast platforms to listen to content in their preferred languages. This has provided a huge opportunity to brands as it helps them reach out to a niche podcast-listening audience.

Confirming this trend, Tapas Sen, Chief Content Officer at Entertainment Network India Ltd (Mirchi), said, “It is slow on the uptake, but you can literally see the change. People are now understanding that podcasts are great audience-delivery platforms. For example, if you have a podcast for golf or rowing or fencing. The number of people who play these sports may not be high, but for the brands that want to target these players, where else would they get such a strong concentrated audience? So even if the numbers are small, the conversion rate is going through the roof for them.”

Sen said these podcasts are eventually audio stories and so are not limited to being a metro phenomenon. “These stories originated in these tier 2, tier 3 towns. Now people are able to identify those interesting stories on the podcast platform. So a lot of work needs to get done to establish the connection between the stories and podcasts. It has already started happening but as more people realise that, they’ll know it's something everyone can relate to,” he said.

Amit Doshi, Founder, Indus Vox Media (IVM) Podcasts, agrees that there has been an increase in the number of people listening to content in other languages but says the audience is still concentrated in urban areas.

“Four cities—Mumbai, Delhi, Bengaluru and Hyderabad—take on a fairly large chunk of the overall audience. There are probably another 75 cities in India having more than a couple of 1,000 downloads a month. This means small cities are also consuming the content, but it doesn't compare to the consumption that occurs in the larger metro cities. So while there is a fairly large number of the population listening to podcasts, it is almost entirely in the top 100 cities of India. It's difficult to know it has spread beyond that, but I believe that most of the listeners right now are urban. It doesn't matter how small the city is, if it's an urban agglomeration, there will be podcast listeners,” he said.

While this provides them a vast opportunity to grow, Doshi feels the perception of podcast being an English-metro product still sticks on, making it difficult for these platforms to get brands on board. “When they look at the numbers, they see 50% of the audience is coming from Mumbai, Delhi, Bengaluru and Hyderabad. Brands that are targeting the rural market stop there. One of the challenges around podcasting is that location-based delivery of advertising is a little tough to do at this point in time in the current ecosystem,” he said.

Sreeraman Thiagarajan, CEO, Aawaz.com, also said Indian language podcasts are picking up on their platform. They have podcasts in several languages such as English, Hindi, Urdu and Marathi. However, English only forms 20% of their content. Their major markets are also in Lucknow, Indore, Jaipur and Patna. During a panel discussion as part of PubVision, a gathering of digital publishing companies organised by the Internet & Mobile Association of India (IAMAI), Shiven Khanna, National Head, Digital Ad Sales, India Today, had said some of their Hindi podcasts on Aaj Tak Radio are trending as top news podcasts on Apple and they are also looking to expand in other languages.

“We saw a big gap in the podcast market because predominantly everyone has perceived podcasts as being urban-centric or leaning towards English-speaking audiences. With Aaj Tak Radio, we have created a whole new audience. Today when I’m talking to marketers, tier 2 towns are in the top 5 whereas the top metro cities are not. That’s the penetration and by going local, we have added a new audience for podcasts,” he had said.

According to Rajeesh Rajagopalan, National Business Head, Grapes Digital, brands are still a bit wary about putting their money on regional podcasts. “Podcasts are very new. Also, there's no measurement system. So it's difficult to know the reach. And even if they have the numbers, they are not big enough for brands. It's really very niche for brands. And podcasts are also trying to figure out how to monetise it. So brands are not going the entire way on podcasts,” he said.

Earlier, there was a dearth of Indian language content in podcasts, and this lack of supply naturally led to a lack of demand among the audiences. Since podcasts were available only in English, they remained inaccessible to a large population. Now across platforms, podcasts are available in many other languages other than English. The growth was fuelled by internet penetration going beyond the cities and high-speed data being available at nominal prices.

Mirchi has a Bengali podcast and they plan to expand to all languages they broadcast in. “There is tremendous potential here. There is a dearth of good content and good podcasts that represent the local ethos, culture, literature, stories, sensibilities,” Sen said.

What works in the favour of regional podcasts is that language doesn’t become a barrier. “There are a lot of people who can’t read the language, but they can understand it. That is the power of audio. Unlike the written word, in audio more people can follow it,” Sen said.

He said podcasts work very well for the Indian audience. “India is an emotional country and it loves its stories. And so any format that tells stories is popular. People are gradually discovering that it is also a storytelling medium. Though the podcast is a technical word, it includes a lot more. Even audiobooks are podcasts. Through these podcasts, they can now access stories that earlier they could not. That's why it is no longer limited to only the English audience,” he said.

Sen said that the way millennials and Gen Z—the biggest consumers of podcasts—approach podcasts are completely different. “The millennials are approaching it for information disbursement. On the other hand, the Gen Z podcast is for self-expression,” he said.

He said the podcast is a ‘celebration of the longtail’. “The podcasts provide curated audiences with very high conversion rates. Brands have understood that podcasts have to have different metrics for measurement. Essentially it is for all the things which are not mass. The numbers are very small, but it doesn't matter. There will be brands that are interested in them because they may like the socio-economic category that they come from,” he said.

This niche audience provides brands a great opportunity to collaborate. “For brands, there's tremendous value in talking to affluent people living in non-metro markets. Also in smaller cities, there is a clustering effect when it comes to purchases. So if the most prominent person in that city buys a particular kind of car, it becomes extraordinarily aspirational for other people. The degree of memorability with podcast advertising is incredible compared to any other medium. Podcast has 60% unaided recall and 90% aided recall, as opposed to 10% and 18%, on digital video for ad recall. All of this put together is really beneficial to a brand to target regional language content,” Doshi said.

But Doshi cautioned that the medium is not for everybody. “This is not the medium to sell detergents or shampoo sachets. This is the medium for people who are looking to sell high-value items but in the smaller cities and eventually even in towns and villages,” he said.

Thiagarajan said brands can reach out to more people through regional-language podcasts. “Look at Sun TV. Though it is a regional channel, their revenues are much more than the major English dailies. Reach is much higher with them,” he added.