India's advertising sector is hoping that upcoming festive season may bring back some growth. However, as the fear of a third wave of the Covid-19 pandemic looms large, agencies are putting in place a contingency plan to deal with the potential crisis

Though the second wave is gradually coming under control in most parts of the country and vaccination is catching up, businesses are still fearful of the third wave of the Covid-19 pandemic and are making provisions to deal with it. India's creative industry is no different.

Several public health experts have suggested that the third wave might clash with the festive season in the country and as a result, advertising agencies are in a catch-22 situation as they have a lot of pending work from the lockdown period and have also prepare for the upcoming festive season.

The increased frequency of campaigns during the September-November period has made industry hopeful of recovering some lost ground in terms of revenue. 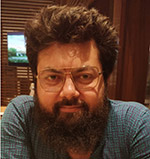 According to Bodhaditya Deb, Vice-President, AutumnGrey, there is a backlog from April-May and June that needs to be completed first. He said now that many people have at least got their first vaccine shot, they are venturing out to complete the pending shoots.

Asked if they have started preparing beforehand for the festive period, he said they will start thinking about it in a couple of weeks. “Hopefully we will be able to pitch all our festive ideas to all our clients by August and close all festive-related shoots by September,” he stated.

“It's going to be a crazy two months for sure. We just hope and pray there is no third wave at all and that we all get to work our hearts out and leverage all the possibilities and opportunities that come our way during these two months. Things have been a little unsure till now. Till a few days ago, we were not even sure if this year’s IPL season will be completed or not, whether the T20 World Cup will take place at all and if yes, where would it be held. But now we have some clarity and we all in the industry are gung-ho about what’s in store for us in the coming two months,” he added.

Citing similar views, Emmanuel Upputuru, Chief Creative Officer, Cheil India, said when you think of brand campaigns you always try to be positive and hope things don’t turn out bad. “We know there is a sentiment that the third wave will come with the festive season but we don’t plan for that but we can’t ignore it also. So while we have started thinking of it, we have not planned right now.” 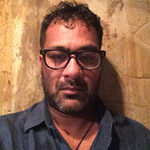 On the other hand, Rajesh Ramaswamy, Founder of Script Room, said they are brainstorming and researching much earlier as things are unpredictable right now. He said many people have advanced their plans keeping the travel and shooting restrictions in mind. “For campaigns needed in August, you start work around May. However this time for campaigns needed in October and November, the brainstorming has started much earlier. Everybody has kind of learned how things move from the past one-and-a-half years.” 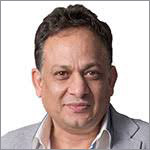 However, according to Mahesh Chauhan, Director, Salt Brands, while the routine work is on right now, the festive season is ‘now’ for the country. “From what I am reading in the newspapers, the festive season is now. Shimla, Nainital, Mussoorie are full because people are fearful of the third wave. They have got a window now and they believe the wave will come again so let’s celebrate now.”

He said the time of planning much in advance for the festive period is over. This is a high-performance world and they have turned around campaigns for clients overnight. Chauhan also said the festivities this year might be much more muted compared to the first wave.

“I suspect that the festival activity this year will be far more restrained also because a lot of people have faced bereavement in their families. It will be far more intimate as opposed to being public. It may be the season that might not see the spikes we have seen in the past.”

What will be the overall communication strategy this festive season?

The festive season this year is clashing with the pending IPL 2021 matches in September. Most brands usually have different communications for IPL, which is a festival in itself, and the traditional festive period. At a time when both are clashing, agencies and brands have to be careful about not coming out as insensitive with quirky, funny ads in case a third wave comes along. In this situation, what will the strategy be?

According to Deb, brands must be cautious and focus their spending on digital mediums. “There is complete flexibility and you can make all kinds of changes to your media plan even after going Live and keep optimising the plan based on its performance on a day-to-day basis. So in case of the unfortunate eventuality of a third wave, every brand will have the option to avoid markets/ states/ cities/ areas that are heavily impacted by it. However, we just hope and pray that such a situation never arises,” he said.

The strategies will have to be blended for upcoming campaigns, said Ramaswamy. While a festive campaign usually is very thematic in nature, and new launches are centred on IPL, some new launches have been clubbed with the festivals as a lot of advertising was on hold, he explained.

He said even in terms of taking Covid as a context, advertising themes may go back to normal. “There is going to be a lot of actual information that is going to be in the campaigns and not just festive themes. The strategy has become threefold as people have combined their offerings for media opportunities.”

On the other hand, Chauhan suggested that positivity and warmth must be communicated in campaigns. Asked how brands balance between being positive and insensitive, he said, “Being quirky and funny is fine but warmth, cheer goodness, positive stories might do very well in the current environment.”