After a strong recovery earlier this year, the newspapers again saw a decline in revenue after the second wave. With cases coming down and states opening up, the newspapers are again optimistic of their fortunes changing

Last year, as the first wave of the Covid-19 pandemic came to an end and lockdowns across the country eased, the non-English print media was optimistic of a full recovery. The festive season also fuelled a much-needed spike in ad revenue.

The second wave, however, brought about a decline in business once again. Now with cases coming down and states opening up, the regional newspapers are once more optimistic of their fortunes changing.

After the first wave’s impact, Malayalam newspaper Mathrubhumi was steadily improving its ad revenues from August. The publisher recorded its best ad revenue in the last financial year in February. However, revenue began declining again after mid-April and was particularly bad in May and June. The ad revenues saw a drop of about 75% in May this year as compared to an overall 20% drop during the first wave. 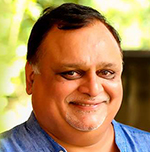 “It is almost back to normal now. With cases coming down and the lockdown opening up, we have seen an improvement in the last three to four days. The complete lockdown was lifted in Kerala from June 16. So we are seeing a slight momentum now. I don't know if it is sustainable or not, but some categories are coming back. It will gradually pick up in the next two to three weeks,” said MV Shreyams Kumar, Managing Director, Mathrubhumi.

DB Corp Limited, which publishes Indian-language newspapers such as Dainik Bhaskar, Divya Bhaskar, Divya Marathi and Saurashtra Samachar, saw a drop of 32% in their total revenue in the last fiscal year. However, they expect things to only get better from here.

“As it seems now, things should get to normal faster than last time because everybody, from the government to individuals, has understood their mistakes, what precautions they need to follow, and how to prepare for an emergency situation. Hence, we shall not repeat the same mistakes. Plus everybody wants to move on and get back to normal life to restore what is left, and at the earliest. This is mostly driven by tier II, III cities and beyond since the impact of Covid-19 was much less there,” said Harrish Bhatia, President, Sales & Marketing, DB Corp Ltd.

Hindustan, a national Hindi daily, also faced similar challenges during the first wave of the pandemic with very poor ad revenue. Just as things were picking up, the second wave came in and the lockdowns once again brought down their ad revenues in the first half of May. However, the situation was not as bad as last year. When it comes to circulation, they saw 85% dip in the early days of the pandemic. Even that has now almost reached pre-pandemic levels now. 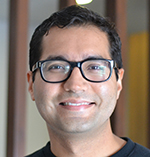 “We doubled up on the entire distribution outreach with our consumers, so now our circulation shares across markets have improved. We gained more from our competitors and we are almost at our pre-Covid level. Even our advertising volumes are building back every day. We operated in the zone of 60-odd columns of advertising that fell to about 30-odd columns last month. But now it is building back and currently we are at about 40-odd columns,” said Saurabh Sharma, National Marketing Head, Hindustan.

“During the second wave, the recovery was much better. Categories that require a physical store like jewellery, automobiles, etc, did not come to us for advertising. However, e-commerce, edtech, FMCG and all essential services continued to advertise. Also, many brands used this time to cement their presence. Every medium has a certain amount of clutter present. At this time, the clutter was at its all-time low. Brands used this as an opportunity to get noticed,” he added.

Similarly, Tamil newspaper Daily Thanthi’s ad revenues also started picking up from August and did well until April-end. However, in the second wave, the state imposed a strict lockdown and since then business has been poor.

“After the election results on May 7, the state imposed a lockdown. The volumes were low that one month. In Tamil Nadu, the education category is big, so that was a little bit active in May. We started getting some business from there and e-commerce. After the lockdown was lifted on June 14, the business has been good,” said Krishna Shetty Skandraaj, Chief Operating Officer, Daily Thanthi.

Another Tamil daily on the condition of anonymity said the total lockdown has hit their ad revenues, forcing them to reduce pages. The education ads came as a saviour for them as well. They are now hoping things will pick up next month.

Last year, the pandemic did not affect the vernacular newspapers as much as the English dailies. According to the EY-FICCI report on the media and entertainment sector, in 2020 advertising in English publications fell by 52%, while advertising in Hindi and regional language publications reduced by around 35%.

In fact, Hindi newspapers grew their share of ad volumes by 4%, continuing to be the largest contributor to ad volumes, bringing in 41%.

English language publications had a slight de-growth of 2%, bringing in 23% volume share since 2018. Yet, 36% share of print advertising volumes were from vernacular language newspapers. This was a fall from 39% in 2019.

Experts suggest that during the second wave, the numbers were as bad for the Indian-language newspapers. These publications have a huge readership in rural parts of the country. Unlike in the first wave, the second wave affected these parts as well, forcing brands to reduce advertising spends in language papers.

In the current calendar year, the adex for print may see double-digit growth over 2020.

During the second wave, Kerala observed a strict lockdown. During this time, the newspapers they were receiving only FMCG and personal ads such as matrimonial. Now with things opening up, they are getting more ads from the FMCG and auto categories.

The circulation also saw a dip of 3-4% during the second wave.

“Some of our agents tested positive for Covid. We made alternative arrangements. We are now getting our agents vaccinated,” Kumar said.

Speaking about the categories that continued to advertise during the second wave, Bhatia said, “In times like these, everything gets affected for a very short period. But once things start getting normal, some people move faster than others because they believe in creating that atmosphere for their end consumers. Those who understand, be it retail clients or corporates, will grab this opportunity.”

After witnessing a decline during the first wave, circulation had returned to 90% of the pre-Covid levels. By the second wave, readers were aware that the coronavirus doesn’t spread through newspapers and this ensured there was no impact on circulation.

“We were true to the core philosophy of being reader-centric. Our Covid coverage has been captured by the international media such as NY Times, The Guardian, BBC, CNN and Singapore Times. We were the most credible source of information for our readers. Global Newspaper NY Times requested for a specific article by our National Editor Om Gaur, endorsing the credibility of Dainik Bhaskar Group’s coverage. These factors ensured we were in demand. In some states, we made more inroads into our competition homes,” Bhatia added.

With Kerala preparing for the third wave and the festive season set to begin in a couple of months, Kumar is optimistic of a swift recovery. “If the situation remains like this, we are pretty optimistic. The positivity rate is below 10% and vaccinations are picking up.

Dainik Bhaskar also believes this season will be better than last year.

“It holds huge promise as everything is behind us and all preparations have been made. Earlier, customers had apprehensions about buying a new home or car. But now they are clear that they need to invest in these things and ensure the safety and health of their families. People are also fed up of working from home for so long and will come out to celebrate life again,” Bhatia said.

Sharma believes the worst is behind them. “We are terrible optimists. It's only going to get better from here on and only good things will happen. We will learn from our mistakes, reorganise ourselves and distribute our resources in a very efficient manner,” he said.

Skandraaj expressed similar optimism. “Things have improved a lot. The positivity rate has come down and the state has opened up. We are hoping the revenue will see a rise from Sunday. Next month, the Tamil month of Aadi will begin and brands will want to showcase their products. Things will pick up then,” he said.

Aadi is considered inauspicious in Tamil Nadu and traditionally people do not purchase anything new during this time. So to drive sales, store owners offer attractive prices and go on publicity drives.

“Unlike the metro cities, circulation has not dropped much here in Kerala. We’re trying to convince the clients and give them well-integrated solutions,” Kumar said.

While their digital revenues have been picking up with a rise in traffic and the number of unique visitors increasing, it still doesn’t compensate for the losses incurred on the print side. “Our print revenue is far too high,” Kumar said.

Garnering a large share of the flurry in advertising as festivities bring cheer to print media, says Dainik Bhaskar