Sanyal is CEO of Platinum Outdoor. MRP will now have access to the talent, expertise and client base of Madison. He joined Madison in 2004 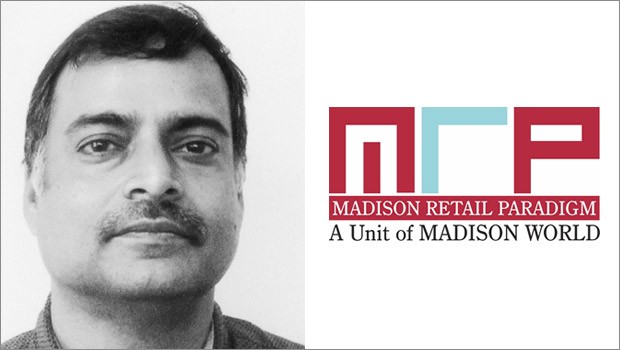 Madison World has announced that Dipankar Sanyal, CEO of Platinum Outdoor, will take additional charge of Madison Retail Paradigm (MRP), the retail specialist unit of Madison World. With this change, MRP will now have access to the vast talent, expertise and client base of Madison.

MRP is the retail specialist unit of Madison World and over the years has built a large body of work specialising in retail store design, visual merchandising design and retail signage. The unit works with clients such as Disney, Ceat, Bandhan Bank, L&T (L&T Electrical & Automation), Schwarzkopf, Dabur, Himalaya, Sebamed, Westside, Tata Consumer Products and many others. MRP had already recently strengthened its team and expanded geographies to meet the retail needs of demanding clients all over the country.

Sanyal joined Madison in 2004 as Assoc General Manager of Moms Outdoor and got promoted to CEO, Platinum Outdoor in 2015. He has played a big role in building Platinum Outdoor as a formidable Outdoor agency that it is today.

Vikram Sakhuja, Partner and Group CEO, Madison Media and OOH, said, “Dipankar has been a great asset to the leadership team of Madison and it is fitting that he gets additional charge of MRP. I see a lot of synergies between the capabilities and expertise of Outdoor and MRP and I am sure the large client base of Madison OOH will substantially benefit from MRP’s specialist design and implementation skills.”

Sanyal said, “There is a lot of potential in the retail space to explore and I’m happy to be given this opportunity to also head MRP in addition to Platinum Outdoor. We have very aggressive growth plans for MRP and we intend to make MRP a significant player in the retail space.”

MRP is a part of Madison World which through its 11 companies served last year as many as 500 advertisers.