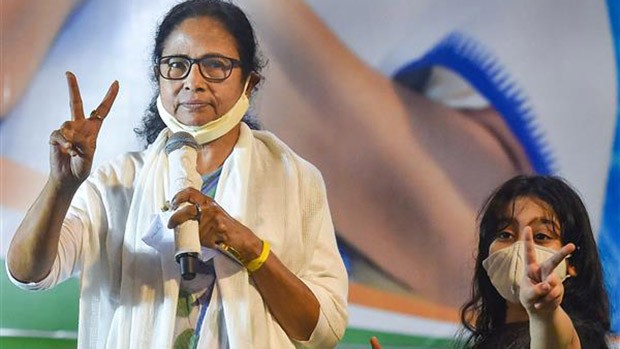 It cannot be denied that the victory of the TMC in Bengal was a mammoth triumph of a resilient regional entity over a formidable national player. While not venturing into political evaluation, frankly not my biryani, there are huge learnings for brands seeking to hold on to their forts or conquer new territories.

A natural advantage enjoyed by a regional brand is emotional affinity, be it Keo Karpin Hair Oil or Shalimar Coconut Oil. So a major stock in trade for Mamata Banerjee was the Didi Factor, which she exploited rather remarkably in the campaign messaging, including advertising. A truly differentiated advantage made relevant by relentless focus, including the much-celebrated wheelchair addendum. Unlike the lofty manufacturer’s statements of the BJP, with gargantuan promises devoid of suitable right brain softening. So a tip for regional brands is to up the ante on compelling regional biases which cannot be matched by the features, budgets or scale of national or global players. Especially for those connected to family-led consumption occasions and thus a natural adhesive for sentiments.

The second learning is the intelligent application of local icons driven both from insights and the potential for influence. What the national brand failed to realise is that the poet laureate Tagore is an educated Bengali’s icon and not a mass magnet like Netaji or Ganguly. So the choice of metaphor, however physically becoming, was simply not appropriate for the masses and thus destined to backfire. To the contrary, the TMC understood the sensorial potential of this association and chose to play Rabindrasangeet in traffic signals, for many a year by now. Regional brands understand regional symbolism and this is a strength that must be exploited, sincerely and progressively. For in an increasingly hyper-local world, there will soon be a supreme renewal of meaningful affiliations.

What Didi did well, quite expectedly, was the application of the local language in all fruitful customer engagements, however obvious it may sound. So her choice of invitee endorser was the Bengali expatriate like Jaya Bachchan and not the hordes of Hindi-speaking worthies representing the BJP. And by local language, I also mean localised nuances in dialogue and dialect, as opposed to a one-size-fits-all universal messaging. This potentially makes the local customer marginalised, thus further dimming chances of intuitive connectivity. When Asian Paints chose to make its Har Ghar Kuch Kehta Hain TVC in Bengali, the brand hired poet Sunil Gangopadhay to recreate and not just translate but this is not a common practice. Regional brands must take full advantage of language ownership and play it to its fullest outcomes.

TMC was also on top of the worldview game, as the opposition faltered relentlessly on this critical path. Bengalis may be lazy, ill-tempered, snobbish and occasionally crooked but they are most certainly not communal. For all holy and unholy acts, folks from all communities unite and this is quite a well-entrenched life truth. Equally, we are passionate about our diversity in food and laissez faire in minor romantic associations – so the Romeo squad story may have been valuable for UP but a sure bummer for the BJP in Bengal. The plethora of social media posts marking Olypub safe is a subtle indicator of the same, this institution the spiritual home of the Chateaubriand beef steak. So it is necessary to understand the native cultural nuances of living and play strategies around it.

Not that the TMC is a mild-mannered party, but in terms of empathy it overwhelmed the BJP and its native arrogance. The latter followed a blitzkrieg strategy of imposing a set of diktats cloaked as values and that did not quite capture the fancy of the sensitive bhadralok. What Bengalis historically hate is the diktat of the non-Bengali and the stentorian speeches of the well-meaning PM did not quite make the cut in this regard. If only there was a local leader of substance, there would have been a possible difference but then that must be the learning for 2025. Nothing frightens us more than the imminent takeover by a suspiciously philistine eco system and that is possibly why our only long-term conquerors were the honourable Englishmen, who were tyrannical but cultured folks. A valid learning for brands as well as these deep rooted sensibilities is vital for the continuance of regional and infiltration of national brands.

National or global brands across categories are always hungry to devour successful regional entities and like many resounding corporations, the BJP was no exception. But apart from every other diagnosis, it failed to apply Brand Management 1.0 and that is why it must occupy the opposition ramparts. Put yourself in the shoes of the customer, my dears, and only then will their votes be yours.