It was a very high-risk, high-reward campaign: Unacademy’s Karan Shroff on its IPL 2021 campaign

The ed-tech major will return with its IPL campaign if the tournament resumes or else it will divert its marketing spends to other streams. In the meantime, it continues to build other traditional and performance-linked campaigns 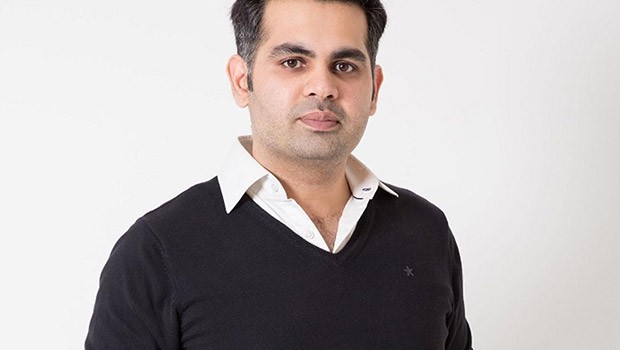 On May 4, the Board of Control for Cricket in India (BCCI) announced the suspension of the Indian Premier League’s (IPL) 2021 edition after a couple of players tested positive for Covid-19.

The decision came as a shocker to the marketing industry as several stakeholders’ monies, time and efforts were at risk with the suspension of the cricket tourney. But the consensus among brands, agencies, BCCI and Star India boiled down to choosing human lives over anything else.

BestMediaInfo.com caught up with Karan Shroff, Chief Marketing Officer, Unacademy, to know about the ed-tech giant’s marketing strategy after IPL’s suspension, his thought on BCCI’s decision and to talk about their IPL ad campaign that was purposely made to not look like an ad.

Unacademy is the official partner for the Indian Premier League for three seasons. During its first year of the association last year, Unacademy released a film titled ‘Cracking the Game’. It is also the Associate Sponsor on Disney + Hotstar for IPL this year.

Because of the suspension, Unacademy had to halt the IPL ad campaign as it was made in a way that it could run only during the cricketing extravaganza.

Shroff said, “We are waiting to hear what’s going to be the way forward for the rest of the league and then decide the strategy going ahead. BCCI should decide something over the next few days. We will then evaluate and pivot accordingly.”

Unacademy’s IPL 2021 campaign is in the form of a hijack of the commentary box. The ads, having a match-like setting, feature candid conversations between commentators Harsha Bhogle-Sunil Gavaskar and Aakash Chopra-Virendra Sehwag.

The 15-second TVCs were appearing at the end of ad breaks and start with footage from the match, giving the audience the impression that the match has resumed. When the scene cuts to the commentators in the box, they discuss the match with subtle references to Unacademy and ends with a single shot of the Unacademy banner on the ground.

It’s not that Unacademy will completely pause its advertising until BCCI announces a concrete decision about the future of IPL. The brand will continue to run its traditional marketing and performance-linked campaigns in between. “All our other activities remain constant from a communication perspective. It’s just this one campaign that has come to a halt,” Shroff said.

Talking about how Unacademy perceives BCCI’s decision to suspend IPL and its impact on the brand, Shroff said, “These are unprecedented times. While the league might have been paused for the time being, we have all chosen to support the decision. I don’t see it as a huge blow to us given that we have multiple initiatives running, including our web series, Aspirants, which was launched around the time of IPL. It’s a small roadblock in a rather beautiful journey.”

If IPL gets canned completely, Unacademy will divert its marketing spends allotted to IPL to other streams and touchpoints. Shroff said, “We would look at other options to reach out to learners and stay in touch with them. We will continue to build our property ‘Legends of Unacademy’ again during the lockdown. We will drive other initiatives if IPL is canned. But it’s too early to discuss other plans.”

It’s a wait-and-watch situation even for the agencies involved and broadcaster Star India, who are about their payments and plans. Talking about how IPL will impact brand partners, Shroff said, “The creatives have already been made. The people who have done their job should be paid. Once the decision is made, I am sure they will all come to a consensus. We are working with extremely professional people. They are very supportive. We haven’t seen anything unreasonable from their end so far. We have paid for what we have been served so far.”

In a very interesting format that has never been done before by any brand in India, Unacademy’s ads were executed in a way that it looked like a part of the game. The campaign was ideated and executed along with the brand’s agency Lowe Lintas. The films have been produced by Radhika Films and directed by Suresh Triveni.

Talking about the thought behind creating something like this, Shroff said, “We wanted to stand out this IPL. The interesting idea that popped up was to make an ad that doesn’t look like an ad. We wanted to grab the audience attention. Several other brands present at IPL were doing great work. We wanted the campaign to look as authentic as possible otherwise it would have got entirely tanked. It was a very high-risk high reward campaign.”

The brand took footage of existing matches from BCCI to fit into its ad campaign. Unacademy designed the commentary box exactly the way it looks in the current IPL season, right from the uniform to the brand logos. “It was all done intentionally, including the sound score, the music, the camera angles on the commentators and the commentators themselves. It was built to look as authentic as possible to draw attention to the ad,” said Shroff.

In total, the brand had created 28 edits of the films. The footage and the edits kept changing with the matches. Only the commentators remained the same. For example, the brand had one spot where the empires were shown walking in and commentators saying they are back live.

Giving due credits to the agency and the production house, Shroff said, “Our agencies and the production house are extensions of our marketing team. Given the current challenging times, the kind of compassion and teamwork the agency showed is commendable. Everyone carried it like their own project, be it internal or external agencies. All this led to the campaign becoming successful.”

The ad campaign has received an overwhelming response, which can be gauged from the kind of conversations that happened on social media. The brand search also went up two times in comparison to last year’s IPL campaign by the brand.