Conversations around the toxic working environment in the advertising industry are hogging headlines again. As the industry faces losses due to the pandemic, we ask experts how a balanced environment can be created to help employees navigate the crisis both at home and at work

The recent incident of two Cheil India employees losing their lives due to Covid-19 has again brought the spotlight on the increasing toxicity at workplace and employers showing lack of compassion towards employees during the national health emergency.

Cheil India, however, has denied any connection with the unfortunate incident. The agency said it had kept its offices opened keeping government guidelines in mind and it wasn't forcing all employees to attend office, contrary to what was being said on social media.

Several posts on LinkedIn, including one by an ex-employee, alleged that Cheil had made it mandatory for employees to attend office during the peak of pandemic and that was the reason two of its employees were infected with the virus in first place.

The incident, however, has once again highlighted the need for a better working environment for employees of the advertising world who have to often work in stressful conditions, and are expected to work on holidays with no defined working hours.

People losing jobs, agencies losing pitches and business were also the reality last year that affected employees largely. Advertising was one of the worst-affected industries when the pandemic hit the country in 2020. In such a situation, how can agencies find a middle ground and ensure the well-being of their employees?

According to Akashneel Dasgupta, Chief Creative Officer BBDO Worldwide, most agencies have adapted successfully to the work-from-home model. He said they at BBDO have adapted to working from home quickly and work is sailing smoothly. Talking about the toxic culture at agencies, Dasgupta said the culture will never change unless people at the top don’t change and they embarrass the employees for not working at certain hours.

He said, “Advertising was a knowledge industry. We must understand we are not a service industry. However, somewhere we pandered to the client's whims and fancies, took everything that came our way and bent over backwards. I think that is where the senior people should start drawing lines so that the rest of the office follow.”

Speaking about the recent incident, Dasgupta said, “So many people approached me in the last one year when the infection was at a peak because Cheil was open. I got so many calls from people in Cheil looking for jobs because they were forcing people to come.” 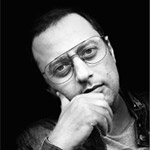 Citing similar sentiments, independent creative, Soumitra Karnik said, “Putting the pandemic aside, this is not the first time that employees have suffered due to unreasonable hours. I would say they are sometimes required. But the problem happens when it becomes a norm, where the employees, especially the mid- or junior-level ones, don't have enough resources or the will to say no because then they are looked at and branded as weak advertising people.”

Karnik said in the industry, you are not considered a good advertising person if you don’t work late nights. He said juniors and mid-level employees look up to their seniors who can always speak up and tell the clients that they don’t agree with this culture. “However, a large part of the senior advertising guys are also the people who are feeding this. They have their own working styles and junior- and mid-level employees have to succumb to that. Youngsters join the advertising industry with stars in their eyes but realise the environment is as toxic as a factory. That is when they start getting demotivated, tired and stressed. I know people who will not open up at a corporate level because they think they will burn bridges. People don’t even write the reasons in their exit interviews,” Karnik said.

Karnik said while the advertising industry takes pride in being brave and often carry out meaningful campaigns, they don’t pay the same attention to employees. “The advertising industry so far has been recognised for its bravado. We would like to be considered as a brave industry, but bravado is not necessarily the brave ideas that you can think of but it is also in the practice and the culture that you breed, which unfortunately is missing. If you mix this situation with a pandemic, the industry is unmasked. This is when the good agencies, ethical agencies, agencies with moral compass, compassion, empathy and agencies with a heart come across. However, on the other side, there are agencies that are complete blood-sucking companies,” he said. Karnik recalled a similar incident from 2016 where an advertising employee from Dentsu Japan died by suicide and the entire national media covered the incident. 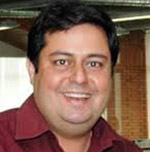 On the other hand, advertising veteran Ajay Gahlaut said the conditions in the second wave are far worse than the first wave. He said the first priority should always be the welfare of the employees because at the end of the day, those are the people who are the assets of advertising agencies unlike manufacturing, where you have machines and equipment. “Here you just have people. In any case, more than a business decision, it is a humanitarian decision. I think most agencies have been very good and caring about their employees. A couple of them I know have tried to make sure the mental health of the employees is good and dedicated resources to help them. I think largely agencies have been fair and sensitive towards employees.”

How can agencies find a middle ground to the situation?

The advertising industry was heavily affected by the pandemic’s first wave last year. As cases dropped and the economy opened up slowly, there were signs of recovery. But the second wave is much more severe with the healthcare system collapsing and thousands losing their lives. Last year when the pandemic hit, many agencies resorted to salary cuts and sacked employees due to losses. In this situation, how can agencies find a balance between meeting business objectives and taking care of their employees?

According to Vipin Dhyani, Founder and Ad film director, Thoughtshop Advertising and Film Productions, the industry is in a catch-22 situation. “I am sitting at a juncture where I am dependent on my client for business as I am running my own advertising and film production house. At the same time, I have to take care of my employees.  It's a domino effect of what we are seeing here. I would keep this scale equal here. Why we are seeing is a catch-22 situation is because the same is going on at the client level.”

Giving an example of a campaign they shot in March with Nawazuddin Siddiqui, Manoj Bajpayee and Pankaj Tripathi, he said they had to get 115 people tested regularly over the period of a few weeks. He said they had to find replacements for at least 11 people who tested positive and as an agency it is its responsibility to submit projects on time. “Now it is the independent choice of a person if he says yes or no for a certain thing. Today, one should be grateful that he or she is not being written off from a certain roster and certain job and at the same time, an organisation should be really thankful to the people who are actually supporting them even this time,” he said.

Dhyani said that a lot depends on the nature of the job. If you’re an agency it will be easy for you to work from home, but if you are into ad production, you will have to be present on field. He said it is then their responsibility to test people regularly and ensure safety in such conditions.

Dhyani said agencies are figuring out the kind of agency commission cuts because channels have reduced their rates but marketing companies are not so motivated to give ads on them because the sentiment is missing. “In the second wave, apart from kids, for other channels, people are not in that kind of frame of mind where they would like to get entertained. Everyone is attending funerals, arranging beds or oxygen or taking care of the sick. In this situation, even marketing companies will come forward and request the Government about refuelling the economy. According to some reports, we will be able to go back to the pre-Covid era by the financial year 2023. But if this wave extends for the next two-three months, I think it will push it even more.”

He said advertisers are repeating campaigns, which is again a problem for agencies. He said mediums such as radio or TV will get paid for spots but the agency gets nothing. 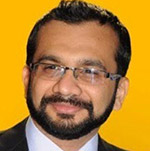 Yousuf Rangoonwala, Founder and Head of Strategy at Kakkoii Strategy, Communications, Technology, and Entertainment, said brands much larger than agencies such as Amazon, Netflix, Facebook and TCS have managed to work from home. He said following protocol is one thing but there is no need for ad agency employees who can work with a laptop from home to report to offices. “I think till all employees are not vaccinated agencies should not actually ask people to report to offices. I want to know if agencies are checking on vaccinations. And if not, then that is gross negligence. I think a lot of agencies are acting out of misplaced thinking and it's not reasonable. There’s a bit of insecurity. The agencies feel we are not growing because of Covid, there are losses in business, what if we just get them to do a little more work? Maybe that will, you know, give the feeling that the agency is not crumbling. But I don't think those are priorities when there's a pandemic,” he said.

Gahlaut said the only middle ground for agencies is to find a hybrid between working from home models and offices. “I think the middle ground was what was being spoken about earlier before the second wave—for example, limited staff, rotation, getting people tested and quarantining them regularly. People are now accustomed to the virus and quarantining. I think a middle ground would have been a hybrid model between working from home and office. Our business at the end of the day is so human that it is necessary (to have people), but nothing comes before the lives of people. For now, I think it is best that everyone stays at home for as long as it takes, and at least till they get their vaccinations and finish all the protocols.”

According to Karnik, many agencies are being run by people who are undercutting businesses, which puts pressure on the existing employees. “Many wheeler-dealers have come into our business and are running the show. They have started shortchanging the craft and ideas, and started undercutting business. When you pick up a business at a low cost, just because you want to look good in front of your bosses, then ultimately you have to sustain it and balance it out. When the quantum of work from the client starts going in and you don’t have the money because you picked it up at such a low cost, and you don't have the money to hire resources, then you inundate the existing resources with lots of work,” he explained. He said this leads to a situation where enough resources are not being hired or the wrong and cheaper resources are being hired who are not able to take the load.

Tags: Agency leaders empathy towards employees
More from this section