The night curfews and weekend lockdowns imposed in different parts of the country have confined people to their homes, reducing the OOH business once again. Prepared this time around, the agencies are experimenting with different formats to tide over the crisis 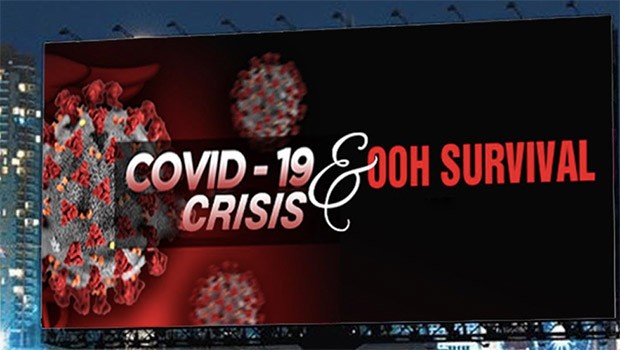 Rattled by the lockdown in 2020, the out-of-home (OOH) industry is once again bracing to face a setback with the second wave of Covid-19 infections in India this year pushing people back to the safety of their homes.

The night curfews and weekend lockdowns imposed in different parts of the country, coupled with the uncertainty of a total lockdown, has spelled despair for the sector, which is trying out different measures to tide through a possible crisis this time. Posterscope India is exploring new areas of interest and bringing OOH closer to the homes of their audiences. Fabian Trevor Cowan, Country Head, Posterscope India, said, “As the country’s largest location-based marketing specialist, our focus remains on locations that still have a significant play in terms of consumer connect. Local stay areas, local markets, residential clusters, etc., are new areas of interest that brands can explore. Before the pandemic, brands used to focus on arterial roads of the city and the malls. There was less focus on areas where people generally stay. But now that has come into focus. People are not moving out and mostly venturing within their own areas. There are many media opportunities in local areas that were not looked at seriously before. With the lockdown, it came into play. This is a focus area for us.” While Mungu Media doesn’t intend to invest in these verticals as they feel it doesn’t get them the necessary impact, the lockdown has compelled them to venture into the OTT space. “We have diverted some of our activity in the OTT space and are working with some agencies to develop our own platform. The same set of advertisers has moved to these platforms. In the last one year, the complete audience has shifted to it,” said Vinay Katwe, CEO, Mungu Media. Meanwhile, Times OOH has launched some products in the transit segment. “At the Mumbai Metro, we have created self-automated hands-free vending machines that sell sanitisers, masks and other health-related products. We have developed small retail outlets at the airports where we will sell health and safety-related products. We have entered into sponsorships for sanitisers at the airports and the Metro. Brands like Himalaya provide sanitisers and we provide the branding. So it gives a complete solution for the property owner as well as advertisers. That's something we have done even in smaller cities like Indore, Trichy, and Coimbatore,” said Aman Nanda, Chief Strategy Officer, Times OOH. Khushi Advertising, which was largely involved in advertising in ambient spaces, has now diversified into traditional OOH, DOOH, non-metro city airports, OTT and movie marketing. Vishnu Telang, CEO, Khushi Advertising said, “In 2020, cinemas, malls and airports were mostly shut for three to six months and that made us think and diversify. Today, we are still the number one ambient media agency in India and now we have also diversified. Hence, we are better equipped to grow in 2021.” The Covid-related restrictions on movement have a direct impact on digital out-of-home (DOOH). Dipankar Sanyal, CEO, Platinum Communications, said that though it will be the most-affected medium in the long term, it won’t have a huge impact on the overall industry as it composes of a very small segment in India.

“These are going to be affected as they are in the malls, the multiplexes, and other ambient locations. But then in India, DOOH is only 2.5% to 3% of the spread. The traditional will obviously survive, it is the activation and DOOH that is getting affected,” he said.

Nanda said more than the night curfew, it is the weekend lockdown that affects DOOH as street-side DOOH is very less in India and limited to areas such as Lower Parel in Mumbai or Cyber Hub in Gurugram, where people would visit to shop or eat out. “Digital is only about 5% of the entire OOH industry and of that, at least 3-4% is indoors, which is in malls and airports,” he said.

Cowan said the OOH business has been greatly impacted by the night curfews. “Many cities have a robust lit OOH inventory that lightens up the cityscapes in the night; albeit till a certain time limit and brands have historically used these to their advantage. Night curfews are bound to impact OOH usage in these cities significantly. Already there is an impact of upwards of 50%. During last year’s lockdown, the entire industry was affected by at least 65-70%. There could be a similar impact again in case of a total lockdown,” he said.

According to Cowan, the weekend lockdown will largely affect advertising at ambient locations such as malls, cinema halls and restaurants as they will remain closed.

“Outdoor is for that audience that drives to their office and back. So on weekends, people are in any case at their homes. But the entertainment bit of the weekend gets affected because all that is also closed,” he said.

Sanyal said more than the night curfew, the impact is greater from the weekend lockdown. “The ads anyway get exposure all day long. The problem is with the weekend lockdown. With most of the stores selling non-essential goods closed during the weekend, fewer people are venturing out. It is definitely creating a disruption. We are waiting and watching. I think it will take some time to settle in. It's the early days of the financial year. So we have enough time to think over it.”

Katwe said that the weekend lockdown brings down their viewership by 50%. “Our campaigns generally go by the month in our company. So with the weekend lockdown, we lose four weekends. Though it is just eight days, it accounts for about 50% of the viewership. Since there are no viewers for those days, we don't get paid for it,” he said.

Nanda feels it is not really the night curfew or the weekend lockdown that has contributed to this decline, but it is the overall sentiment.

“It's more of the overall apprehension that people have from going out. There is a negative sentiment in the market and everybody is back to travelling less and being at home. The lockdown, travel restrictions, and uncertainty have again created apprehension in the advertisers' minds. So the brands have again decided to put their money on hold,” he said.

Times OOH has already begun witnessing an impact on their revenues. “We do a lot of long-term campaigns, especially for airports. We decide one or two months in advance. So while there was not much impact in April, campaigns for May seem to be hit. We have seen some campaigns that were about to get confirmed being put on hold,” he said.

They were witnessing about a 10% to 15% increase in their revenue month on month since last year’s quarter three. But they haven’t seen any growth in the April revenues and they are the same as March. And they are expecting a decline in revenues for the month of May.

With vaccines coming in and people getting back to their workspaces at the beginning of the year, OOH was optimistic about their recovery. The WARC Global Advertising Trends report had forecast that OOH would be the second-fastest-growing medium globally in 2021. However, with the rising cases, the situation seems gloomy once again.

Sanyal believes things are not as bad as last year. “Last year, it was a complete lockdown from April to June and it was a total washout. Now a lot of things are open and campaigns are happening. So it is not that bad. It is like brakes being applied to a running vehicle. But it will start again. This year will definitely be better than last year,” he said.

Cowan holds a similar opinion. “With a spurt in infections, there has been a visible dip in certain markets where restrictions are in play. However, OOH activity has not come to a complete halt like it did in 2020 and that is a good sign for the industry,” he said.

Nanda believes OOH would still be the third-fastest growing medium, following digital and television. “It's a pause right now, but people will soon be going out and travelling. So out-of-home will definitely spring back. It may not be the second fastest, but it will be better than all the other mediums,” he said.

However, Katwe believes the second wave will be worse than last year. “Now people know what this means. So nobody is going to invest in advertising. This is going to be affected at least for the next six to nine months,” he said.