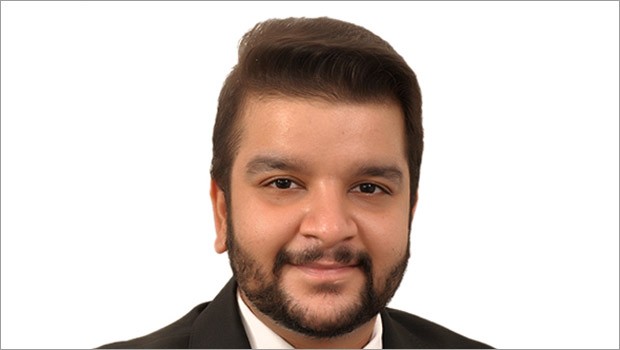 After doing his graduation in BBA from Guru Gobind Singh Indraprastha University, Abhishek Lamba was looking for ways to explore something himself when he decided to initiate a startup, which was into innovative printing and packaging, with his friend. He later joined an FMCG company that was into making beverages where he gained hands-on experience in operations management and marketing.

“From there I started my corporate journey and went to MetLife, which was a different journey altogether — mainly into customer service operations. That really helped me in my corporate grooming with things like how do we go about when we go and interact with top tier management,” he said.

“I found my way towards Nexstgo, which was coming to India and launching laptops.  So it's been almost two years now I'm working there in the marketing portfolio. The journey with Nexstgo has been tremendous,” Lamba said.

Now Marketing Manager, Nexstgo, Lamba joined the company in January 2019. He says the opportunities and growth with Nexstgo have been a great experience. “I joined as a marketing executive, handling on-ground activations, then handled the entire portfolio for Avita India and have Vaio in my profile now.”

Speaking about his most memorable tasks at the company, he spoke about the Vaio launch they did recently on January 15. “As an organisation, we were quite excited about the global licensing partnership, which happened between Nexstgo and Vaio Corporation Japan. India happens to be the last country to launch Vaio. Looking at the Covid situation, we weren't able to do it earlier. So as soon as we got a window to get back to India, we did it. So, being part of the entire province, and being part of a strategizing committee, all the activities and discussions we had, gave me a picture on a global level.”

According to him, although the parent company of Nexstgo is the Alco group, they call themselves a global startup with a presence across 22 markets. “It’s not like the core for me is marketing only. But yes simultaneously being part of a lot of other departments, channels and profiles, it definitely gives me a heads up about supply chain, sales, and how the B2B channel is being driven. We had a major breakthrough and Avita laptops will be available on Reliance. A lot of tie-ups are being done at a country or a global level. Being part of those discussions is a wonderful experience. It's definitely exciting. Every day is a very new experience and over time, we are developing and growing. Every day, we do face a different challenge but when we overcome, it is an altogether different experience and new learning for us,” says Lamba.

He said though the pandemic was a painful period for everyone, the IT sector had a golden time. “The sales were sky high, and we could see the work-from-home culture making us dependent on technology. Even people who resisted phones became tech-savvy. On the professional front, all IT companies have done well and we happened to capture a major share in the laptop industry. Personally, I would say, from the time of graduation, there has been a lot of travelling. This was a time when you could actually spend quality time with your families.”

Though working for big companies with thousands of employees never actually gave him a chance to look up to mentors, he said Seema Bhatnagar, Regional Business Director (South Asia) and Country General Manager (India) at Nexstgo, has been like a mentor to him.

Asked about the challenges young marketers face in the industry and how they can be resolved, Lamba said they should focus on specialisation and keep upgrading their digital skills. “I believe people who want to make it and achieve more and have an edge over others should specialise. Once you talk about any portfolio or profile, you cannot rely on traditional channels. So there is a continuous need for up-gradation that we should be doing to catch up.”

If not into the corporate world, he would have been a golf player. “Back in my college days when I used to be free by the second half, I used to head to Noida Golf Course and it was a sport I was really interested in. Golf was something that I would have pursued but then opportunities were coming my way in the corporate sector.”