The segment saw phenomenal growth last year when people were confined to their homes. BestMediaInfo.com speaks to various gaming platforms to understand how they propose to sustain the growth 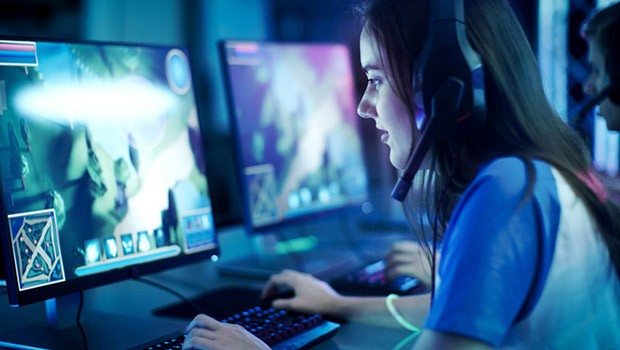 Online gaming was the fastest-growing media and entertainment segment in 2020, rising by 18% in 2020 to reach Rs 77 billion, according to the latest FICCI-EY report.

This growth was largely aided by work from home, school from home and increased trials of online multiplayer games during the lockdown. The segment is expected to reach Rs 155 billion by 2023 at a CAGR of 27% to become the third-largest segment of the Indian M&E sector.

Online gamers grew 20% from 300 million in 2019 to 360 million in 2020. With vaccines becoming available and people getting back to their normal work routine, will these players continue to find time to play these online games?

Manav Sethi, Chief Marketing Officer, Octro Inc., dismissed these concerns, saying the growth was bound to happen. The lockdown only advanced the growth that was waiting to happen three to four quarters later.

“I think gaming is a behaviour formative phenomenon at scale and the behaviour has changed over the last three quarters. People found gaming as an option during the lockdown, which didn’t exist in their life earlier. It won’t go away now. People will make time for it even now. Irrespective of the lockdown, gaming is emerging as a platform of choice for leisure,” Sethi said.

He said it is up to the platforms now to retain the first-time players gained during the lockdown. “I think the platforms that have invested in customer relationship management (CRM)  and retention programmes, huge data lakes and build personalised experiences will be able to hold on to these players. Octro has invested in building such programmes and we are seeing sustained engagement across all our games,” he said.

Sethi said as Octro realised that their card games had become an option of family entertainment, they invested heavily on private tables, voice chats and data lakes to create personalised experiences for players.

WATConsult in a paper titled ‘Online Gaming during Covid-19 Pandemic’ released last year made a similar observation that the lockdown led people to spend more time on online gaming and more people found it to be an exciting alternative for entertainment. Abheek Biswas, AVP, Consumer Insights, WATConsult, said, “The ecosystem of online gaming has the potential to upscale and grow exponentially. It has gained a strong foothold during the lockdown and it has changed the behaviour of people.”

Amin Rozani, Group CEO, Spartan Poker, said, “Gaming is going to be one of those verticals that will take a lot of precedence in the years to come. Gaming is a new thing for the coming couple of decades which will keep changing, evolving, and becoming better day by day as we grow.”

Hari Narayan, Founder and CEO, SportzXchange, one of the newest additions to the fantasy sports landscape in India, said, “People have gone back to their work, but largely they are still working from home. So there is a tendency to spend more time on the mobile and around events like the IPL. People are getting used to playing online. Secondly, there are events like the IPL, which are also going to happen.”

“The social stigma about playing an online fantasy sports game, online poker, and online rummy is reducing. Once a regulatory framework comes into play, the number is going to keep increasing. The lockdown is just one parameter, but simultaneously a lot more people are getting hooked onto it. In terms of sheer audiences, there is just a vast potential for scalability,” he added.

Varun Ganjoo, Co-Founder and Marketing Director of Baazi Games, said, “India is already a big gaming nation. It's not all online; gaming is at the grassroots level. This lockdown enabled users to get back that gaming appetite that they had lost in their daily routine. So how we as individual operators or gaming platforms acquire those gamers who have experienced the online segment is the way forward. And once we get the users, then it's an entire ecosystem of retaining them and providing them with the games to sustain them over a period of time.”

Randall Fernandez, General Manager, Team Vitality, India, an esports company, said, "Though there has been substantial growth in online gaming numbers, interest in esports is a bit of a different beast. In India, people's interest in esports has only seen growth over the years. With Team Vitality, we're investing heavily in India to bring a state-of-the-art training facility for our players where everything from their diet, to physical fitness, mental health and mentoring will be taken care of."

The report states that many online gamers explored card-based games due to the lack of live sporting events. However, Sethi disagrees with this finding, saying online card games became the leadership category because they were already played by millions in offline spaces and that behaviour was brought online.

Despite the absence of major Indian sporting events for five months last year, fantasy sports grew 24%, primarily on the back of the IPL Season13 held in the last quarter of 2020.

Narayan expects a similar trend this year as well. “There is so much interest built around the IPL. Currently, fantasy sports only include cricket, football and kabaddi. It's a matter of time that other individual sports like tennis will also come into the fray. I'm very bullish about the growth and scalability in this segment,” he said.

The report notes that though India is among the largest in-game downloads globally, it does not have a single game in the top-50 revenue-earning games globally.

Ganjoo said, “As a trend, India’s in-app purchase is actually lower than the international average. So going forward, certain steps should be taken, like bringing in-app purchases to lower margins so that people are more incentivised to go for them. But while that happens, I think still in the coming days, you will see a lot of games coming into those lists. But those would be mainly driven by the real money gaming segment.”

For the sector to achieve its full potential, one of the initiatives proposed in the report is to incentivise global game development centres in India to enable Make in India for the world.

A spokesperson at Games 24x7 said, “Gaming as a sector itself is on an upswing and, given the right policy support, can emerge as one of the growth engines of the Indian economy. If state governments can come out with progressive gaming policies, the gaming sector has immense employment, investment, and revenue potential. With the right support, it can spur a second software revolution in India.”

Sethi suggests the future of gaming is the metaverse, a persistent state of gaming where the game never ends.

“All other entertainment—music, movies, shows—can be consumed while being within that game environment itself. Octro is also exploring a few concepts in this area and in another 24 months we should be there. We are exploring the storytelling, how it is being done now and how entertainment and gaming intersect. I believe any gaming platform that is building for the future should be looking at it,” he said.

He believes that a lot of movie IPs will come from gaming IPs, the opposite of what is happening currently. “I think the next Marvel movie should be based on a very successful game. This should happen in the next five years,” he said.