Explaining their strategies to keep the growth of the magazine industry going, B Srinivasan, President, AIM, said the segment has been able to recover from last year’s pandemic. BestMediaInfo.com also caught up with Riyad Mathew of the Malayala Manorama Group and Manish Verma from Grehlakshmi to understand how they made a comeback

When the print medium faced a terrible hit due to the Covid-induced lockdown last year, the magazine industry was among the worst affected. A year after the lockdown, the circulation numbers are rising to pre-Covid levels and the industry is making a swift recovery.

The Association of Indian Magazines (AIM) is now working on some key reforms to transform the industry. Among them is creating a joint advertising network among magazine publishers. 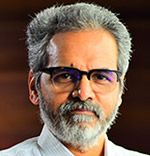 “We are in the process of creating a joint content marketing initiative, which will bring together the respective content strengths of various magazine publishers in order to offer opportunities to advertisers to create pan-India branded content campaigns. Magazines engage at a much deeper emotional level with readers than newspapers. Time spent on a magazine is much higher than on newspapers. And moreover, magazine editorial teams are specialists in their content domains, and have a very deep sense of reader personas and their needs, something which marketers can take advantage of while designing smart content-driven campaigns. So we are working towards providing advertisers an opportunity to ride on the collective content strengths of member publishers, across languages and content domains, and engage with audiences all across the country, through a network of magazines and their digital assets,” said B Srinivasan, President, AIM, and MD of Ananda Vikatan Publishing Pvt Ltd.

“Together, we hope to present a bouquet of more than 90 magazine titles, 35 websites, 80 social media handles, across 10 languages and 14 content domains, with a collective print reach of 7 crore, and a digital footprint of more than 15 crore. This will be the biggest content marketing engine in India. We will soon announce how we plan to go about this,” he added.

The members of the association have decided to work together for the common good of the industry. As part of this, they have devised a distribution strategy and started the process of accrediting their distribution agents.

“Historically, the distribution network has been very fragmented as each publisher maintained their own agent relations and network. Over time, this has created problems of uneven distribution and poor financial discipline. Therefore, we have put together this accreditation system in order to create a common distribution system, which is stronger and more proactively involved with publishers for ensuring last-mile efficient delivery of magazines. We are extremely pleased that in just two months of rolling out, we have close to 300 agents on our roster and we are hoping to reach 1,000 agents by the end of the year. Every accredited agent has been approved by at least one or maximum of three publishers to be a person who has knowledge about the industry, is capable of paying an advance and of serving the market, and ensuring that there is prompt payment for printed copies. Each of us has extraordinary agents, but the agents of one publication may not be known to another. Now through this process, we are putting together our best resources to ensure that all publications get access to the market that was earlier compromised and unable to be reached. This joint effort will also improve the market incentives of agents, and will likely make distribution viable for even independent publishers, who can now operate with security cover of AIM-accredited agents,” Srinivasan said.

“The reader of one magazine could be the reader of another as well. So we are happy to be able to increase the exposure of our readers among our current publications to ensure that there is maximum communication between publications and their readers through the agency network, which is the core through which we do our distribution,” he added.

This will ensure that they reach more customers and, in turn, help create more opportunities with advertisers. The need for this network arose during the lockdown last year when they were unable to distribute their magazines through their regular agents.

“During the first couple of months of the lockdown last year, there were times when there was a severe disruption of distribution, and that's when we decided that it is important for us to put together our resources as an industry to be able to benefit one another. We put our heads together to decide what we need to do to ensure that magazines get their rightful place, both in the minds of the readers and the advertisers,” he said.

The association has also reached out to the government with some demands. Firstly, they have sought a fair share of advertising revenue from the government.

“According to the Indian Readership Survey (IRS), we reach 20% of the entire print readership of India. However, we barely get only a percentage point or even lesser of the advertising expenditure by the government and its agencies,” he said.

As far as distribution is concerned, apart from strengthening the agency network, AIM has been working with the Ministry of Railways and Postal Department for ensuring efficiency of magazine shipment as well as creating new sales avenues. They are attempting to get opportunities to sell their publications inside railway trains. “We want to be able to sell magazines within the train, which is right now not officially allowed. We have asked the Ministry of Railways for support in this regard,” he added.

While requesting more transparency in the delivery of their magazines by post, they are seeking to partner with the Postal Department.

“Bulk of our subscribers is serviced by the Postal Department and we have been attempting to talk to the government to ensure that the department can actually be a business partner for the magazines—they can be the ones to enable new subscribers, and also be the servicing agent for them. So the government can earn out of magazines and can service them,” he said.

Recovery from the pandemic

Last year’s lockdown disrupted distribution channels and brought circulation to an abrupt halt for at least two months. Many advertisers cancelled their ads in magazines. The recently released FICCI-EY report on the Indian Media and Entertainment industry, titled ‘Playing by new rules’, states that the magazine revenues were halved in 2020 (down to Rs 5bn) and a significant recovery is not expected till 2023.

Srinivasan said he doesn’t completely agree with the report as the industry saw a recovery in ad revenue by the fourth quarter last year.

“While advertising revenues dropped quite substantially during the past year, there’s not much difference in the ad revenue of the fourth quarter of these two years. Also if you see the Ananda Vikatan Publications, we have sold more copies this March than we sold pre-Covid. So I think it's a bit of a generalisation in that report. We believe that in 2021-22, we would have gained most of what we lost in the previous year, if not beat the 2019-20 targets,” he said.

Riyad Mathew, Chief Associate Editor, and Director, Malayala Manorama Group, who heads their magazines The Week, The Man, Livingetc, and WatchTime India, also affirmed that they achieved their advertising targets in the last financial year and managed to recover around 80% of their pre-Covid circulation.

“I'm very happy to report that we have achieved our targets as far as advertising is concerned, both in terms of print and digital. So though we saw a lot of cancellations initially, when the news of the pandemic started coming in, we more than made up for it once things got better. We saw a lot of digital revenue coming in last year,” he said.

Though the revival began towards the last quarter, they are now waiting to see what the second wave would mean for them.

“By the last quarter, we were coming back to our old subscription numbers. Now with the second wave, we haven't got any major problems yet and there hasn’t been anything adverse in the market so far. So it is too early to say how it will affect us. We'll see what happens in the coming days and if we have to, we’ll go back to the drawing board,” he said.

Speaking about the shift to digital, Mathew said, “There are certain readers who would prefer the digital version and there would have been a small percentage growth in digital consumption. When print publications couldn’t reach the subscribers, they experimented with digital and other ways of consuming news. But as soon as there was a reduction in the number of cases and the market opened up, people came back to print. That's very positive for us. The Week almost came back to the pre-Covid numbers.”

“Our digital revenue is nothing compared to print right now. But during the pandemic, while the print revenue was good, the digital revenue grew much more than in previous years. So there may be a shift towards digital. But then I think the most important thing for us is that print will be consumed for sure. It is important for us to be available on every platform. Our print is steady and our digital is also growing,” he added.

Manish Verma, CEO, Diamond Magazines, who heads Grehlakshmi, Cricket Today and Diamond Toons, also said that their circulation had returned to at least 85% of their pre-Covid levels and their revenues were also close to 25-30%. Despite last year’s strict lockdown, only one issue could not be circulated. “We were badly hit. Our clients were not active and our circulation was down by about 30-40%. But only one issue could not be circulated. After that we got back on track,” Verma said.

“Since the last two or three years, we've been trying to build a community of housewives. These are small groups of about 100 women and we work with about 500 communities. We serve the community to the brands and they can then talk about their products, do sampling, or research. So from that, we've been able to build a lot of business,” he said.

The magazine has created two properties—Grihalakshmi Dopahar and Grihalakshmi Kitty Party—to help the brands get feedback on their products. “Earlier you would never know what would be the impact of an ad. Now the consumers are coming back with feedback. For ITC NimWash, the consumers created short videos and sent them to us.”

Verma feels that brands need to evolve and change the way they measure the magazine’s engagement. “The brands need to understand the engagement levels and have to change the measure. I feel the brands are not evolving and only measure the magazines with numbers. They want to measure product deliveries but don't want to measure how they're delivering products. That quality of delivery has to change from the brand's perspective. I think it’s time they understand the quality of engagement and the community they have. Rather than just bombarding your messages through print and digital, here you have a feedback mechanism. They should be open to taking feedback,” he said.