An idea that can change a brand’s fortune 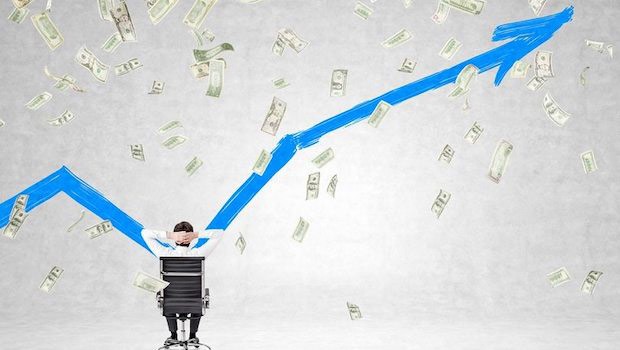 Being creative and out-of-the-box are the keys to success in creating awareness about a brand. But is it always successful in increasing sales? While many factors are involved when it comes to bringing business to the table for a brand, we discuss how in some cases creativity has worked wonders for a brand.

According to KV Sridhar, CCO, Hypercollective Global, while factors such as price, availability and how much noise the competition is making affect sales, there have been instances where the success of the brand is related to a campaign. He gave the example of the Onida devil campaign with the tagline “Neighbour's envy, owner’s pride”, where the entire brand was made on the word ‘envy’ and used as a metaphor.

“When they removed the devil, the brand collapsed. They tried to bring it back in a new modern avatar but nothing happened. The original idea at that point in time was effective. However, if you run the same idea today, it will not be effective. Certain things, certain times, certain places and marketing mix as well as a certain mindset and socio-economic conditions will make it work,” he explained.

“Liril is another example. For a long time, people used to think the scandalous nature of the Liril girl in a bikini is a success mantra. In those days, there was no censorship; no social media, nobody’s sentiments were hurt. That was well-received because a lot of women identified with enjoying a bath under a waterfall rather than looking at the bikini. At that time, Lux was putting people into fancier bathtubs, which cannot be identified by every woman. However, everybody at some point would have enjoyed a waterfall. Today seeing a girl in a bikini is not as shocking as it used to be that time. However, it did not work because someone was wearing a bikini but because a lot of people identified the nature of the ad. Those are the kind of ideas that make a brand.”

Sridhar suggested that sometimes, in the case of good work, brands could consider giving some loyalty to the brains behind the campaigns that helped them grow. He gave the example about Fevicol and said while it is mostly used during a kid’s schoolwork, carpenters also made sure they used Fevicol. Sometimes brands set out to do something differently and make the brand much larger.

“For example, Fevicol, a brand which is used by carpenters was never advertised. People buy it only for small projects and for children’s schoolwork. But it had such an influence on carpenters that they were scared to use any other brand other than Fevicol because they knew that people would demand that brand when they are making their furniture. So who is responsible for that idea? Is it the marketing genius or the business vision or just memorable creative ideas?  It is a combination of all that,” he said.

If Fevicol were to think that they are an FMCG brand, and launched many brand extensions such as Fevicol pencils and Fevicol erasers, the brand would not have been as powerful as it is today. According to Navin Talreja, Founding Partner, The Womb, every ad needs to sell and any communication that happens beyond that is superficial. “We start with clients with a business pitch. We are very clear that if I'm doing something, the brand is only a tool to serve the business. Any communication that you do on the brand has only one purpose—to sell that brand to a consumer so that the company makes money. Any communication that happens beyond that, such as love for the brand, is all superficial. That's largely our philosophy in the way we approach any client or brand or business.”

Talreja spoke about work that helped their partners directly in the recent past. He said they started working on the Fogg Chal Raha hai campaign in October 2015 when the brand’s market share was 13%. It went up to 17% in four-five months after the campaign was run. “Creatively even today, six years later, if you ask someone Kya Chal Raha hai, they reply Fogg Chal Raha hai.”

Talreja said agencies need to understand what levers of a brand’s business can be triggered so the audience can spend their money on it. According to Sebamed, their sales saw a 10-time jump after the pH campaign. “For Sebamed, we had a strong proposition function, the pH 5.5. We had a clear set of brands that were not pH 5.5. The job was really not to take on any specific brands, but to educate consumers through referencing about the pH levels of other brands. The way the ad was created and communicated created the required buzz for people to pay attention to the fact that there is a brand like Sebamed that actually exists. Prior to that campaign, very few people knew about the brand. People knew of Sebamed in baby care and not in the area of personal care. The brand got registered but more importantly, it's not just the ability to register the brand, but register what the brand stands for, what it is offering you. That should inspire you or motivate you to go out and pay them the money. In our case, it was pH 5.5, which is best for sensitive skin.”

Currently they are running a campaign for MPL, depicting a human brain on the back of IPL, he said, adding the app saw an additional million installs in the past 11 days. Talreja also said the business of Sa Re Ga Ma Pa Carvaan increased three times after they created a product innovation idea for it.

Need for delivering business results more than ever

With the pandemic pushing everyone’s economic strength, brands need communication that can help them directly. While brand-building can be a part of the narrative, can agencies help brands strategically attain business goals?

According to Talreja, in every situation, the purpose for creating an ad and spending crores on television, digital or whichever medium is very simple—it has to sell, otherwise that money's down the drain.

“I think the way we approach it is that there is a business that needs to grow and there is a brand that can help their business grow. But what is it that you say about the brand? Is it a strategic thought or a compelling consumer insight that people see and say, ‘Yes, these guys are talking sense; it makes sense to me as a consumer, so I should buy this brand’? Very often, we see ads and ask what they are exactly trying to say. It has to be a marriage of science and art and logic and magic. If you do only logic, the ads don't get noticed. If you do only magic, then nobody's going to buy you. You'll get improved salience and awareness but after a point, people wonder, why should I buy? So that's how we've approached it,” Talreja said.

“I think good agencies and good clients recognise the fact that advertising a brand has only one purpose— to ensure that the brand sells and everything else is tricks of the trade. So whether it's a strategic thought, a creative device, a creative thought or a great consumer insight—you need to have a great balance between logic and magic for it to eventually land,” he stated.

Sridhar said good ideas need to be interlocked with business. “Ideas that got business and without which a business would collapse are what you can term as good ideas. Not just ideas that won awards. It has to interlock with the business.”

Tags: An idea that can change a brand’s fortune
Advertisment
More from this section