In an interaction with BestMediaInfo.com, Manisha Kapoor, Secretary General of ASCI, discusses how gender depiction and representation can be improved in advertising 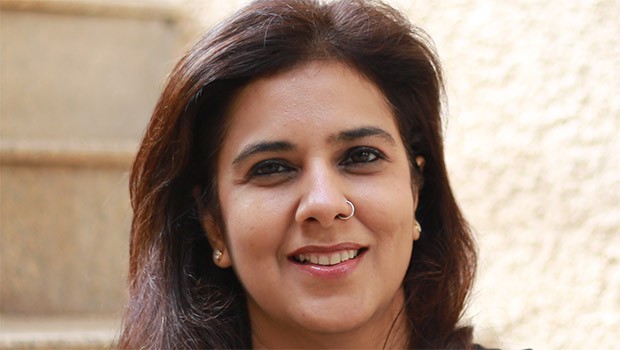 Making only guidelines and rules is not enough, there is also a need to create ways to help advertisers make better choices and embrace more responsible and positive advertising, says Manisha Kapoor, Secretary General of the Advertising Standards Council of India (ASCI), as it partners with Futurebrands and gears up to launch the GenderNext study, which aims at giving insights that can eventually be used to improve gender narratives in advertising.

“Of course, we handle complaints that are coming from consumers, etc. But we also want to guide advertisers to embrace more responsible and positive advertising. We feel it's not enough to only make guidelines and rules, but also to create ways in which we are able to help advertisers make better choices,” says Kapoor.

Asked how the study will help advertisers, Kapoor said, “I don't think an advertiser can solve gender problems in the country per se but I think the idea is to take responsibility for the part that you play and to just see whether we can make that better through our depiction, and the ways in which we talk about gender narrative.”

She said while responsible advertisers and creators do think a lot about this, a wider length of knowledge and insights, and knowledge on the issue, will allow people to come to certain starting points and insights that may provide us with better solutions than what we have today. She said the study will not only cover depictions of gender but also branding as it is a part of communication and advertising.

Kapoor said that the study itself is a starting point to see how gender is perceived across the country. “We are looking to get beyond consumer reports, so what are we looking at is advertising itself and decoding it from culture and cultural and semiotic lens.” They are also looking at interacting with consumers directly to understand their lived experiences of gender versus what is shown in advertising.

“The perspective of the creative agencies, and eventually, their role in shaping the narrative, is really critical. So they are going to be a very important part of both the study itself as well as in terms of the stakeholders, moving eventually to use the study to create new kinds of advertising,” Kapoor said.

Kapoor said they have also drawn from a very large study done by Futurebrands called BharatDarshan, which has mapped the change in India for about 11 years across 200 towns and cities.

Asked what it will take for certain categories such as automobile, deodorant, alcohol and condom look at gender sensitivity, Kapoor said, “That will be one of the inquiries that we have. So, we are looking at different categories. We are looking at FMCG, home, food, personal care, fashion, as well as categories that have traditionally not addressed women, such as gadgets, automotive, money and finance. We are seeing a shift towards this. It’s not like advertisers have not addressed it, but they are not predominantly addressed at women. So we are definitely looking at different categories and arriving at perspectives on how we can take this conversation further.”

She said while some legal bindings are already clear about the depiction of women, the idea is that even within what is permissible and what is allowed, there are more positive ways in which we can start to build and those narratives could be very subtle. The idea here is to help advertisers often navigate this entire spectrum of what is acceptable.

Kapoor agreed that topics such as gender depiction and sensitivity should be introduced to students studying marketing, journalism and advertising. “The larger issue of gender sensitisation is something that the whole country needs to work on, and I think, right from childhood behaviours, that needs to be done. When it comes to advertising, for the students who are going to be a part of the industry, there is a need to kind of tell them what is okay, what is not and what is better. The study will help this as the idea is to create a template and a piece of work or body that becomes a framework. So whether it's students, whether it's policymakers, creative people, brands, advertisers, academia, we have to see the study becoming a piece of work, which they are able to refer to and hopefully can help guide them, help them navigate and understand what are some of the better ways of addressing gender.”

Kapoor said the GenderNext study will be released in September and they’ve got a good response from sponsors such as Nobel Hygiene, which would be the principal sponsor. ITC-Vivel, Kellogg, Colgate, Diageo, Eureka Forbes and Mondelez will also be a part of it.