With advertising from newer categories, experts feel kids’ channels should improve their revenue model on OTTs and connected TVs for further growth 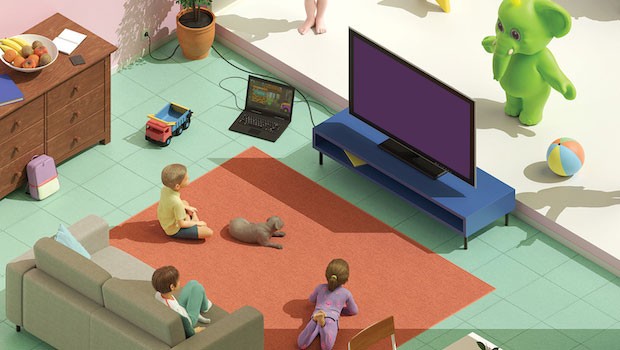 Viewership of the kids’ genre grew manifold during the Covid-19 lockdown period as schools were shut and children were stuck inside houses with no outdoor activities in hand.

According to the Broadcast Audience Research Council (BARC), there was almost a 40% jump in viewership in that period. A spike in viewership is also expected during the coming summer vacations.

But, how much would the increase in viewership add to the top line of the kids’ channels?

According to Leena Lele Dutta, Business Head, Sony Pictures Networks India, Kids’ Genre, while businesses across industries and categories were disrupted in the year 2020 due to the lockdown, they are expecting newer categories to increase spends this year.

“With a global lockdown in place, viewership in the kids’ entertainment category rose phenomenally. However, due to the uncertainty, the rise in viewership, categories and overall TSV (time spent per viewer) didn’t result in an increase in the ad revenues. That said, this year we are well on our way to recovery on a par with pre-Covid times. On the advertising front, brands, and businesses in FMCG, auto, retail, and new categories such as edu-tech will look towards investing in the kids’ entertainment category.”

“After a year at home and online classes, kids are eager to explore interesting concepts in summers. As a brand, we seek to serve their evolved appetite for entertaining content. As a precursor to the 2021 summer programming line-up, we launched four new exciting shows that explore a gamut of varied genres, including chase-comedy; mystery/detective-comedy; slapstick-silent comedy and slice-of-life comedy. As a surprise, we have a special summer stunner show.  This new show will bring all the iconic characters of television such as Jethaalal, Daya and more in a new narrative along with fantastical twists. We will add new movies of our marquee characters Honey Bunny as a special layer of offering for our young fans,” Dutta said. “Advertisers this year are buoyant on spending on the kids’ genre. It is an evolving bucket of advertisers on these channels with a lot of non-traditional brands coming on board be it e-commerce, edu-tech brands or brands in the personal hygiene space, toys and indoor games categories. Interestingly enough, physical availability drives a lot of decisions on driving mental availability among kids and hence confectionery brands that get less shelf space in summer advertise less during this time. There is also a shift as few channels have taken the health pledge and are not open to advertising for brands with non-health oriented foods and beverages. Hence, the market dynamics are playing out here with other channels looking at this as an opportunity to increase rates,” Datta said.

According to Sujata Dwibedy, Group Trading Director, Amplifi India, Dentsu, “The kids' channels mirrored the same kind of trends that we saw in other genres in 2020. Just that the drop was larger in comparison to some key genres such as general entertainment channels. 2021 has been optimistic. In the first two months, the kids’ genre has seen a surge just like the other genres. Though the base is small, it is among the key genres preferred by advertisers. Among the top spenders on the kids’ genres last year (60-70%) were FMCGs followed by ed-tech/ education-related emerging brands and e-commerce. Prior to 2020, the top advertisers were mostly FMCGs.”

“I don’t think they would be able to get any hike in rates. What is important is that they need to watch out for competition from OTT platforms, YouTube DIY videos and other digital content on YouTube, Instagram Reels, etc. Also, they should improve their revenue model on OTTs and connected TVs. The newer advertisers are increasing and so hopefully, we would see a further increase in e-commerce, ed-tech and other categories in addition to FMCGs,” she added. However, Rajiv Gopinath, CCO, Starcom, said there will be a 5-6% increase in inventory in Q2. He said top advertisers on these channels such as milk malt drinks, biscuits, toilet cleaners, toilet soaps, washing powder targeted at housewives are present across the year. However, in April-June quarter, the food sector that includes categories such as jam, squashes, ice cream, noodles, pasta and sauces will see a big spike. “They focus on just summer and are not the kind of people who have the budgets to go on IPL. So they typically increase spends on kids’ channels. Even the non-aerated soft drinks increase in summer. Apart from these, we see the stationery and toy categories increasing their spends,” he said.

“Essentially, if we see the quarter-on-quarter trends, we see a 5-6% increase in Q2 because of summer. The top seven categories remain the same. However, food and drinks compensate and increase 5-6% in inventory. What we see when we are speaking to trading teams is that the rates have been the same as most of them are annual deals. No one is paying a premium in summer as it is there is IPL, which is taking viewership away. So typically, the rates on kids’ channels have actually been stagnant overall,” he added.

Gopinath also said e-com and education remain similar to the October-November-December quarter. He said the last quarter was the biggest for e-education platforms; the AMJ is not that big for them.

Krishnarao Buddha, Senior Category Head at Parle Products, said they don’t see an increase in rates per 10 second. “Last year because people were not able to go out, there was no question of advertising, especially kids’ products. Be it snacks or confectionery, we could not advertise at all. There was no new content. They were showing repeat content, which is why attention across all genres dipped, except news. On one hand, we were struggling with production and on the other hand, we had a huge demand. So there was no question of advertising.”

“This year the difference is we are back to normal but even today, schools are not completely open. Though in small towns the schools have opened and things are coming to normal, the academic calendar has shifted. The board exams that were supposed to end by now have been pushed to April and May. Many parents also don’t renew kids’ channels during exam season. However, as an advertiser, we do not have major concerns and on the media front, we have not seen any rise in pricing or rates per 10 seconds. The challenge again will be that it’s colliding with IPL so there is going to be a diversion in terms of attention. When IPL started more than a decade ago, there was a huge impact on GECs and other genres, as a result of which they started discounting. But after a few years, things became normal. We will continue to advertise during April and May,” he added.