With normalcy returning and arrival of vaccine, live events and cinema industry eyes recovery in 2021

As people slowly return to theatres, and big releases in the pipeline, the live events and cinema industry hopes 2021 will be a good year for them

“With the rollout of the Covid vaccine and the government giving a nod to on-ground events, the audience response has been very encouraging. The very evident pent-up demand for live events has begun resulting in good occupancy levels across different formats and genres despite the mandated restrictions on capacity. At BookMyShow, we are selling close to 75% tickets of the overall capacity on an average, with several shows running sold out. We are hopeful that with restrictions easing further, and inoculation drive gaining pace, there will be a definitive change in audience sentiment, which will drive demand for out-of-home entertainment further,” says Marzdi Kalianiwala, Head, Marketing and Business Intelligence, BookMyShow. 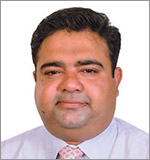 According to Sachidanand Shetty, Business Head at MuktaA2, the cinemas are awaiting big releases to be announced. “No sooner movies release dates are announced, I feel there would be a tremendous increase in our revenue and sales as there’s a good amount of software/content that had been shelved temporarily during the pandemic and newer software/content ate being planned in 2021,” he said.

On the cinemas front, the audience response has been nothing short of phenomenal, given there were restrictions on capacity for a long time and limitations on new content releases, says Kalianiwala. “In the last two months, box office sales spiralled despite limited releases across cinemas pan-India. The release of key titles across both regional and Hollywood films has helped churn the recovery cycle for the movie industry. The ticketing trends that followed these releases are a true reflection of the impending audience demand, with BookMyShow selling well over 10 million tickets in less than three months.”

How are brands communicating to win back the trust of audiences?

Kalianiwala said their aim is to win back the audience trust for various out-of-home entertainment experiences. “In early October, BookMyShow rolled out the ‘My Safety First’ feature — a first-ever safety shield tag across its web and app platforms. This feature was created using our robust consumer and data analytics and highlights the best practices being followed by cinema partners pan India. ‘My Safety First’ has helped in creating awareness among consumers on various levels of safety and hygiene measures available across different offerings listed on BookMyShow — right from the time of booking tickets to stepping out for their favourite experiences.”

He said another campaign called Unlocking Life celebrated India’s love for outdoor entertainment. “The campaign targeted entertainment-lovers across demographics with the spotlight on the all-new out-of-home entertainment experience — different but not a shred less than before. The success of the campaign's translation on business has been very evident in the way audiences have been responding to both films and live events on BookMyShow since the lockdown eased,” he added.

For Mukta A2, PR agencies, MA2 website, third-party sales channels, newspapers, SMS/WhatsApp push campaigns, Facebook, onscreen slides, offscreen marketing and ad spaces will be the main source of communication. “Our software/content will be one of the main reasons to get consumers back to cinema halls. Alternatively, advertising it through our online and offline mediums will be our topmost communication strategy, encouraging our consumers to revisit their favourite place for entertainment more often,” said Shetty.

How has audience behaviour changed since the pandemic?

Asked how the audience is reacting to the current situation, Kalianiwala said BookMyShow conducted multiple consumer surveys titled ‘back to out-of-home entertainment’ to understand the consumer sentiment and their expectations once cinemas reopen. “The survey revealed that 54% of Indian entertainment lovers were eager to get to theatres within 15-90 days of the lockdown lifting. The report put the criticality of safety measures squarely at the centre of users’ preferences as 98% of respondents expected cinemas to implement strict safety and hygiene measures and 85% of consumers preferred a contactless entertainment experience by purchasing their tickets online with the m-ticket and e-ticket options.”

“Following that, we released the survey report for live entertainment titled ‘Back to Out-Of-Home Entertainment – Mission Live Entertainment’. We found that 51% of Indian entertainment-lovers were eager to get out for live events, with 80% of them willing to step out within 15-60 days of Unlock 4.0. The findings of the survey were extremely crucial in setting the stage for planning and then rolling out adequate safety and sanitisation measures in tandem with our industry partners across both cinemas and live entertainment,” he said.

Speaking about the same, Shetty said, “Our priority has always been our consumer’s health and safety. We’ve noticed the minimal occupancy turnout during the early days of our reopening of the cinemas despite having good content and the gradual increase of the occupancy over a period of time with newer content coming in. The mindset of consumers will also accept and adapt accordingly, given each cinema chain adheres to SOPs laid down by the government.”