After the Bombay HC permitted Sebamed to continue with its ads for its cleansing bar without naming HUL’s Rin, experts say it will help the new brand drive immense consideration and awareness. They say other brands may also relook at comparative advertising as an interesting gambit now

The Bombay High Court on Tuesday has permitted German personal care company Sebamed to continue with its comparative advertisements naming Hindustan Unilever Ltd (HUL) soap brands Dove, Pears and Lux as long as it is backed by right scientific data.

However, the court said the company must remove the reference of HUL's detergent brand Rin from the campaigns that compare the pH level of soap brands Pears and Dove to that of Rin.

In its statement, Sebamed said the court agreed that a fact-based scientific comparison did not amount to disparagement and parties are free to mention names of competitor brands as long as there is evidence-backed comparison. It said it plans to continue with the ad.

HUL, on the other hand, said it is reviewing the court order and will “explore all options in the interest of consumers”.

Reacting to the developments, experts feel Sebamed is at present occupying the ‘commanding heights’ in this battle and it would be foolish of them to opt for a ceasefire. 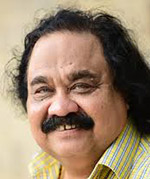 Sandeep Goyal, Chairman, Mogaé Media, said the brand has a credible claim, now cleared by the high court, and would drive home the advantage. 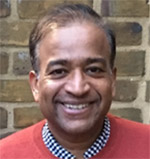 Lloyd Mathias, Business Strategist, said the ad war will continue for a while because Sebamed has already fired the first shot and it has worked for them with their small budget getting immense returns.

“Very often brands drive in controversy, but it is also a good way to underline your positioning. Being an insignificant and new brand, it has given them immense, unexpected amount of awareness and consideration, and many must have contemplated buying the product despite its high pricing (five times Unilever’s soap),” he said.

“The advertising battle will continue. It does add zing to an otherwise boring 10 months of the pandemic we have been through,” said Harish Bijoor, Brand Guru and Founder, Harish Bijoor Consults Inc.

Terming it as a round one victory for Sebamed, Karthik Srinivasan, Communication Consultant (also ex- Ogilvy), said the German brand seem to have thought-through their tactic well, and even without Rin, their pitch around pH 5.5 is a good one, when referring to rivals directly because the science is clear on the aspect.

He said since Sebamed’s strategy worked and now with the court's approval, they may double down on the same tactic.

According to the court order, commercial free speech, as per Article 19(1)(a), is allowed to all. So comparative advertising can be done by brands based on factual information such that it is not disparaging to the competitor, it said.

Ramesh Narayan, Founder of Canco Advertising, feels comparing brands with detergent bars is hitting below the belt. “There is no harm in a brand hoisting a flag to show some unique attribute it has.”

Manisha Kapoor, Secretary, General, ASCI, said the war may have started with advertising but it will certainly be played out in other ways too.

Kapoor, while stating that comparative advertising is permitted both under the law as well as the ASCI code, said, “When such advertising is done honestly, it can be enlightening to the public and encourage competition, which is in consumer interest. The comparisons must be relevant, factual, and capable of substantiation. While comparing products is allowed, disparaging other brands is not.”

Experts said the whole episode acted is a positive manner for Sebamed.

In the first phase, Sebamed established the brands they are going after by openly naming them. Second, they drove the conversation to something people were not aware of— pH level. They took a pot-shot at the market leader, forcing it to respond.

So from nowhere, from a marginally insignificant brand, it has already started to come in public focus as a key player.

Cautioning brands on how comparative advertising is a double-edged sword, Srinivasan, said, “It gets the rivals (named) to be angry and get them to go after you in response. It makes people/users assume that if you can name and take down rivals. Maybe you are okay with people taking you down too. So, comparative advertising flames negativity and that's always dangerous, like playing with fire. So, I'd expect sensible brands to indulge in it only with great care and research.”

Srinivasan says comparative advertisements are useful as an approach for marketers only when there is a significant difference in product or service performance. And such advertising may not be a route that would suit all brands.

Adding, Kapoor said head-on comparative ads could be an expensive proposition too as there could be a strong response from competitors.

According to the experts, what the high court means that is, "comparative advertising is okay and knocking copy is not!"