Commentary: No TRAI! English channels were not so unwanted to be killed

The implementation of the New Tariff order has led to closure of over 15 channels, leading to hundreds losing their jobs. To know the regulator’s mindset towards niche channels, let us remember that it actually used the term “Unwanted” for niche channels in the Telecommunication (Broadcasting and Cable) Services (Eighth) (Addressable Systems) Tariff Order, 2017, which was published in the gazette of India 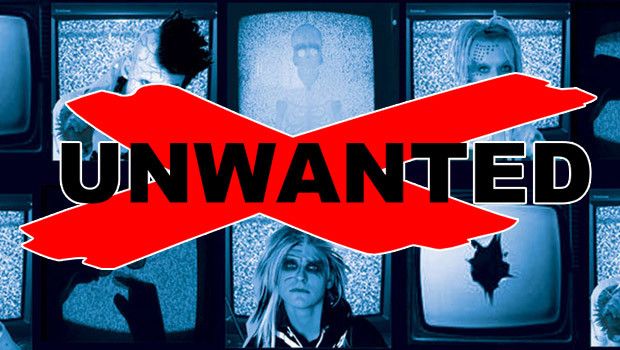 The industry, however, couldn’t be streamlined completely owing to several loopholes and lack of preparedness. But eventually it ended up being shortsized. And instead of growth, an uncertain period of degrowth started with broadcasters shutting down their niche channels, especially in the English entertainment segment.

More than 15 channels have shut operations in the last one year. And if the government and the industry sources were to be believed, many more broadcasters might shut more than half-a-dozen of their channels by the end of this year.

With one after another English general entertainment channel wrapping up operations, the million-dollar question being asked in the industry is who will ultimately benefit?

The consumer, the local cable operators, the DPOs or broadcasters? Could anyone gain from shutting down channels?

It is true that OTT platforms had already started eating into English GEC audiences but both were still co-existing until the NTO came as a death knell. Before the implementation of the NTO, the GECs were doing fairly well and earning advertising revenues up to Rs 100 crore, including advertising from OTT platforms, before the regulator accelerated their closure with NTO.

TRAI, time and again, claimed that its intention was to ensure “orderly growth of the broadcasting industry”. But the industry is asking who is growing? Channels are shutting down and hundreds of jobs are being lost as the broadcasters bleed.

In the coming months, the consumers may not have any premium quality content on television and advertisers are unlikely to have any medium to reach out to those select premium audiences as they cannot advertise on Amazon Prime Video and Netflix.

The closure of channels is also leading to the loss of carriage fees for cable operators and DPOs who went to TRAI with complaints against broadcasters.

Little did the cable operators and DPOs, who were wanting more from the big broadcasters in terms of discounts and other benefits, know that their unnecessary poking would lead to the collapse of a premium segment of India’s broadcasting industry.

They perceived that large broadcasters were dominating the market and were not offering them desired discounts. They called it monopoly but this is how markets approach.

Today Den+Hathway under Reliance after becoming the largest player will certainly have the upper hand. Should small broadcasters go to TRAI and complain against their monopoly?

But as bureaucracy works in India, the TRAI officials, who may have no deep understanding and experience of the broadcasting sector, jumped onto the opportunity and claimed it was time to ‘transform’ the sector (by then the telecom industry had already experienced what that transformation actually meant).

And what TRAI actually did in the name of ‘giving power in the hands of consumers’ was to increase cable TV/DTH subscription prices for consumers. As a result, many consumers, however small they were in numbers, had to sacrifice their favourite channels, which were mainly niche.

Now that shouldn’t surprise anyone who has known the mindset of the top bosses at TRAI.  Let us remember that the regulator actually used the term “Unwanted” for niche channels in the Telecommunication (Broadcasting and Cable) Services (Eighth) (Addressable Systems) Tariff Order, 2017, which was published in the gazette of India.

Point no. 64 of the explanatory memorandum of NTO reads: “This marketing strategy based on bouquets essentially results in ‘perverse pricing’ of bouquets vis-à-vis the individual channels. As a result, the customers are forced to subscribe to bouquets rather than subscribing to a-la-carte channels of their choice. Thus, in the process, the public, in general, end up paying for ‘unwanted’ channels and this, in effect, restricts subscriber choice. Bundling of large number of unwanted channels in bouquets also results in artificial occupation of distributors’ network capacity. This acts as an entry barrier for newer TV channels.”

After being called “unwanted” channels in the TRAI’s new tariff order, all the English language channels across the networks are under pressure. The regulator along with cable operators and DPOs worked towards getting rid of these “unwanted” channels. All the good channels with differentiated content are going away right now because they happen to be niche channels.

Why is that TRAI did not think of survival of niche channels and discerning viewers separately? This is the result of a wrong regulatory approach.

Time and again BestMediaInfo.com has pointed out that it was always regulator versus broadcasters. A regulator that wanted to teach a lesson to broadcasters after coming under the influence of cable operators and DPOs.

However, the regulator claimed it was listening to consumers as well.

Now let us take a look at how wisdom is formed that leads to policy making. In the month of August last year, in a  closed-door meeting between TRAI officials, cable operators and broadcasters, a cable operator said all the broadcasters had launched their OTT platforms and they offer content to OTT platforms for free and this is why viewers watch them.

Now laugh at this plain nonsense thinking. Bringing content on OTT is the business allocations of broadcasters. On the other hand, a viewer is not watching it for free. They pay internet service providers for using bandwidth and the platform. So no one is getting any content for free. On OTT, they pay for consuming bandwidth, whereas they pay cable operators for linear television viewing.

They further went to ask TRAI to bring OTT under the same regulation, which was turned down by a TRAI member on the grounds of regulation overreach.

What cable operators and DPOs should bat for is that the regulatory burden should be reduced so that penetration increases exponentially.

But sadly, they are engaged in pulling down others who are growing. That is the reason TRAI has found an opportunity for getting into everything.

TRAI is of the view that broadcasters are not implementing the NTO 2.0 because the Bombay High Court has not released the order and cable operators and DPOs are suffering. Is TRAI a regulator for the broadcast industry as a whole or are they protectors of DPOs only?

Did the regulator do an impact analysis? Let us assume they did one and predicted the closure of 20 channels in a year.

If yes, then they killed these businesses knowingly. And if no, they must answer the industry, which is bleeding. In contrast, has any cable business shut? You will find none.

The broadcast industry can only hope that the government now steps in to reduce or remove the regulatory burdens and help one of the largest job creators grow.