A special initiative to revive the cyclone-ravaged West Bengal 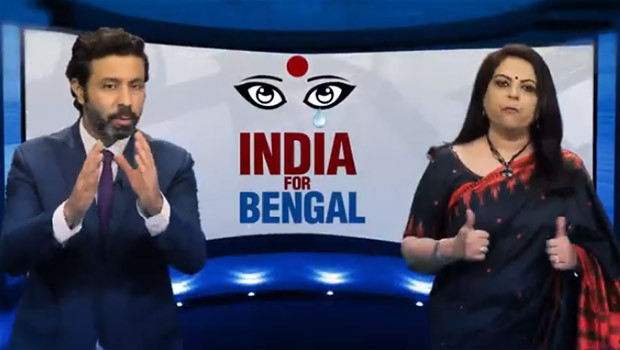 Times Network has launched ‘India For Bengal’, a special initiative to create awareness and raise funds for the relief efforts for the State ravaged by the catastrophic Cyclone Amphan. Committed to drive the cause through a unified voice, Times Network encourages the nation to stand with the people of Bengal and contribute to rebuild the state.

With more than 1.36 Crore people affected and 10.5 Lakh houses damaged, the cyclone shattered and unhinged the lives of many, resulting in extensive loss. Electricity and telephone lines have been brought down, houses flattened and hundreds of full-grown trees uprooted across Kolkata city and the entire State. ‘India For Bengal’ seeks to help those who have been affected by nature’s fury by raising awareness about the plight of the people in the affected state and urges Indians to join hands to support the lives and livelihood of fellow citizens in West Bengal.

Citizens can donate funds to: Speaking on this initiative, MK Anand, MD & CEO, Times Network said, ““Bengal is a keystone of India’s cultural heritage. The State and its people have been ravaged by one of the biggest natural disasters in recent times. ‘India for Bengal’ is an act of urgency that requires support and solidarity of the entire nation to rebuild West Bengal. Through this initiative, we aim to offer our nationwide reach to appeal to all Indians to step forward and contribute to this task of relief & rehabilitation. I am confident that with our collective efforts and push we will be able to speedily bring help to the affected and start the healing process.”

This National level drive will run through www.timesnownews.com and on TIMES NOW and Mirror NOW, to create maximum assistance for lakhs of people who have been displaced by the cyclone. Interviews with the critical stakeholders of the state and extensive reportage with ground reports, the English news channels of the network – Times NOW and Mirror NOW will extensively cover the aftermath of the cyclone.