Experts highlight ads of the past that evoke pride, unity, happiness and courage and say these will help make people future-ready for post-Covid time with the thought that there is light at the end of the tunnel 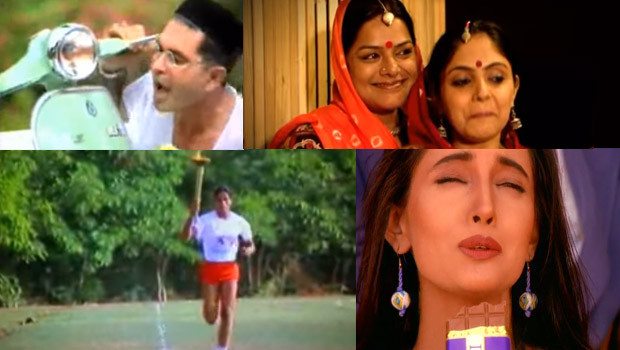 Advertisements play a big role in our lives. Unlike movies or serials, they can evoke emotions and can deliver a message to viewers in minutes or even seconds. Amid the coronavirus lockdown, many entertainment channels have brought back their iconic shows to entertain consumers and put their spirits high.

But can old ads also make a comeback and make the viewers go down memory lane?

Amul became the early mover by running the Amul Manthan ad from 2012 on its social media and Doordarshan channel, giving a feeling of nostalgia among consumers.

Experts highlight ads from the past that evoke pride, unity, happiness and courage and say these will be apt in lifting people’s moods and help them prepare for the future with full energy.

According to KV Sridhar, Global Chief Creative Officer of Nihilent, Hypercollective, the country is once again talking about the Make in India concept without being dependent on the world, and it is important to cheer people and fill their hearts with pride and unity.

He suggests the Humara Bajaj ad from 1989 by Bajaj Motors and ‘Spread a light of freedom’ ad from 1988 by Doordarshan can be re-run. “These will make people realise on how to handle the post-Covid situation, both in terms of peace and economy,” he said.

The ‘Spread a light of freedom’ ad’s aim was to spread the message of national integration as back then there were lots of state and linguistic barriers in India.

With the first Humara Bajaj ad, the group intended to send gentle reminders to audiences to take pride in indigenous Indian products.

In the mid-80s, Rajiv Gandhi had initiated talks on opening up the economy to foreign competition. But there was this thought that Indian brands were not prepared for the influx of supposedly more competent rivals. Hence, Bajaj Auto decided to fight back with an emotional campaign.

“Though it was Bajaj, it changed the mood of the entire nation. The message of the campaign was a confident, bold and elegant statement that the Indian industry had made to the consumers and the world by saying we have created iconic brands and we can compete in the global market,” says Sridhar.

After that campaign, a lot of Indian brands showed its conviction.

“Now with the lockdown and collapsing world economy, it’s again time for India to find the opportunity of manufacturing goods and exporting it to the world after Covid,” he said.

In a post-Covid era, India should not depend on the world economy and must focus on manufacturing more products within the country. The world is going to be a little polarised and therefore it is a tremendous opportunity for a country like India to put its hands up and contribute to the Make in India concept.

“Spread a light of freedom make everyone see India as one country with solidarity and then come together and fight as one. It should be like now, when we are fighting the coronavirus with no concern of caste, creed, religion, education and class.

“When we move to the second stage of reconstruction of the country after defeating Covid, then we need the country to come together, forget and make a lot of sacrifices and carry people along with them. This way, we will quickly get back on our own feet,” Sridhar said.

Sukesh Nayak, CCO of Ogilvy India, says happiness is something that everyone needs right now and ads of the past that evoke this emotion are good to re-run again.

According to him, Cadbury Dairy Milk’s ‘Shimona’ ad is the best to uplift the mood of consumers.

“There is no better ad that uplifts anyone than this ad. Even now, after so many years, every time I see the girl leap over the rope and do the dance, it still makes me smile the same way like I did when I first saw this ad as a young boy in school,” he said.

The second ad suggested by Nayak is ‘Dhara - Jalebi - Ghar chod ke ja raha hun’. He says in the current time where everyone is creating communication on asking people not to leave homes, the Dhara Jalebi ad is a simple way of asking everyone to stay home, enjoy being at home with a family that knows how to brighten your mood.

“As a boy who studied in a boarding school, this ad always reminded us of why to run back home. I hope in these times, it also reminds people to not leave home,” Nayak said.

The Buland Bharat ki Buland Tasveer ad by Bajaj Motors stirred a different kind of national consciousness among the masses, telling Indians to not look back. India of the future was expected to be bold, uplifted and fierce. “It would be great to see it starting the day the lockdown gets lifted. It is a time when we might have to reshape and relook at a lot of things. This piece of song and film will be apt to prepare for the future,” said Sagar Kapoor, CCO, Lowe Lintas.

According to Kapoor, the century-old print ad ‘Crowds Breed Contagion’ of Lifebuoy talks about the illness risks that crowds bring. The ad speaks about the role of soap in breaking the chain of contagion.

“The ad will be a message, especially to those people who are still not taking the virus spread seriously,” Kapoor said. 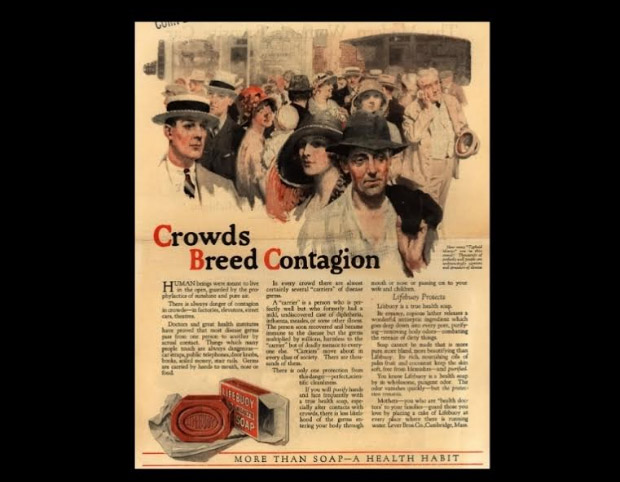 According to information available at the repository of the Duke University, the ad was published in 1923 in an American magazine named Saturday Evening Post.

The Tata Salt, Maine Desh Ka Namak Khaya Hai campaign released in the year 2000 by Clarion showcases small acts of honesty and integrity that link back to the idiomatic usage of the word ‘salt’. Even in this day and age of mercenary materialism and unmitigated cynicism, these simple words have an earthy appeal that goes straight to the heart. For the catch in this phrase lie all those old-world sentiments of honesty, integrity and loyalty — not to mention patriotism — that stir the soul. KS Chakravarthy, Co-Founder, Chief Creative Officer of Tidal7 Brand and Digital, suggests the Tata Salt ads of 2000 and 2014; they are particularly relevant now because they show the spirit of selfless commitment that will see someone through.