A policy paper co-authored by Kapur, FTII President and Tripathi, CBFC member, says OTT platforms do not need censorship like films and advocates creative freedom for their growth 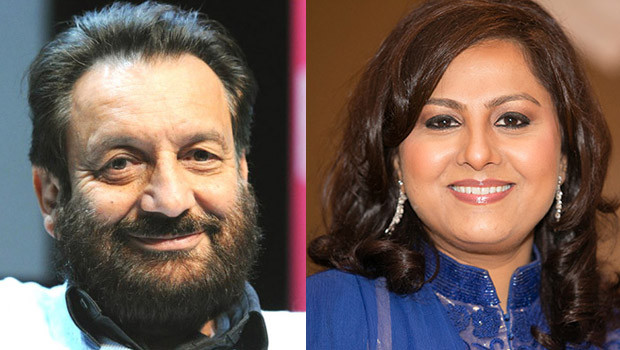 A paper authored by Film and Television Institute of India (FTII) President Shekhar Kapur and Censor Board member Vani Tripathi Tikoo strongly advocates promoting creative freedom to utilise the full potential of over-the-top (OTT) platforms and argues against their censorship.

“The first important transformation India should undertake is to usher in creative freedom, by encouraging industry standards to help provide viewers with information about content, allowing them to make their own viewing choices. In the context of OTT, the industry should be encouraged to come together and standardise, to ensure consumers have all the information and technological controls they need, for making informed decisions about the content they consume,” reads the report, titled ‘Embracing Non-Linearity: The Future of India’s Entertainment Industry’.

The report, published by Delhi-based think tank Esya Centre, comes close on the heels of the government’s decision to bring OTT platforms under the purview of the Union Ministry of Information and Broadcasting, triggering possibilities of censorship of online content on the lines of existing regulations for print and electronic media. In October, the Supreme Court had also sought the Centre’s response on a PIL seeking the regulation of OTT platforms by an autonomous body.

At present, there is no mechanism to monitor OTT content. In an interview to BestMediaInfo.com, Gaurav Tiwari, National Secretary of the BJP’s youth wing, also spoke of the need for self-regulation and said the government interference is only due to its absence.

While the report makes a strong case for creative freedom, it also seeks to protect children from being exposed to inappropriate material. “Such measures should seek to protect children from inappropriate materials, inform viewers about the themes of any particular content, and provide tools such as parental controls to ensure that parents can effectively regulate the content viewed by young children,” it says.

The report states that the personalised nature of OTT media has helped keep it relatively free of content restrictions. Under the Cinematograph Act of 1952, films intended for theatrical release are censored as they are for ‘public exhibition’ and the state regulates broadcast content on the notion of spectrum scarcity — “that the airwaves used to broadcast TV signals are a scarce public good, and therefore subject to regulation for the public benefit.”

Apart from advocating creative freedom, the report suggests other transformations like policy changes to increase hardware localisation. This would help increase India’s capacity to create more devices that could go on to become platforms in itself. A possible policy it suggests is non-tariff barriers, such as local language requirements, to enable domestic manufacture. Citing the example of Saregama Carvaan, it says, “Locally designed and manufactured hardware is likely to integrate nuances of cultural design, with products being designed with the realities of Indian consumers in mind.”

The report pushes for a level playing field through the creative supply chain. “When it comes to competition between platforms and technologies, old and new business models, states should not pick winners and losers through policy or regulation. Free and fair competition between various players will ensure maximum efficiency in the market,” it states.

The 30-page document also highlights India’s culture, its people and its creative industries as its strengths to become a world leader in the entertainment arena. Citing the example of Chhota Bheem’s success in other countries, the report stresses the need to highlight Indian values and focus on “telling our own stories”.

“Indian creators must rise to the occasion and translate our rich cultural legacies into world leading media and entertainment products,” it says.

Analysing the impact of new-age technology such as artificial intelligence, augmented reality and virtual reality on storytelling and the role of OTT, it highlights India’s failure to harness the potential of the massive internet market. It says that though Indians are the largest consumers of data, consuming an average of 12 GB/month in 2019, the value derived from this consumption is captured by Euro-American or Chinese media platforms. Only 8.8% of websites requested by south Asian users are hosted here, compared with regions such as East Asia (42%) and US-Canada (74.2%).

“India’s thriving domestic market has reacted positively to local content created by global platforms, representing significant under-utilised strength. There is a need to address this gap between potential and reality, by creating Indian platforms and content that can benefit from the country’s high data consumption,” states the report.