How ABP Network reinvents the identity of its seven news brands

After changing its name from ABP News Network to ABP Network, and announcing the ABP Studios, the media group has announced a rebranding exercise to establish a differentiated identity in the clustered news market. The network has now unveiled new logos for all its news channels – ABP News, ABP Ananda, ABP Majha, ABP Ganga, ABP Asmita, and ABP Sanjha, along with the logo of its digital platform, ABP Live.

What exactly pushed the rebranding? 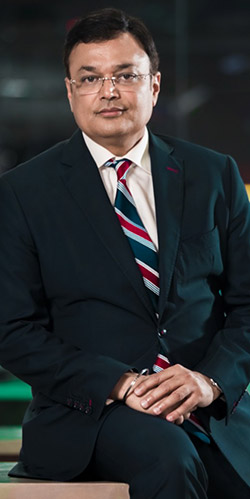 According to Avinash Pandey, CEO, ABP Network, they are focusing on being differentiated and limitless as a media organisation. He said their aim is to develop an informed society that can be limitless. “We are extremely excited to be initiating this change. The new logos of ABP Network’s news channels & digital platform better capture the passion and purpose of the network. Our new identity is a direct representation of our vision of fearless news reporting and our limitless ability to inspire people, spark imaginations, and enlighten minds. Our new logos stand as a testimony to our relentless pursuit of truth beyond limits. The new arrow in our refreshed logos breaks free from a relatively static framework, to make itself better suited for the fast-evolving media landscape.”

“It is very important for a company like us which has a strong heritage that we embrace changes, we embrace digital technology, and evolve in sync with the trends that will shape our future. When you start making goodwill, or money, too many people join it until nothing is left. In a cluttered environment like that, it is important that you impart the right value that you stand for,” he said.

With this exercise, the network is also changing its arrow logo. The new logo now is not inside a box, signifying the changing dynamics. “In our refreshed logo, the new arrow flies; it flies free from its original framework. So essentially, the bird is coming out of the cage. It's a dynamic symbol that serves as a guide to our viewers. The legendary arrow is key to our design, and it is the vector to the change, a driving force, and a guide of agility and freedom,” said Pandey.

The new identity is created by Saffron Brand Consultants, an independent global brand consultancy based in Madrid, Spain, which has clients like Facebook, Tata, and L&T. Although this is their first association with a news channel. Pandey said the issue they were trying to solve is that all news channels look and feel the same which is why they chose Saffron as they wanted to bring a fresh perspective towards TV news.

What does the rebranding communicate? 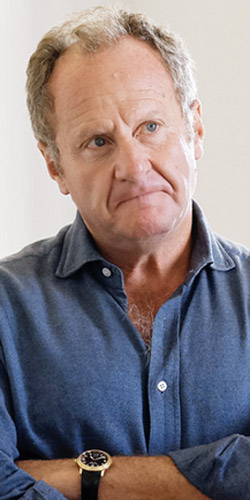 Speaking about their partnership with ABP Network, Jacob Benbunan, Co-founder and CEO, Saffron, said being approached by ABP was exciting because it’s an organisation that touches people every day.  “We wanted the symbol of ABP News to really be able to move, to be dynamic and show what news and breaking news are. We developed this idea of the compass and by doing this, we believe we introduced a powerful element, which tells us where the right source of information and news is,” he said.

“When we started to work on this, we realised it’s a fantastic opportunity to convey what the ABP network stood for. This is a fundamental substance that every engagement that we carry includes what is the strategy behind the design expression for this,” he added.

Benbunan said they also wanted to do away with ABP’s association with Star. He said the arrow point was in a little box which they wanted to free. The logo needed to complement the network’s digital presence. Along with the logo, the overall look of the channel is also changing, which Benbunan said is inspired by Indian fabric.

“The logo is just the signature, from a visual language there was a wonderful opportunity to reflect the variety, diversity, and beauty that India has, which gets manifested through its textiles, across the fabric. The fabric conveys the idea of the different threads that make Indian society. We thought of using different patterns in the background using the colours of red and gold as the elements of threads that would create this fabric. The red thread unites all the manifestation of ABP News; beyond that, a new font has been developed which conveys the idea of dynamism,” he said.

Benbunan said that they are trying to move away from identities that are very similar to other networks. “We are moving from a very static symbol identity similar to other TV networks to a very unique and moving identity with differentiated attractive elements and assets that make the system. It is moving away from the danger of becoming vanilla and soulless like many channels in India which by the way are designed to look international channels instead of something genuinely Indian,” he said.

Asked how the new rebranding will be accepted by the existing viewers who have been comfortable with the old identity, he said, “ABP stands for uncompromising commitment to the truth. This is what we wanted to convey in a way when we revealed the new identity for all the channels of ABP Network. The group is over 100 years old, and although we are catering to new audiences, and even if it throws into the digital age, it does stay loyal to the roots of the ABP group,” he added.

The goals behind the rebranding

He said there will be changes in the programming schedules of the channel. The channel that had earlier also announced ABP Studios will be focusing on bringing social stories, documentaries shows and chat shows. “We are making changes in the way we deliver the news. Hopefully, it should not only increase our audience base but also bring more credibility to us than regular news brands,” he added.