In an interaction with BestMediaInfo.com, Kapil Agarwal, JMD, UFO Moviez, explains their decision to enter the film distribution business and discusses the new business opportunities ahead of them 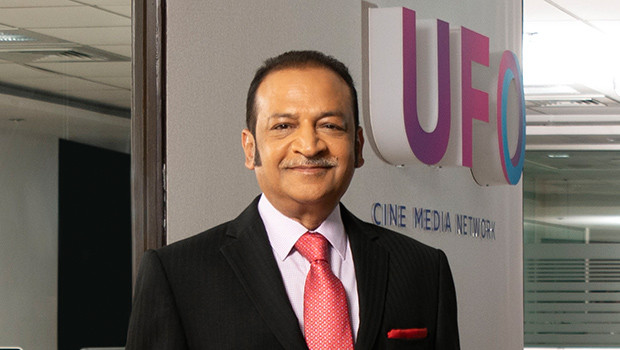 Digital cinema distribution network and in-cinema advertising platform UFO Moviez recently announced its foray in the film distribution business. Explaining what led them to enter the business, Kapil Agarwal, JMD, UFO Moviez, says they had been looking for areas to expand and so distribution was a natural integration for them.

“Every distributor in the country releases movies using our infrastructure, so why can’t we be that distributor. This was always on our minds. What accelerated the decision was the plight of the single screens and smaller multiplexes because these guys open up whenever a movie comes. If there is no movie for two weeks, they will remain shut. We thought it's the right time to get into it so that we can give a consistent slate of movies week after week and that they can remain open and revive,” he said.

He said when they spoke to exhibitors they also suggested the need for a continued slate. “The producers are also looking at releasing their movies in theatres. However, they are not finding distributors; even the ones that are there would ask for a very high fee.”

“We charge the distribution fee as a percentage of the revenue. We converted our VPF (virtual print fee) that we used to take upfront as a fixed cost. We converted that into a variable back-ended cost model,” he said.

Agarwal said they have created a business model where everything is variable. They will be responsible for distribution, collection and calculation of VPF on a collection and per location basis.

As no corporate distributors are left in the country, their model is completely fees-based, says Agarwal. “We are not getting into content risk. We will only release those movies where we don’t have to give any advance. We will take the content and release it at a variable cost. We are not taking any content risk, because many distributors have shut down in the past as they used to take high MG (minimum guarantee) and advance. If the movie didn’t do well at the box office, they had to shut shop. We are creating only a fee-based model,” Agarwal explained.

Speaking about digital releases, he said currently they have some movies whose rights have already been sold to streaming platforms. For the remaining movies, they are open to selling their rights for a commission. “There are many movies coming to us and none of the rights have been sold. We will negotiate the satellite, music and OTT rights to help them sell the movies at a commission. The advantage is that when you go to an OTT platform, they are not looking for an individual title but are looking for slates. We will be able to consolidate and provide the slates to OTT and satellites,” said Agarwal.

Asked what will happen to the traditional business revenues of UFO Moviez, he said, “We have three revenue streams: VPF, rental of equipment and monetising advertising inventory. If theatres are shut, that means I am not making any VPF or ad revenue. By giving a consistent slate of releases, I will ensure they reopen, make the VPF, and they will be able to pay us rent. If every week a new movie comes to theatres, there will be more footfall and we will be able to earn more through advertising. We are bringing complete transparency in the film ecosystem. We are converting everything now on a revenue share basis.”

This weekend, Tenet released and so if there is good content, people will go out, he said. Other big releases are movies like Wonder Woman. When they see the footfall increasing, they will plan their releases. “According to me, the end of December and January will be the defining period. Within two months, you can expect big movies to start releasing. Producers are waiting for the government to relax the norms as now only 50% capacity is allowed; they are waiting for it to be at least 60-75%,” he said.