Some of the country’s top newspapers say the government should step in to bail out the media that imparts credible information, especially during times of fake news 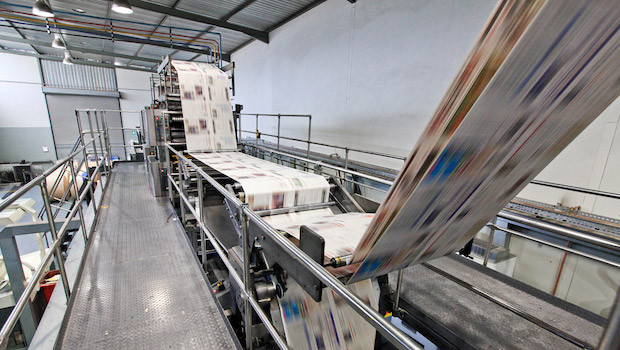 “The government should look at helping the media as it needs hand-holding now. Newspapers are not like any other product. They impart information. The government should help the media that imparts credible information, especially during times of fake news. Newspapers shouldn’t have to close down,” said Varghese Chandy, Vice-President, Marketing and Advertising Sales, Malayala Manorama.

The Directorate of Advertising & Visual Publicity’s (DAVP) rates for advertising in newspapers are much lower than the commercial rates and this brings down their margins. For many years, the Indian Newspaper Society (INS) has been asking the government to increase the prices. Chandy, like many others in the industry, believes that the government and its institutions need to increase its advertising rates.

“For us our biggest need is funds. In India, the newspapers are priced really low and we are totally dependent on advertising revenue. It is time for the government to increase DAVP rates. Currently, it is less than 75% of the card rates and the prices are controlled by the government,” he said.

Suresh Balakrishna, Chief Revenue Officer, The Hindu, also agrees on this demand apart from seeking a withdrawal of import duty.

“Some stimulus in terms of increasing the existing government rates will definitely help in bringing us back to normalcy. We believe that revoking the 5% import duty will also help as most newspapers import newsprint to a large extent,” he said.

Shital Vij, publisher of Punjab-based Hindi daily Dainik Savera Times, said, “Companies have reduced the print advertising budget and so the publication has to publish advertisements at a low rate. We are not able to meet the expenses of the publication. People have now gone back to reading the newspaper and the circulation has recovered. So the government should increase the rate and increase the print advertising budget. They should also subsidise the paper and ink and should take steps to revive the newspaper industry.”

In the last Budget, the government brought down the customs duty on newsprint from 10% to 5%. But the Indian Newspaper Society (INS) has been urging the government to completely waive off this charge as it is an additional burden for the industry during these tough times.

MV Shreyams Kumar, Managing Director, Mathrubhumi, says public sector undertakings (PSUs) should not be given DAVP rates. “There is a direction from the I&B Ministry that these should be given DAVP rates. That is not possible. These are commercial entities. The government should withdraw the direction given to the newspapers,” he said.

The Hindu has begun seeing some recovery. “As far as The Hindu group is concerned, in the last three to four months we have seen recovery happening. Both our circulation and ad revenue is coming back. Our circulation is almost 90% of the pre-Covid levels and even with regard to ad revenue, we are doing much better than the rest of the industry with around 70% of it coming back. I think by April- May, we will get as close to normal as possible,” Balakrishna said.

Even Malayala Manorama is optimistic of a recovery in the coming year. “The situation should start improving from the second quarter of the next year. Our ad revenue is already 70% of the pre-Covid levels and we are assuming it will touch 90% towards the end of the first quarter. But several factors will have an impact. It even depends on the mutated virus and the vaccine rollout next year,” said Chandy.

Without stating any figures, Kumar said, “Circulation is improving now. The ad revenue is a challenge but still it is far better than what it was in the beginning. It has not reached the old levels but things are picking up. We have taken the opportunity to relook at how we function.”

“Paywall is the way forward and we are working towards it.”