A week after some of India’s top brands expressed their concern over the rise in toxic content, more names have come forward to say that news channels may not remain the platforms of their choice for advertising because of brand safety issues. 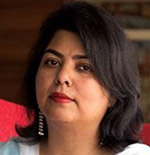 Talking to BestMediaInfo.com, Sumeet Singh, Chief Marketing Officer, Info Edge, (the company that operates top sites such as Naukri.com, Jeevansathi.com and 99Acres.com), said, “I agree that channels need to be conscious about the way facts and news are presented and more so as they have a huge influence on people.  Journalists are well respected and thus their words matter.”

Echoing the same views, Smita Murarka, Vice-President, Marketing, Duroflex, said, “If this continues, the sanctity of the platform will be destroyed and sooner or later we will be forced to shift out.”

“Content creators are the ones that have the creative ability to showcase fiction or narratives that touch varied emotions. Unfortunately, news channels, which are supposed to be in the business of reporting facts, seem to have taken over this role. As good brands, we are extremely conscious of the content in our 30-second ads. It’s appalling to see how consciousness is missing in the quest for TRPs,” Murarka said.

Another major advertiser in the financial services category said his company wasn’t very happy advertising on some of the news channels (even if they command maximum viewership) as the toxicity in the content is against the brand values of the company.

“The brand legacy built over generations cannot be diluted by advertising on news channels that are spreading hatred. We hold our brand values strongly. Our ad monies cannot be used to support hatred,” said the Chief Marketing Officer of the company on condition of anonymity.

Last week, BestMediaInfo.com had reported that top brands such as Amul, Parle Products and Future Group among others were concerned about the toxicity and said they may even reconsider their ad spends if the news broadcasters don’t get serious about their content.

The news article sparked a major debate in the industry over the state of news being broadcast by some channels, especially in the context of the Sushant Singh Rajput suicide case and what followed after that.

Sharing his views, business strategist Lloyd Mathias, former Asia Marketing Head for HP Inc, said, “Brand custodians who sense that most of their customers are perturbed about content and coverage on any particular channel, or find the editorial environment incongruous, will subtly pull back without overtly making a statement.”

In an interview to BestMediaInfo.com, News Broadcasting Authority President Rajat Sharma had urged advertisers to boycott channels spreading hate. Sharma had said, “Advertisers should make a distinction between channels that are unnecessarily aggressive, allow abuses and fights as part of their content. They should differentiate between the news channels that are invading privacy and creating high-voltage drama to draw attention.”

In the last few months, several top global companies have pulled their advertisements from social media platforms such as Facebook and Twitter because of issues related to brand safety.

“We at Info Edge have always been very careful of where we place our brands and the quality of our GRP,” Singh said.

Adding, Murarka said, “Unfortunately we are not in the business of controlling their content, but as advertisers we are conscious of the TG that is watching.”

Though brands realise several news platforms may not be apt for them in terms of brand safety but can they utilise their advertising might to influence editorial content? Experts have varying views on the matter. 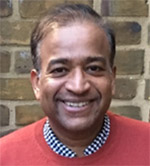 Mathias said, “I believe that for a healthy democracy, corporations should not be allowed to tell news channels what to report, or how. If brands start to use their budgets to boycott certain channels with a view to ask them to ‘behave’, they are fundamentally interfering in the process of news delivery, and are actively diving into areas that are beyond their commercial mandate.”

He said, “While today the expectation may be to pull their advertising off news channels that supposedly spew hate, it won’t be long before activists will expect brands and corporates to take sides on political and social issues, and this can have no end.”

Voicing the concerns of majority of advertisers when it comes to pulling advertising from news channels, Mathias said,” In the current polarised atmosphere, clearly any attempt to boycott a channel can backfire, especially if that channel has a wide viewership – even though the brand custodians may view the segment of viewers of that channel with disdain. In a vast country with diverging views, picking and choosing issues and sides will be a nightmare that most brands would like to avoid.”

“Brands can drive opinion formation on moderation and responsible behaviour through their own advertising messaging and by supporting causes in the space they think some channels are disrupting,” he said.

(With inputs from Niraj Sharma)