Some experts say brands should not pay any heed to trolls on social media but others say trolls can be detrimental to a brand’s value. With online bullying of brands increasing, BestMediaInfo.com finds out why and how one can adopt a fool-proof strategy to dodge these harsh bullets

Advertising spends on social media is growing like never before but the medium comes with its own flip side too — trolls. Social media platforms are plagued more than ever by trolls, which are increasingly targeting brands even on the slightest pretext.

While brands for long have been sharing and launching ad campaigns on social media, the recent Tanishq fiasco is a classic reminder for others to adopt stricter guidelines and strategies to avoid high-intensity backlashes.

BestMediaInfo.com finds out if there is a fool-proof strategy to avoid trolls or backlash in such delicate times.

Many a time, brands and agencies go by their gut feeling without doing any pre-campaign impact analysis or social listening before making their campaigns public at scale.

However, in the case of social media, is just going by gut feeling to launch any campaign enough or do brands constantly need to monitor their social media feeds to ensure the right sentiments?

Abhishek Shah, AVP, Marketing, BharatPe, says sometimes he does take decisions based on gut feeling but cautioned, “When it comes to designing brand campaigns that can connect with a set of target audience and drive high impact, I believe doing consumer research is the right approach. This is because it helps you better understand the customer sentiment, design your campaign based on what works well with your audience base and, hence, increases the possibility of success. Data and in-depth analysis enable intelligent and informed decision-making.”

Brand perception takes a very long time to develop and can be etched in the minds of a consumer — and, ironically, can be destroyed in a matter of minutes. 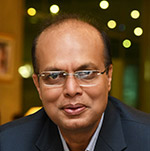 That being said, Rajendra Agarwal, Managing Director, Donear Industries, suggested that brands should conduct several studies or research to choose their campaign communication.

Donear itself develops a few models and tests it on specific cohorts. Through a series of tests, it assimilates what the communication is and what call to action it triggers.

“It's a science and extremely important,” he said.

However, Lloyd Mathias, Business Strategist and former APAC Marketing Head of HP Inc., said marketers with a good understanding of their consumers and markets do not need to go for an impact analysis of every campaign they put out.

“Two factors have contributed to a situation where marketers feel they are treading on eggshells.  Firstly, the spread of social media has made everyone a publisher with the ability to air and amplify their views rapidly. Then, of course, is the fact that in these polarising times, a section of consumers may take offence and in no time, the situation can go out of hand. While both of these are real, a careful understanding of the campaign and its possible ramifications are good enough,” he said.

He believes that pre-testing and impact analysis are a needless defensive strategy and there is no guarantee that a campaign in the testing stage coming through as okay won’t meet with controversy in the market.

For Pawan Sarda, Group Head, Digital, Marketing and e-commerce, Future Group, it is a mix of both heart and science, given the fact that storytelling is a creative process.

What should rather be kept in mind is the mood of the nation, he said.
“One needs to be aware of the social chat in terms of what is happening in the country. It becomes really important to capture the current moment and then create a surrounding for your brand and decide what do you want for your brand or not,” Sarda added. 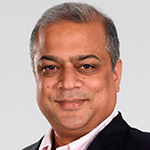 Social listening does provide an idea and signal but it is a lot of noise with no uniformity, said Kashyap Vadapalli, Chief Marketing Officer at Pepperfry.

He suggested brands should rather have a deep understanding of its customers, of what they are and what they want. Brands need to understand what the signal is and how to differentiate from the noise.

Sharing his own personal experience, Kiran Khalap, Co-founder and Managing Director at Chlorophyll Brand and Communications Consultancy, said that pre-testing rarely helps, simply because by the time of the release, the competitive context would have altered dramatically and in digital era, this change in context happens on an hourly basis.

Secondly, in this era, unlike pre-digital, it is not just the direct stakeholders who react to messaging; all sections of society do because they can.

A brand will get praise or criticism from unexpected quarters.

For example in 2015, a rap singer called Sofia Ashraf forced Hindustan Unilever to settle dues for workers in their Kodaikanal factory for mercury poisoning after 15 years.

Therefore, the analysis can only be theoretical, where the brand owners and agencies study all possible segments that would react, but they can hardly predict who will react, he said.

So does a fool-proof strategy to ensure brand safety even exist?

Trolling is something one can never avoid. Hence, there is no rulebook for this, said Shah.

“However, in the current times where anything and everything can create waves in the digital world and hamper the brand reputation, it is recommended to stay away from extremely controversial themes or topics like those around caste, religion or politics,” he said.

A brand needs to ensure that it takes into account all sensitivities when planning a campaign; but at the same time not be afraid to reflect a point of view that is relevant for its brand and audience, suggested Mathias.

“While they may seem like a tough act, some of the most impactful campaigns do this with ease, while keeping off sensitive areas controversies,” he added.

To avoid trolls, it is recommended that brands should use digital tools to continuously monitor and listen to brand conversations that take place in the social world, Shah added.

These days, it is pretty easy and fast to do an impact analysis as things have gone digital. One can have specialised tools to run the impact analysis before designing a campaign. It always helps to have insight on the consumer and also understand the local nuances.

He recommends brands to keep a track of social media conversations on an ongoing basis and not wait for a campaign launch.

This can help the brands to get a sense of the customer sentiment and smartly design the brand campaign accordingly.

Even Agarwal agreed that it is incredibly vital to understand the subliminal nuances of your communication before any rollout.

He said, “What is more important is to understand the brand universe — your customer, your brand identity, communication pillars, influencer groups, and your overall perception in the consumers’ mind vis a vis competition.”

Once that's done, one can marry it into the socio-political landscape and beta test it to develop a campaign or a communication route that's true to your brand ethos, he said.

While the traditional platforms, including TV or print, are considered monologue, social media allows an individual to have a conversation, a dialogue and a two-way conversation with brands.

If a brand is in the social media space, one needs to be ready for anything and everything in terms of conversations, said Sarda.
And thus, a fool-proof strategy doesn’t exist.

“You have to accept that there will be a chattery, you cannot go on social media and expect to have just good comments,” he said.
Trolling is an emotionally motivated activity; it is rarely a fact-based argument. There is a definite difference between a troll and a genuinely aggrieved customer. A troll’s job is to create a controversy, unlike a customer who is looking for a solution.

Khalap said that if the brand wishes to express itself, it must have clearly articulated internal policies. So when the trolling happens, everyone is clear that they are sticking to the policy.

Last year, a passenger made fun of a Vistara flight attendant resting in a lounge between flights. A nasty troll shot a photograph and tweeted it. Vistara gave it back to him, because their policy of looking after their crew was very clear.

Most critical, he added, “A brand must know whether it is using communication to express an unshakeable belief or to create a controversy for itself. If it is the former, it can stick to its guns, and deal with the trolls through humour (yes, it’s a great weapon) and factual arguments. If it is the latter, well then, one controversy creator deserves another!”