A small eatery #BabaKaDhaba operated by an elderly couple went viral after a video narrating their struggle was posted on social media. PepsiCo, Zomato, Paytm, Mobikwik, Airtel Bank and Tinder spread the word about the place, and gave them cooking products and equipment, and online order and transaction services 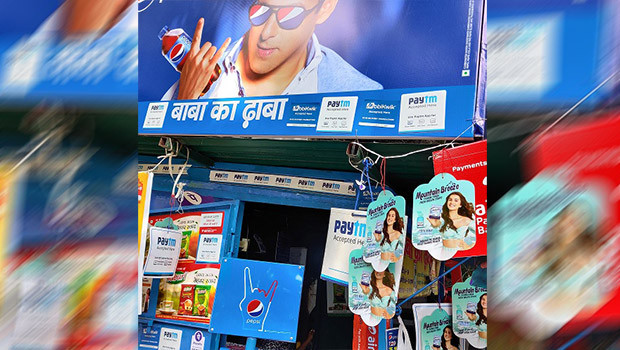 Brands across categories came forward and showed some love and support to #BabaKaDhaba in Delhi’s Malviya Nagar after a video narrating the struggle of an old couple who ran the small roadside eatery went viral on social media last Thursday.

Pepsico, Zomato, Paytm, Mobikwik, Airtel Bank as well as Tinder supported the small eatery with their products, services and by spreading a word about the place.

The dhaba is a small eatery operated by an elderly couple Kanta Prasad and his wife Badami Devi since the past 30 years. It went viral on social media after a video of Kanta Prasad narrating his struggle to run the eatery to food blogger Gaurav Wasan was posted on Instagram.

In the short video, Kanta Prasad broke down in tears as he narrated his plight of the difficulties that he faced while running the eatery in the wake of the coronavirus pandemic.

Beverage brand PepsiCo provided ration for him to cook food for selling and to feed the family too. The brand has put a Pepsi dealer board to give a facelift and to attract customers.

It gave Pepsi cooler so that Kanta Prasad can keep chilled beverages at his dhaba.

A free stock of Pepsi was given to him to sell it with food and earn more. A gas stove and other equipment were also given by the brand as he wanted it for his kitchen.

Food aggregator Zomato listed #BabaKaDhaba on the app and its team is working with the elderly couple there to enable food deliveries.

In order to encourage people to visit Baba Ka Dhaba, Tinder India recommended the eatery to couples for their "next date". Social media agreed that it is a great suggestion indeed.

Samit Sinha, Founder and Managing Partner, Alchemist Brand Consulting, said, “Baba Ka Dhaba obviously came on the radar of companies because of the video going viral on social media and trending on Twitter, without which it would have remained lost and forgotten like thousands of others like it. Cynicism aside, supporting the old couple is undoubtedly a small but welcome move in corporate social responsibility but it is probably not entirely divorced from the motivation of utilising the opportunity to earn marketing brownie-points among consumers. In my view, as long as it does social good, we should encourage these initiatives, regardless of the motivations behind them.” Kalyan Kumar, Co-Founder and CEO at Social Catalyst, said that the internet is talking about supporting more of local businesses and it’s perfectly fine for brands to leverage these good deeds. Having said that, there's something called "Effective Altruism" (which in a sense is getting institutionalised through their CSR), which is about finding a better altruistic bang for your buck, do things that maximise social good he said.

“Brands that gave a speedy response to leverage the BabaKaDhaba and help could possibly walk more on the talk and embrace more mom and pop dhabas and eateries that need visibility and help.  If a brand sees that its business is food, it should become part of their social support to the extent possible by keeping it a little more subtle, as the brands can often be called out in such scenarios where they may have truly meant well,” Kumar said.

Soon after Vasundhara Tankha Sharma, a Twitter user, posted the clip and urged citizens to visit Baba Ka Dhaba, it started getting widely circulated on Twitter.