We all follow our favourite celebrities on social media platforms and engage with them. However, the emergence of a new range of platforms is slowly changing the way people connect with celebrities. From customised birthday wishes to video meetings, these apps are providing a range of opportunities.

The apps are also acting as an additional way for celebrities to monetise their brand value according to their preferences and are beneficial for all the parties involved. Some provide opportunities for branded content and advertising, while others are purely playing as a platform to connect fans and celebrities.

These apps provide a safe environment for celebrities away from social media where they might be trolled, through AI and other features that scan the messages beforehand for the abusive or hurtful content.

According to Gaurav Tripathi, Co-founder & CEO, Superpro.ai, the aim is to empower the celebrities to monetise their followers in an easier way. He says they can price the various offerings like a personalised video call or a birthday wish at a price that the end consumer would pay for. This amount is later divided between the celebrity and the platform at some commission. “So what we are doing is, we are taking a 10% commission on all the transactions, we don't look at what is the nature of the transaction with service and how much money it is. It's simple, just a 10% commission on top of whatever people pay,” he said. 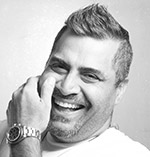 Shailendra Singh, Director, myFanPark, says, “At myFanPark, we are able to establish a genuine, personal, and far more authentic connection and experience — which is 100% unique to each fan engaging with the celebrity. This also means that while there is a far more personal connection, the ability for a celebrity to truly impact and uplift that fan is significantly higher through myFanPark. We’ve been overwhelmed by the personal, and motivating nature of the message requests — and equally the impact of these videos on fans, whether to give strength, to create smiles, or to motivate and inspire.” 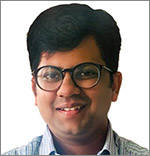 “With social media, the interaction between fans and celebrities is often passive and a one-way street. A fan may drop in hundreds of comments and likes every post of his celebrity but these are likely to get lost among thousands of such others. With TrueFan, what we want is to connect these true fans to their celebrities on a personal, one-to-one basis,” says Nimish Goel, Co-founder, and CEO, TrueFan.

With TrueFan, they are focusing on gamification and fun where they encourage fans to play simple quizzes to win video messages versus making them a one-off transactional purchase. They are also partnering with leading celebrities, “We have a very nominal fee of Rs 40 that a user needs to pay to play quizzes on the app and we extract a part of this fee to run the business,” he added.

What is the scope for integrations?

Syed Mohammed Talha Nazim, ECD, Ogilvy Bengaluru, and the Ex-CCO, YapStars, says these platforms are offering the celebrities an alternative avenue to earn. He also says there is massive room for brand integration and advertising here and by investing through these platforms, brands can save huge amounts of money that would be spent on traditional advertising.

Citing an example, he says, “Supposedly a brand has signed Shahrukh Khan for a year, and he gives four days of shoot time, you have to pump in a lot of money to support four days of shoot plus the media budget has to be 1:10. If you’ve spent 1 crore on an ad, there must be at least 20 crore invested to amplify that ad. But what about the remaining 360 days, with these platforms you can book Shahrukh and carry on branded content. For example, you can ask the users to prepare a 60-second dance sequence and announce a dance competition on short video format where he can be the judge. So this way, a brand can carry branded content and amplify it digitally rather than traditional media with extensive ad spends.”

While these celebrities do have a massive following on social media, the avenue of earning big through them is scarce. Given their following, it is difficult for smaller brands to reach them and they are missing out on a large number of opportunities, says Tripathi. He says because of this, smaller brands resort to agents or middle-men to reach celebrities.

“This is very opaque, there is no transparency in the system, wherein as a celebrity, let's say, gets only maybe Rs 25,000 for an Instagram post, but the middleman or the agent, that guy is selling it out for over one lakh. The celebrity does not even know that this guy has actually charged one lakh because the celebrity will never get to talk to the customer. So this is where we are disintermediating this by letting people get connected to the celebrity directly,” he added.

He says they are further working on newer avenues like collaborating with different market places where they will further sell these opportunities to connect to celebrities as they already have a huge following. 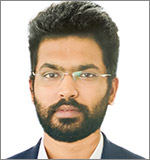 According to Vipul Agrawal, Co-Founder Unlu, another leverage is that brands will surely get ROI. “When you book a celebrity to post a video on social media, you do not have ROI. Brands mostly do not have the right to use it on their handles; we further give you the right of owning these things.” He says through this, you can target the brand as well as the celebrity’s audience.

While these platforms do offer an exciting space for brands, they themselves are relying on word of mouth marketing. As celebrities post on their platforms about the newer ways to connect, the word gets out and that’s how the brands also connect with them, suggest experts.

What is the scope for business growth and revenue?

According to Nazim, the scope for business growth is huge and the offerings can be modified in a number of ways to attract users. He said that while YapStars was a celebrity-based app, different strategies were adapted.

He said by introducing short-video-format on the platform you can further enter celebrity management and also enter the merchandise space seamlessly. He said with YapStars, they also looked at roping in casting directors to spot talent as people from cities other than Mumbai do struggle to find a space in the industry. “We also wanted to pull in casting directors, who would spot people and talent on the platform. So again it's a win-win situation for the people as well as directors,” he said.

“Many of the people are actors but not celebs, so here’s a chance for them to turn into a celebrity. Brands, casting directors also see the star value. The moment you connect with the fans and your followers grow up, there's a possibility for them to get a lot of opportunities,” he added.

According to Agrawal, since the revenue is good, they haven't spent much on marketing. He says most of the bookings are organic and 30-40% of the users are coming through word of mouth or references. “Learning by the market, it is pretty much open, it's more than a billion-dollar market going with 2-30% CAGR,” he added.

What are the challenges?

While the platforms do provide brands as well as celebs a good way to leverage on opportunities, there are also a few challenges. According to Nazim, most of the platforms are now playing on the tried-tested formula and there is not enough innovation. He also said these platforms require huge investments from investors.

“Unlike other startups, the investment is very high because you need to hire 20 artists at least to increase traction and how do you get celebs without money?” he said. He says another challenge is that a number of old celebrities do not understand the technology and might not understand the model completely.

He says it is important for these platforms to have a crack team where the members understand their part of the job well to gain the trust of the investors.

According to Agrawal, paying capabilities is another challenge the platforms face. He says while in metros and urban areas people won’t mind paying, the moment you enter tier two or three areas, it will be a challenge to get people to pay.

Tags: In-depth The rise of platforms connecting celebrities and fans
More from this section