Conceptualised by What’s Your Problem, the campaigns launched by the news aggregator and its short-video app Josh for IPL are humorous, witty, cheeky yet insightful, Vora, CMO of Dailyhunt, tells BestMediaInfo.com

News aggregator Dailyhunt and its short-video app Josh launched a series of 15-second humorous, witty, cheeky, yet insightful ad films for the IPL season to target millennials and to highlight the core benefits of the platforms among them.

Through the campaign conceptualised by What’s Your Problem, the brand wanted to talk to a younger audience about its huge array of features using a tonality they were comfortable with.

The business objective is to position Dailyhunt as a young, fresh brand and increase its usage by a younger set of millenials. 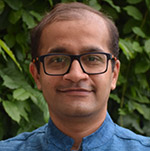 “We have always aimed to connect with our audiences across real Bharat. While previous campaigns such as #HarBhashaEqual and #KhudKiSochBanao focused on the importance of linguistic diversity and inspired the audience to form their own opinion, respectively, the present campaign focuses on the fresh nature of our brand and our young audiences,” said Samir Vora, CMO at Dailyhunt.

For Josh, the brief given to the agency was to position the app as the short-video destination of choice for India. The campaign had to resonate with young people and create a compelling reason to sample Josh. “Being a creator-first platform, it was natural for us to get inspired by our pool of creators. Once the insight (Hosh life V/s Josh life) was arrived at, the rest was relatively easy to get around,” said Vora.

Vora said that IPL is the biggest media opportunity in the country, and the platform gives an amazing reach and opportunity to young brands like theirs to communicate effectively to its audiences. “It is early days yet of the 51-day frenzy but we are seeing encouraging trends. Being an associate sponsor allows us to build on our communication consistently with high frequency and this is extremely helpful for the newly launched Josh.”

Speaking on the challenges faced while ideating the campaigns, Amit Akali, Managing Partner and Creative head, What’s Your Problem, said, “The challenge while ideating was to present the Dailyhunt benefits in an interesting manner. Dailyhunt has many unique features but the brand had never spoken about them. In a world of a million apps and gazillion features, the hardest part was to get our benefits to standing out and get noticed. So, we decided to find some unique situations from our user’s own life and added a little bit of Dailyhunt’s own tadka — of being fun, cheeky, yet insightful.”

The other challenge faced by the agency is to tell these stories in 15 seconds. Akali said there were many hilarious scripts that did not make the cut, just because they weren’t short enough. While shooting too, the agency needed spot-on actors who could deliver these benefits without a single dialogue.

“The clutter-breaking communication has already started to create an impact in the mind of the viewers and we anticipate even higher engagement as the tournament progresses,” said Vora.

According to Vora, there are encouraging trends on both platforms even though it is early days of its campaign launched with the tournament. “Whether Dailyhunt or Josh, our consumers are the focus of our efforts and we will continue to inform, entertain and socialise with them as we go forward.”

“For a product targeted at young people, the toughest part was to choose what to say when everything we had to offer was equally exciting. We had to deliver the message in the shortest time through pure performances as it was breaking on IPL. There were many logistical complications to make the three films happen, owing to the current pandemic situation. But somehow, everything turned out crazy good,” Akali said.

According to Akali, Dailyhunt had seen success with short-film format. So when it came to creating a buzz around Josh, a short-video app, the agency more than a game to experiment with it once again.

Akali said the best thing about Josh has been its creators and its content. The agency decided to learn from the app and understand what really works with Josh’s target audience.

“The core insight for our campaign – the fact that there are people who do the usual thing in an everyday situation, and then, there are those who put on their crazy hat in the same situation. This direction reflected in our creators and their content. The creative articulation hence was the difference between the ‘Hosh life Vs Josh Life’,” said Akali.

The production house involved for both the films is Tubelight.