Cable TV operators do not need TRAI’s protection, they need protection from TRAI

A cable operator narrates his account just two days before the final order on NTO 2.0 case by the Bombay High Court 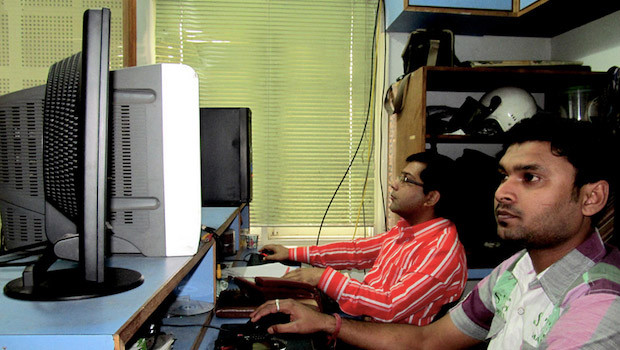 With Bombay High Court set to pronounce its order on September 16 in NTO 2.0 case filed by broadcasters against the Telecom Regulatory Authority of India (TRAI), a cable TV operator from West Bengal has corroborated what BestMediaInfo.com has been saying for long — let market forces drive the industry rather than killing the entire broadcasting business by your “unwanted” regulations impacting the lives of hundreds of thousands people employed by the sector.

In a recent article, BestMediaInfo.com, on the basis of several conversations with industry stakeholders including local cable operators, argued why the broadcast sector needs to be taken out of the regulator’s clutches if the government and courts want the sector to continue contributing to the GDP growth.

Also read: TRAI says “no” regulation for OTT for now

“I am a small cable TV operator from West Bengal. I just want to say these regulations of TRAI are slowly killing the cable TV business. It has increased the average cable TV bill and slowly making cable TV unattractive to the consumers. I don't know what TRAI will get by destroying the TV sector. What motive is there behind this destructive moves of TRAI?” Dilip Ghosh of CCN, a cable TV company situated in Siliguri, West Bengal, told BestMediaInfo.com.

Also read: Commentary: What triggered TRAI to order broadcasters to comply with NTO 2.0 when a court order is due

TRAI has always pretended to be the protector of cable operators. It must be recalled that it were cable operators who first went to the regulator, accusing the large broadcasters of anti-trust practices. The aftermath of which was the new tariff order.

However, with time, the cable operators are realising their mistakes. As they see everyone else, except them, growing in a free environment.

“We have told their higher authorities on several occasions and they tried to convince me that it is for the mutual benefit of operators and consumers. But our incomes have only slightly increased. For me, it is only Rs 3,000-4,000. With this, the cost of operation also increased. The system has become much more complicated and frequent changes are creating hindrance for both customer and us,” the operator said.

Also read: Commentary: How history will judge RS Sharma after his five-year stint as TRAI Chairman

For example, Sony closed Rs 31 and Rs 59 packages a few months ago. “After manually changing all the packages and communicating all this to my customers, within a month, they again brought back the Rs 31 and 59 packages. So I had to again go through the same process next month,” Ghosh said.

As per the version of the operator and his peers, majority of customers are unhappy with the new regime. And the same is true for cable TV operators and broadcasters.

“Cable TV operators do not need TRAI’s protection. Rather, we need protection from TRAI as too much regulation is killing the sector,” the operator said.

“It only makes me think that TRAI is working on the behest of some forces to make way for some other players at the expense of lakhs of middle-class and small cable TV operators by temporarily fooling the consumers. I would like to request TRAI to set the television sector free from these foolish regulations and let the industry decide it is the way ahead. TRAI and its Chairman RS Sharma should stop acting like some dictators,” Ghosh said.