Who will replace Vivo as IPL’s title sponsor?

According to industry experts, an e-commerce brand or a fintech company could soon become the title sponsor of IPL as Vivo has decided to end its five-year contract after sponsoring two seasons. The cost of a title sponsorship for any brand is likely to be in the range of Rs 300-400 crore for the season

The Indian Premier League (IPL), which will be played between September 19 and November 10 in the United Arab Emirates, may attract a lot of interest from e-commerce and fintech companies as the title sponsor for the last seasons, Vivo, has decided to drop out amid heightened border tensions between India and China.

According to industry experts, being the title sponsor for IPL could make a lot of sense for these two segments. IPL is currently among the most-watched TV properties in India and delivers ensured success when it comes to viewership.

Vivo had a five-year-long contract with IPL worth Rs 2,200 crore, Rs 440 crore a year. The mobile phone brand has been the title sponsor since 2018. Earlier, it had picked up a two-year deal after Pepsi dropped out from the sponsorship. 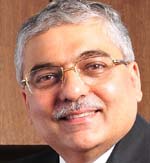 “It is difficult to say who could replace Vivo as the title sponsor, mainly because we have very little time in hand. Just a little over a month to complete the whole process of planning, bidding, strategising communication isn’t enough. So it will have to be worked double-quick,” said Ashish Bhasin, CEO, APAC and Chairman, India - Dentsu Aegis Network.

He said that only those companies that have not been affected much by Covid-19 are likely to come forward.

“The economic condition is such that very few companies would have such surplus liquidity to commit at a short notice. If someone earmarked say Rs 800 crore as advertising budget at the beginning of the year, that must have changed post-Covid,” he added.

Title sponsorship isn’t the only thing Vivo does during the IPL. It also advertises heavily during matches and on other channels. According to rough estimates, it spends almost Rs 200 crore on TV advertising and another Rs 100 crore on creative and other media during the season.

Industry insiders say that the smartphone manufacturer might not be the title sponsor but it’s likely to continue advertising on TV and print during the tournament, which will be good news for Star India and other broadcasters.

Experts said businesses that are in the high-potential category and aim to make a nationwide impact, can still ride the IPL opportunity because there is no property in India bigger than the cricketing extravaganza.

IPL is the biggest money-spinner for the Board of Control for Cricket in India (BCCI), the richest cricket board in the world.

The board was expecting to earn around Rs 4,000 crore from the 13th season of IPL from media rights and sponsorships alone.

This includes Rs 3,300 crore from media rights holder Star India and the remaining from title and on-ground sponsors.

There has been a lot of pressure on BCCI and the broadcasters to drop advertising from Chinese brands. Indian trade bodies such as CAIT even led protests in the connection.

The Chinese brands, especially in the electronics category, pump in a significant amount in the overall adex of India.