Recovered from NTO 1.0 and built a healthy subscriber base, says Zeel’s Kartik Mahadev

In an interaction with BestMediaInfo.com, Kartik Mahadev, Business Head, Premium Channels, Zeel speaks about the impact of the new tariff order on niche channels and the recovery in the last 12 months. He shares the future strategy for Zee Cafe, which recently turned 20 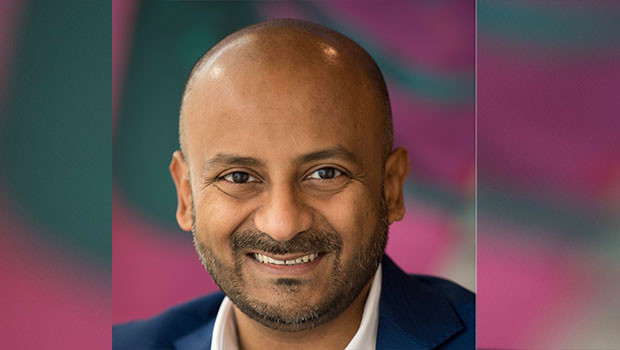 The premium channels from the house of Zee Entertainment Enterprises Limited (ZEEL) have been able to recover from the impact of the first new tariff order and successfully built a healthy subscriber base, Kartik Mahadev, Business Head, Premium Channels, Zeel said. “The regulation change brought about by NTO 1.0 saw the entire category experience an absolute reset. While seemingly daunting at first, it also presented a tremendous opportunity to innovate and deliver value to a more homogeneous set of viewers,” said Mahadev.

He said they now have a healthy subscriber due to innovative campaigns like ‘#whereismychannel’. “This new behaviour is now settling as we see a steady subscriber base over several months, making English channels a part of the monthly purchasing cycle. A year later, we have observed a healthy jump in the HD subscriber numbers vs SD. Zee Café has a stable subscriber base and growth in the contribution of HD subscribers is an indication of its strength among a homogeneous set of consumers who chose Zee Café for its strong legacy of content. The subscriber base also makes it an opportunity for premium brands to associate with international content,” he added.

Speaking about their strategy to sustain advertising revenues, Mahadev said they provide the advertisers with a sharply segmented audience base that can be targeted through fresh content that appeals to the youth.

“Recently, for the premiere of Jumanji: The Next Level on &flix, Zee Café and &PrivéHD, and a simulcast in Hindi on Zee Cinema, we saw several reputable brands on board such as Kia Motors, Ariel, Amazon, Airtel 4G, Xiaomi, Protinex and ITC along with Bingo Potato chips, Hyundai Creta, Behrouz Biryani, Bharat Matrimony on board for the Hindi simulcast. The premiere garnered an overwhelming response with an incredible 34 million reaches, making it one of the biggest premieres in the last 12 months,” he said.

He said the lockdown made television a trusted medium for advertisers and television will remain to be the ideal platform for advertisers to reach the audiences. “Zee Café is in a strong position as far as subscription revenue is concerned with a stable subscriber base and growth in the contribution of HD subscribers. This is an indication of its strength among a homogeneous set of consumers who chose Zee Café for its strong legacy of content,” he added.

He said they have adopted a digital plus television marketing strategy as both the mediums have grown immensely during the lockdown months. “The rapid and constant change in the traditional media landscape and rising levels of digital sophistication in consumers led to the emergence of multiple mediums to engage with the consumer. Context emerged as a key factor in any integrated marketing strategy. With the Covid-19 outbreak, we witnessed a surge in television viewership alongside brands engaging on digital through live video formats. In the English cluster, we adopted digital engagement alongside television as part of the marketing strategy,” he explained.

He gave the example of the #Whereismychannel campaign that delivered over 25 million target video views with a strong engagement within two weeks. “In a competitive category with several brands, the campaign delivered over 70% ad cut-throughs, which is quite strong. Through these campaigns, we successfully reimagined the tonality for the English cluster making the channels more conversational, making international English content accessible to aspirational audiences,” he added.

Speaking about their content strategy post-lockdown, he said there has been a growth in the number of people looking for quality and light-hearted content.

“We witnessed a trend in audience preferences towards familiar light-hearted content, superhero flicks, and adventure as a genre. Conversational shows and iconic sitcoms like Seinfeld, I Dream Of Jeannie and The Big Bang Theory along with easy-to-watch movies performed well with an increase in time spent on Zee Café,” he said.

He said there has been a growth in non-prime viewership and to keep viewers entertained throughout the day, they introduced back-to-back episodes of shows such as MasterChef Australia S8, Everybody Hates Chris and The Big Bang Theory S12.

“We have a robust content line-up that includes a mix of sitcoms, dramas and reality TV. There is the much-anticipated ‘Titan Games Season 2’ hosted by Dwayne Johnson and ‘Tough As Nails’ in the reality genre, back-to-back episodes of hit sitcoms such as ‘Community’ and ‘Seinfeld’ along with locally nuanced content in the pipeline. The Zee Café marquee offering ‘Along With The US’ will continue to deliver non-stop entertainment to viewers,” Mahadev said.

Speaking about Zee Café’s 20-year journey, Mahadev said the sole endeavour of the channel is to bring the best of English entertainment to the Indian viewer. He said the channel played an important role in shaping the genre and aspirations of the viewers. “Today, our stable subscriber base is an indication of the channel’s strength among a loyal set of consumers who choose the channel for its strong legacy of content. Our promising 20-year journey has been one backed by the support of many individuals and studio partners in shaping the English entertainment landscape, with whom we celebrate this milestone. Their contribution enabled us to entertain our audience by creating togetherness moments and sparks conversations around content,” he added.