Commentary: Another shakeup at BARC — but who is behind it?

It is about the joint industry body that has an impact on almost every organisation in the domain of media, marketing and advertising. And they must know what went behind this shake-up and what will happen to BARC India when the founding leadership is out 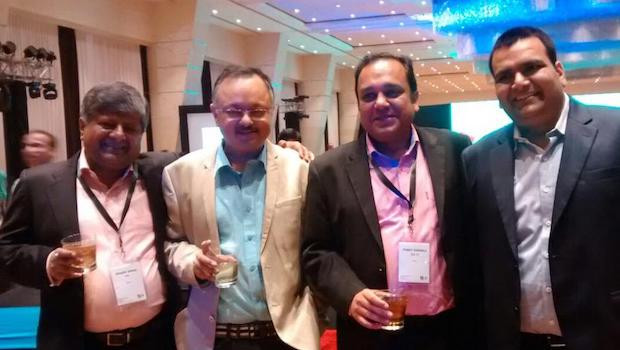 Nine months after the exit of BARC India CEO Partho Dasgupta, the senior management of the industry body witnessed yet another shake-up with COO Romil Ramgarhia, Product Head Venkat Samrat and West Head Rushabh Mehta putting in their papers on Friday, July 31, 2020.

When Dasgupta exited in October last year, BestMediaInfo.com had informed its readers what led to his departure. What was visible in public was the pressure started by the News Broadcasters Association (NBA) after the launch of Republic Bharat, which quickly became No. 2 player among Hindi news channels. But eventually, it was the pressure from big broadcasters of the Indian Broadcasting Foundation (IBF) that ended Dasgupta’s tenure as founding CEO.

NBA is again the visible “face” behind the recent exit of three senior officials of the rating agency.

The NBA made public, its letter written to BARC India protesting unprecedented growth of viewership of TV9 Bharatvarsh.

The letter dated July 8 sent out in the form of a press release to the media openly stated, “Further, at the time of the recent change in the top leadership of BARC, it was agreed that there would be a complete review of the team and its members at BARC for complete transparency and to restore the credibility of BARC. This has unfortunately not happened resulting in the continued menace and probable scope of manipulation and corruption of data.”

And by the end of the month, three senior members of the founding team put in their papers, giving an impression that the NBA was behind the high-profile exits.

But the NBA may not be right to think their pressure worked. Because they were never the reason behind either Dasgupta’s exit or the recent ones. The association got the credit then and now also for its aggression shown in public.

In fact, NBA members, however influential they are, contribute just 3-5% of the total television viewership. It is too small to shake up BARC. Simply put, IBF was "never" under the pressure from the NBA.

The recent exits, especially Ramgarhia’s, were apparently the part of the plan when Dasgupta exited. BARC India could not have done away with the entire leadership in one go.

In a virtual meeting between NBA office-bearers and the BARC India leadership team held on July 21, when the NBA members raised the issue of team review towards the end, BARC India Chairman Punit Goenka proactively said, “We are at it.” That essentially means the NBA did not even have to pressurise for it.

However, there is a possibility that the NBA’s matter was an opportunity for the IBF to execute its plan.

What will happen to BARC India when founding leadership is out?

In the absence of the founding leadership team, speculation is being cast on the future of the industry body. The system is very big and well-established and will continue to function in the way it was designed. There are still well-trained people to run the operations.

While Dasgupta was hailed in the industry for his forward-looking thinking and unmatched technical expertise, Ramgarhia is considered to be one of the fabulous executives in the industry whose exit has shocked many. But as they say, no one is indispensable. People come and go, well-established practices continue to thrive.

These people knew the nuts and bolts of the system — something echoed by broadcasters whom they have interacted with.

Let’s think what the combination of Zee’s Goenka as Chairman of BARC India and his ex-employee Ramgarhia as COO of the rating agency could have done. This combination was never accused of benefiting Zee in any manner.

But whenever any other channel did unexpectedly better, or any channel saw a significant decline, they were attacked. Although the industry would say that they were attacked for not being able to curb corruption, isn’t it equal to charges of corruption?

Let us not forget that the same team was accused of favouritism towards Republic Bharat. Logical thinking is that if they had to favour anyone wouldn’t they benefit their own brands first?

They held their grounds throughout their stints, despite consistently being attacked.

It's not easy to hire such people from either broadcasters or agencies. So, the challenge for current CEO Sunil Lulla will be how to replace this talent.

While the team should be equipped to handle day-to-day pressures from news broadcasters, government and regulator, the blessings of the largest broadcasters are far more important than anything else. It is because the same set of broadcasters continues to occupy the BARC India board since its inception, which was also pointed out in TRAI’s consultation paper regarding television ratings. Neutrality and independence are critical to the functioning of BARC. However, the power struggle to control BARC will continue to shake the boat and the industry will keep guessing if there is anyone left to be shown the door.