Speaking at e-Ficci Frames 2020, Read said it is also important for businesses and companies to keep investing in technology 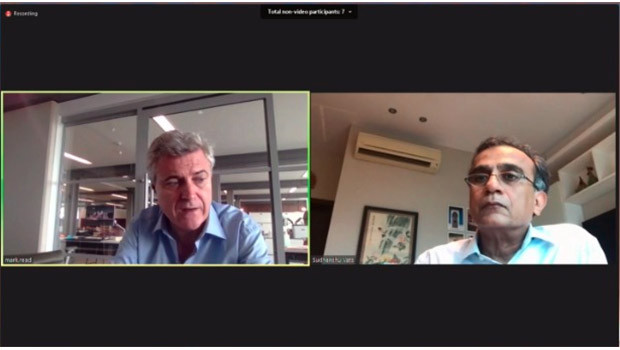 Ad spends will continue to be affected on traditional media as more and more preference is being given to new media, said Mark Read, Chief Executive Officer, WPP.

Speaking at the e-Ficci Frames 2020, “In the US and in the UK, we saw in 2008-09 a decline in newspaper advertising and a big decline in newspaper readings, and that spend never came back. I think one of the challenges here has been that as our clients get used to driving demand through digital channels, they're not going to go back to traditional media at the same level. So I think that we will see some persistence of the decline in traditional media and the continued acceleration in growth in digital media,” he said.

Read said despite television viewership growing dramatically in most parts of the world, it is television and other traditional mediums such as OOH and print that have suffered from low ad spends. “The outdoor industry needs to move online. Provide clients with much faster ways of changing their creative than done historically,” he said.

He said it is important for businesses and companies to keep investing in technology.  “I think companies are going to have to start to think to invest more in technology. Interestingly, what we haven't seen is companies cutting back on big sort of transformation and technology transformation efforts. If anything, we've seen some of our clients accelerate those initiatives,” he said.

Read said the impact on India’s ad spends has been more compared to rest of the world. “We had expected ad spends to be up by about 13% in the year but it was already affected by the first quarter, down 5%.”

Talking about brands in the United States pausing their advertisements on social media, Read said these platforms need to be more responsible about the environment they provide. “Despite the shift on digital media, there continues to be issues on social media around brand safety, and around the divisive nature of some of the platforms. As an agency, WPP advises its clients on how to spend the money, and it's up to the clients to decide, how to do that. But a number of our clients have either paused spends with Facebook or taken other actions over the last few months,” he said.

“There has to be a careful balance that these platforms have to strike between free speech, taking down hate speech and moderating the content on their platform and having the resources to do that."