Will IPL spoil festivities for broadcasters other than Star Network?

With the talks of the possibility of IPL season kicking off from the end of September this year during the onset of the festivities, it might be pitted against other strong content line-ups such as KBC and Bigg Boss. BestMediaInfo.com asks experts if broadcasters other than Star will see any impact on their viewership and revenues

Indian Premier League (IPL), which is said to take place between the end of September to the beginning of November this year, could be a potential threat for other big-ticket TV properties during the festive season and give them a run for their money.

The period from August till November is the time when most broadcasters have special shows lined up. To ensure the plans are on track, TV shooting has also resumed partially.

But would it be a loss for broadcasters other than Star Network as IPL may attract a huge viewership and all big advertising monies? 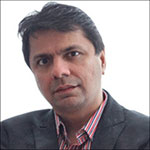 “I rarely remember any September to November season when any cricket didn’t happen in the country. At the same time, I don’t think broadcasters are shying away from cricket anymore. Secondly, IPL is a bigger format, it goes on for more days and therefore it commands that kind of revenue. And only 30-40 top advertisers in India can afford it. It is not everybody’s cup of tea. There is a certain amount of threshold of investment you need. This year, yes it is happening during the festive season and there will be a certain amount of challenges for the other broadcasters,” he said.

IPL is believed to be the biggest reach platform available on any media property in India. And viewers who want to watch quality live cricketing action, would watch it at any given point of time

However, big GEC properties such as Bigg Boss, KBC, etc., also have their own loyalists. 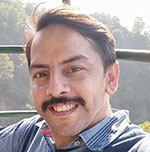 K Srinivas Rao, National Director-Buying, MediaCom, believes that while IPL will dent the viewership of other broadcasters, it might not have a similar impact on large and long running properties.

The Covid-19 threat is very much here and it still puts not just IPL but content development for other broadcasters in great uncertainty. And optimistically if things do work out, we surely are going to see a much subdued festive season with the celebrations being muted.

Even with the possibility of having fresh content from broadcasters, Megha Ahuja, AVP, Digital Media Planning, Carat India, does not see IPL being a threat even in case of a clash.

Explaining the reason behind this, she said, “This is because in a year where advertisers have seen very few promising alternatives to put their money on, there will be many brands who might be able to effectively use their revised/curtailed budgets as new/ fresh content might be much more economical compared to IPL. Also, let us not forget that most of this content is available today on demand viewing. So apart from TV, backing this content digitally will also help a lot of brands.”

The bottom line is that this is going to be such a year where there will be room for IPL, fresh content by broadcasters and both being received well by the audience.

Also, for the last few months, consumers haven’t seen any fresh content across GECs due to the shooting restrictions. 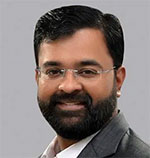 And that is why even Shivam Ranjan, Head of Marketing, Motorola, believes that the audiences are looking forward to new content and hence broadcasters may not see a loss of audiences and advertisers typically associated with the IPL season.

He said, “In fact, this strong line-up of fresh content will give an opportunity to advertisers to optimise their media impact without necessarily investing in media around the IPL alone.”

With the current situation so uncertain, Ashish Pherwani, Partner, Media and Entertainment, Ernst & Young, said that there are many factors that will determine ad revenues. The timing of the shows, the format, length, status of whether shooting has commenced (it still has not been permitted in Mumbai), opening up of supply chains, unemployment levels, and of course whether a vaccine and a cure has been found for Covid-19.

The festive season is likely to be a unique one this year in more ways than one. Firstly advertisers are likely to be cautious on one hand but on the other, it might be a case of wanting to dominate as they need to recover a lost quarter (April-July). 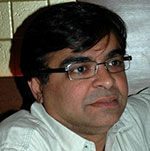 One has to also note that IPL might be en route for digital viewing this year, and it can possibly turn into a dry content for viewers as the ‘feel’ of stadium will be missing.

Will IPL shatter all viewership records?

Pherwani said IPL not having live audience in the stadium has nothing to do with its viewership. In fact, viewership in his mind will be massive for IPL whether it is on digital or TV.

In the initial years of the IPL, we saw filmmakers and producers avoiding releases during the IPL season, but that trend has been changing over the last few years, Ahuja said.

Many movies released during the summer break and clashing with IPL have been big hits and this has largely to do with more platforms to view content and individual access to content as well. So every viewer has a chance to either catch up with their favourite drama series or a cricket match at a place and time of their choice.

Moreover, she added that with a dearth of attractive advertising opportunities and many properties that have cancelled through the year, the industry will definitely see budgets being shifted and brands crowding around big-ticket items.

She said, “While sporting and entertainment properties that have been postponed will be a big draw for most advertisers, with a dearth of fresh content through the year, the smart advertiser will also choose content and platforms based on the shifting preferences and habits, thanks to the extended lockdown.”

Echoing the same view, Ranjan agreed that he doesn’t see IPL and impact properties necessarily cannibalising each other’s advertising or audiences this time.

In fact, the big-ticket properties across broadcasters will provide effective options to advertisers as against a typical IPL season.

He said, “I believe that overall investments may grow as a result with healthy investments across both IPL and new GEC content, which will be a good sign for the broadcasters and advertising industry in general.”

Even Lala believes that this might give a much-needed boost to the adex.

However, Tarkas foresees a dog fight among the consumer electronics/ handsets market for the few slots on IPL and the big fight will definitely be on digital and even television.

Advertisers with fairly reserve budgets might be jumbled soon as to decide where to invest exactly to have a greater ROI in terms of viewership and reach, and of course grab cost-effective deals.

From an advertising point of view, Rao said that the brands which want to take the high ground on association with cricket will jump on to the IPL bandwagon. Also, there could be some advertisers that might not be able to get onto IPL due to the high entry costs.

He added, “We might have some advertisers that would want to look at properties on GEC which helps them build on their brand proposition through sponsorships and product integrations which could be restrictive on IPL.”