Why black lives do not matter

Shivaji Dasgupta, Managing Director, Inexgro Brand Advisory, writes why the riots and looting in the US bewitch our imagination more than the plight of our own local migrants 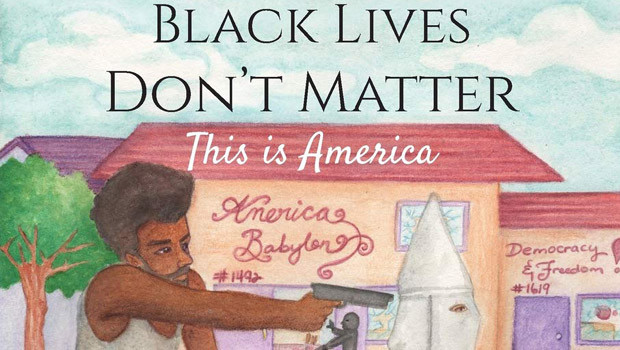 As a result of popular culture and influential exposure, the USA bears heavily on the psyche of the successful Indian. Many of us secretly believe that we are surrogate citizens, following the White House elections with greater zeal than our very own. Thus when the racial riots surfaced, they seemed to be more disconcerting than the plight of the migrants.

This imbroglio is actually a triumph of brand building as we have been systematically brainwashed by American influences from early childhood. It does start with the movies as Hollywood has magic to offer for every age group, from Disney to Spielberg. This pattern continues to books and music as the Grammys become the most desirable musical event of the year. Possessions play their alluring part ranging from the addictive Levi’s 501 to bubble gum to Nike and recently the inseparable Apple devices. What completes the indoctrination is the exposure to fabled education systems and work cultures as Indians thrive in the liberating environment, crafting an aspirational narrative.

In fact, as a necessary outcome, many like us genuinely enjoy dual socio-cultural identities, although gradually veering towards the Indian. As a college student in the early 1990s, I distinctly remember discos emptying when bhangra was summoned, although in 20 years the conversation had flipped diametrically. Influenced largely by a smarter and more progressive Bollywood narrative brought to life by weddings and festivals, our popular culture orientation is now firmly Indian. Its influence does extend to clothes and jewellery as the unmatched ostentation of indigenous creations outclass the rather understated repertoire of Western fashion. But this pleasing affiliation does not extend to ground level realities and indeed politics, as many genuinely consider such matters to be infiltrators from an alien world.

The reason for this blaring disconnect is the undeniable clash of civilisations between the urbane universality of successful India and the unsophisticated rusticity of ground realities. It begins with the uncouth stereotypical politician, extends to governmental interactions and gets cemented by the overwhelmingly filthy public spaces and public transport. An unrecognisable departure from the air-cooled academic, professional and societal spaces that occupy our presence, physically and emotionally. Only when we are under surreal personal duress do we encounter this other world, a minute jail term for drunk driving or the unhappy trek to a crematorium. The country we live in is far too often the world we do not belong to and this reflects sharply in our choice of affiliations.

Which is exactly the reason why the riots in the USA and the looting of high street stores bewitch our imagination more than the plight of local migrants. All of this drama is happening in our favoured playgrounds, whether as tourists or as extensions of fictional imagination. We are appalled by this arson and bewildered by the murders as they disturb the comforting narrative of the first world, orderly and manicured. A narrative that resonates with our curated self-images and thus provokes us to react empathetically on social media and societal conversations.

While in India bad things are ‘expected’ to happen to deprived people, so that does not merit any additional empathy. The sleeping workers get run over by trains because they are uneducated ‘inferiors’, surely that does not affect the rest of us. When people die in Delhi due to communal riots, we are unperturbed as long as they do not affect Defence Colony. Migrants can travel on foot because they belong to lower denominations and we have seen them do so in the movies. Beggars are hungrier than ever before but we dismiss them with a disdainful swish of our Prada handbags. Children left homeless by the cyclones are briskly disregarded but the excesses of racist American cops earn our tearful attention. If it happens in Manhattan then we are bothered but if it occurs in Mumbai we are unaffected, as surely that is oh-so-expected and somebody else’s problem.

So, will the successful Indian ever feel strongly about the condition of the unsuccessful Indian or will this peculiar pattern persist? I do suspect that corona has made a whole lot of ‘us’ feel sensitively about a whole lot of ‘them’, since everybody is suffering simultaneously and this was clearly an imported virus. Unlike most epidemics, accidents or atrocities that are usually connected to poverty, ‘ghettoisation’ or a state of destitution. Although truthfully a wide gap still persists and it is still much easier and cooler for the urban success story to bond with his counterpart in the United States or wherever in the advanced world.

As ever, brands can play a role in facilitating this empathy, both in terms of experience creation and communication. Relatively softer issues like second marriage and gender equality have been ably depicted in advertising, the next big frontier must be the demolition of inter-class barriers. Public establishments must eliminate the culture of class-based profiling as even recently, I have witnessed the ‘unwelcome’ profile being denied rooms in a five-star property, citing occupancy constraints. What worries me severely is the economic bifurcation of school education as in our time, the best schools were truly equal opportunity in terms of access and fees.

On the subject of black lives, most certainly they matter just as any other ‘lives’. But first, underprivileged lives in my own country have to matter genuinely, whatever be the historical or contemporary basis of discrimination. Till then no Indian living in India has any business to worry about racial tensions elsewhere, however global that may make us feel. Not just charity, even empathy begins at home.

Tags: Why black lives do not matter black lives matter
Advertisment
More from this section