Time for us to explore newer business models: Kapil Agarwal of UFO Moviez

The media and entertainment sector and supporting industries have taken a huge hit as the lockdown has affected businesses across the country. Kapil Agarwal, JMD, UFO Moviez, discusses the new opportunities and how the business will change for UFO Moviez 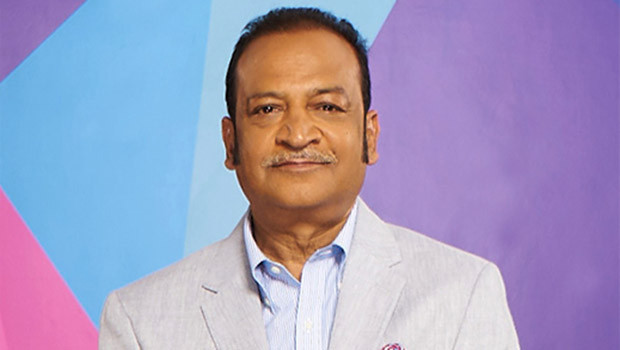 As cinemas continue to remain shut, the entertainment sector’s revenue has fallen drastically. The industry, however, is optimistic and is looking for the new normal that will follow the lockdown. In a conversation with BestMediaInfo.com, Kapil Agarwal, JMD, UFO Moviez, discusses how things will change for them in the future.

Agarwal said UFO Moviez is looking forward to exploring newer business avenues. "As a company, we realised we are highly focused on one line, which is the theatre entertainment. All our revenue streams were coming from there, whether be it charging producers for running their movies digitally or earning rentals from carriers for providing them with digital cinema equipment or the advertisement selling revenue. The nine-week lockdown gave us a lot of time to retrospect and see what new business models we can create. If such a situation arises again, our revenue should not become zero and make additional revenue," he said.

Stating that they were focusing on leveraging the existing infrastructure and expenses, he said they are working on extending their services to other digital mediums by selling advertisements. "We have a 65-member advertising team that sells advertisements to only theatres. Now we are trying to sell the inventory to other digital mediums. We can use the same team, the same infrastructure, and leverage on that by selling advertisements and enhance their business as well as ours. Our team is being trained in digital marketing. A lot of them have been certified in the last few weeks," he said.

Agarwal said they are focusing on being an aggregator to restart the film industry by acting as distributors of films by providing a daily licence to the cinemas. Explaining this, he said, "The distributor takes advanced money from independent cinemas and gives us licence for a week. We give licence to cinemas, without our licence they cannot play the content because it is digitally locked. Now we are exploring the option of becoming distributors ourselves. Instead of giving licence for one week, can we provide daily licence so that the cinema doesn't have to pay Rs 2-3 lakh in advance and pay Rs 30,000 daily and sell tickets every day. Like this, the interest of the producer is secured because the cinema cannot play the movie unless the payment is made," he added.

Agarwal said he is optimistic about the Government acknowledging the industry's demands. "Cash is important right now so we have requested for a soft loan for paying salaries and for further deferment of repayment obligations. The soft loan should have at least a year’s moratorium so that we don't have to start repaying. There are various demands that need to be acknowledged. I think at the appropriate time, help should come."

UFO Moviez is focusing on addressing the consumer's concerns about cinemas after the lockdown. "We are putting in a lot of SOPs in collaboration with multiplexes. We are helping independent multiplexes and single-screen theatres, which are spread all over the country and need a hand-holding during this time," he said.

Talking about the measures, Agarwal said an AV will be played across cinemas of the country in various languages. They will provide dos and don'ts for the people in various languages on paper. He said they are looking to provide sanitisation and similar material to cinemas. "We are already talking to various manufacturers so that we can try and find barter deals with them under which our films will carry their advertisements. They are happy because it’s a good way to advertise during a lockdown," he said.

Agarwal explained how the dynamics of the film industry will change after the lockdown. He said with 84 titles ready, the industry needs to stagger releases. "We release 1,700 to 1,800 movies in India, which amounts to 150 movies a month. Festivals like Diwali are coming up and we only have 80 movies ready, so there is an opportunity to stagger releases with better coordination between stakeholders of the industry. Hindi, South and eastern markets can coordinate and release movies in different languages to increase the reach of the films," Agarwal said.

Agarwal said the work from home culture has made them easier to connect with technology. "Familiarity with technology is increasing and we are becoming more comfortable with it. Another advantage is that web meetings are focused, you are glued to your screen and people are logging in on time. These things never happened before. In a physical office, there are a lot of restrictions. The agenda of these meetings is clear, people are focused and are much more productive," he said.