Despite a nod from the Maharashtra Government on May 31, it is unlikely that shooting will resume anytime in June as a few points laid down by the Government are impractical, say industry leaders

Despite Maharashtra governmentŌĆÖs directive and a go-ahead for film shoots on May 31, it is unlikely that shoots will resume soon because, according to many in the industry, a few points in the guidelines are impractical.┬Ā

The government had issued a 16-page directive on May 31, laying down guidelines for the entertainment industry.

Industry trade bodies such as the Indian Motion Pictures Producers' Association (IMPPA), Producers Guild of India and the Indian Film and Television Producer Association are discussing a final solution for the industry, said a top producer. He said one of the points calls for a doctor, nurse and an ambulance to be present at all times on the set and this is not possible looking at the current load on doctors. 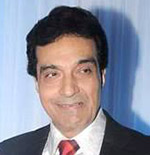 Dheeraj Kumar, Chief Managing Director at Creative Eye, said they were thankful to the Government of Maharashtra for considering the demands to resume shoots but one must not forget cases in Maharashtra are increasing. "90% of the guidelines can be followed but the moment you start shooting, even if one case is positive, it will spread like wildfire and bring down the industryŌĆÖs morale. ŌĆ£We must look at the bigger picture.┬Ā We are all discussing various things in mind. Once we resume the shootings, we cannot stop, it will be a huge loss for us and the broadcasters as well, who are in sync with the advertisers,ŌĆØ he said.

ŌĆ£One of the points says no one above the age of 65 shall be present on the set. If actors like Amitabh Bachchan have to shoot, what should be done,ŌĆØ asked Kumar.

Suresh Amin, CEO, Indian Film and Television Producers Council, said difficult times call for difficult measures. ŌĆ£If there are relaxations, and even if one person is infected, the shoot will have to stall again, which doesnŌĆÖt make sense.ŌĆØ┬Ā┬Ā┬Ā

Abhimanyu Singh, Founder and CEO, Contiloe Pictures, said, "We don't know how things will turn out. Our aim is to keep cases low. What we can see is cases are rising in Delhi, and Delhi unlocked one week before Mumbai. I hope we are able to keep the cases low. Monsoon is also coming in and people might also catch the seasonal flu; it is a difficult situation. In 15-20 daysŌĆÖ time, we must get an indication of how things are to resume.ŌĆØ

According to Kumar, the shootings will not resume till July. ŌĆ£I think till June 30, nothing will happen. Instead of pushing yourself, you must work on your storyline banks and keep getting approvals from the channel and thatŌĆÖs what we have been doing. In my opinion even after June 30, shooting will require a lot of preparations that would take around 20-25 days. Collectively, I foresee, in July, the shootings should resume in full swing,ŌĆØ he added.

According to the Government's directive, to resume shoots, producers need to take special permission from the authorities. For television shows, ŌĆ£All necessary permissions to commence shoot for any TV show to be produced by the respective broadcasting company from the collector of the district where the said shoot to take place. Collector shall seek information from the local authority. Basis on the said report, the collector shall decide about the permission.ŌĆØ For films, the producer needs to take permission, says the Government's directive.

Amin said for television shoots to resume, broadcasters have to obtain permission from the local collector where the shoot has to take place. Meanwhile, for films, the producers need to apply to the Maharashtra Film, Theatre, Cultural Development Corporation, the Dadasaheb Phalke Chitranagari in Goregaon, Mumbai.