Shivaji Dasgupta, Managing Director, Inexgro Brand Advisory, writes how simple acts of benevolence can bring out the hero in us 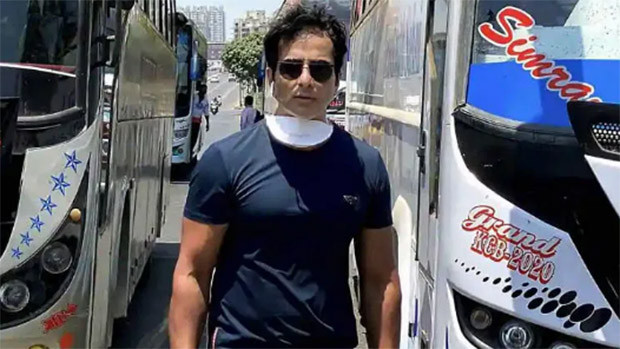 Just this morning, I woke up to the Google revelation that Sonu Sood is more solicited than Salman Khan. Surely, this dastardly virus has not damaged our intelligence, else how could the side actor outdo a screen idol? Or, possibly, has this mammoth human crisis changed the definition of heroism as we know it?

To be a hero in India, you had to be patently unreal, an occupational outcome of being larger than life. This culture emanated from Hindu mythology and was continued wonderfully by the film industries, in Bombay and the regions. Even the sporting legends benefited from such evaluation, the coliseum like stadiums ensuring the necessary aura. In every case, heroism was secured by the reassurance of distance — the acts done by them could not be done by us and that is why they are them. If the gap was ever bridged, the adulation would recede as mortality would unhappily set in.

The corona crisis has changed this way of thinking considerably and Sonu Sood is not just the only evidence. For the first instance in living memory, many in urban India woke up to a crippling fear of morbidity, unconnected to wealth or access to facilities. Quite suddenly, the reports from across the world celebrated the messianic role of health workers — doctors and nurses earned an overdue elevation in stature. Rather gingerly, we too followed this irrefutable path and recognised hitherto mortals as real heroes — he could well be the neighbourly delivery executive or the cousin turned NDRF cadre. Along with the acknowledgement that earthly flesh and blood had the power to turn superhuman, with more valuable impact than matinee idols or preening gladiators.

In this transition, Sonu Sood has proved to be a remarkable accelerator by demonstrating the power of heroic action and not just heroic hyperbole. The first-person involvement at every point of contact, from the twitter handle to the personal meetings, reaffirm both an emotional and rational connectivity. Rational, as in the constant presence becoming evidence of origin and emotional, as in the role of the heart reinforced by every direct conversation. His compelling backstory adds further credibility as he has experienced the pain of being a penniless migrant, ably amplified by his railway pass. Most importantly, there is no distance between this hero and his beneficiaries, totally unlike the usual heroes who captivate our imagination.

The question does arise whether the dismissal of this halo distance will undermine the long-term magnetism of these new heroes. In a pattern quite similar to cinema or sport, heroism has to be well and truly earned, the proximity possibly aggravating the importance of performance. Residual memory will play a lesser role in public consciousness as every moment of truth will spawn its unique saviours, getting significantly more localised. The 81-year-old Sikh gentleman offering free meals to highwaymen, the panchayat offering shelter to those ravaged by the cyclone and the selfless housewife doubling up as a life-saving nurse are perfectly valid live illustrations. Not just people, even brands may acquire such a momentary stature if they come to the party — the beleaguered Air India transporting Indians from global hotspots and the innumerable born-again sanitising solutions, operating from facilities designed for perfumes or soaps.

Courtesy the disabling crisis, we have become far more real as a society, shedding the veneers of make believe sophistication. Another fine example of this development is the success of Ludo King, the superstar of the lockdown in terms of family entertainment. It is empowered by new-age marketing, most notably the theme song of Mika Singh, but the real attraction lies in its interactive simplicity and effortless familiarity. The age cohort of 18-34, who are the most vehement patrons, is comfortable with its candidature in normal living and prefer the same to high-technology aspirants who are forbiddingly foreign. It is this increasing quest for realness that is the hallmark of our current attitudes and we are urgently seeking expressions to fulfil this thirst.

Sonu Sood’s most potent contribution extends way beyond the people he has impacted, through the restoration of human dignity. He can inspire each of us to bring out the nascent hero within ourselves, starting with a self-belief that every routine contribution can rapidly turn heroic. It does not need to be charity or social work and can well stem from a renewed sense of professional commitment, however ordinary the assignment. The electricity linesmen restoring power in Bengal and Orissa are heroes because they did their designated job extraordinarily, quite like the airline crew and railway staff braving the transmission daily. In an environment of increased awareness and social media potency, recognition is an easy task as good tidings are spreading rapidly, with the potential to become truly inspirational.

Perhaps the greatest tribute to Sonu Sood is a widely-circulating meme, suggesting that Akshay Kumar will act in the former’s biopic. It will truly be a convergence of heroes, the victory of real over fake no longer a surprise.