How Dollar managed to communicate its new identity amid Covid crisis

In a conversation with BestMediaInfo.com, Bidyut Nath, Head, Brand Marketing and Corporate Communication (APAC), Dollar Industries, talks about why the brand needed a new identity. He also explains how they managed to pull off the campaign during the lockdown 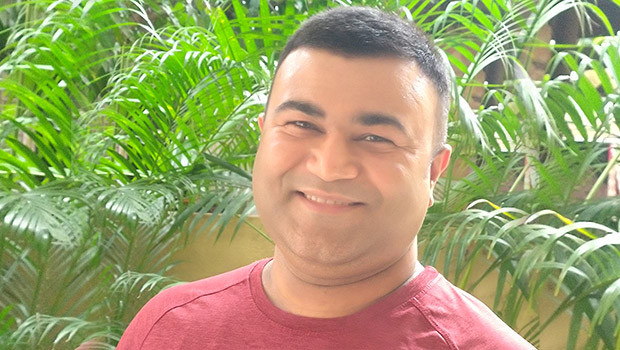 Hosiery brand Dollar Industries recently revamped its identity. The new identity rides on the message ‘Wear the change’ and is aimed at identifying with the youth. Talking about the new image of the brand, Bidyut Nath, Head, Brand Marketing and Corporate Communication (APAC), says the move was necessary to communicate what the brand stands for.

Nath says while they launched women’s wear and woollen wear in 2014, the brand had a particular image in people’s mind. “People would ask us are we only into men’s wear. We were in need of a new brand architecture, which allows us to simplify the product portfolio and makes it easier for the consumer to remember,” he said.

Speaking about the new logo and the need behind it, he said, “The older dollar logo was in written form and not tangible enough to take to different media. Hence, we required a new brand logo, which was in a computer-generated form and should fit in everywhere we wish to promote. For example, we wanted to take IPL’s jersey but we couldn’t as it didn’t fit. All these things made us undertake this exercise.”

Nath said the exercise was in plans for months before the launch. “The launch was scheduled in March because that is the time where our industry gets the maximum business because we manufacture cotton wear. Due to the lockdown, our entire plan was spoiled.”

He explained how they managed to revamp the brand during the lockdown phase and said after delaying the launch by two months due to the restrictions, they had no option but to rely on digital and television. He said they had a one-of-a-kind launch on digital platform.

At a time when most of the brands have not been advertising on OOH, Dollar chose the medium once the restrictions were eased in several parts of the country. “Initially we were sceptical about OOH but as cities opened up and people came out we went for it. Most parts of the country, like the North-East and West Bengal, had opened up. Somehow we could cover 70% of the market. Most brands stopped advertising; we were one of the brands that were actually active,” Nath said. They also invested in print advertising as the readership returned gradually. “Altogether we utilised television, digital, OOH and print,” he added.

Talking about how the pandemic impacted their business, he said they faced issues in the initial phase of the lockdown as retail shops were not operating. However, their sales have grown ever since the Government allowed shipments of non-essential items through e-commerce websites. “The best thing to happen to us in this lockdown is after the e-commerce platforms were allowed to deliver non-essentials. It’s just been one month but we have seen sales growing four times,” he added.

The brand's new identity is a result of a meticulous brand architecture exercise led by LinConsult, the strategic consulting division of MullenLowe Lintas Group. The brand's new identity reflects its readiness to adapt to changing consumer trends and contemporary fashion demands. To promote the new face of the brand, a campaign conceived by Lowe Lintas Kolkata was released soon after.

Explaining the idea behind the campaign’s ad film that rides on the idea of breaking gender roles, Nath said, “It is something that came from the world we are in, the world is changing and it is time for the brand to showcase who we really are, not only in terms of product portfolio but what we stand for.  We wanted to say we are much beyond men’s wear.”