Rayan joins from Google where he was GM and Managing Director, Cloud for Games

Uday Shankar, President of Walt Disney Company Asia Pacific and Chairman of Star and Disney India, has announced that Sunil Rayan will be President and Head of Disney+ Hotstar.

After the departure of Sanjay Gupta from Country Manager position of Star India in December 2019, Shakar had announced that K Madhavan would lead the TV business in India while he will oversee Disney+ Hotstar directly.

Rayan is presently based in California and was last working with Google as the GM and Managing Director, Cloud for Games. He oversaw product, engineering and business development to grow the cloud business in the video games segment. He was with Google in Mountain View, California, for eight years, and has also served as the global MD for Mobile apps and games ads business, where he drove the significant commercial scale, build high performing teams and expanded the business to new markets.

Prior to joining Google, Rayan worked with McKinsey & Co. for eight years, where he was instrumental in driving commercial growth for large tech clients and developed deep expertise in salesforce productivity and tech-enabled selling.

He has also worked with Infosys, iGate Mastech and IBM. 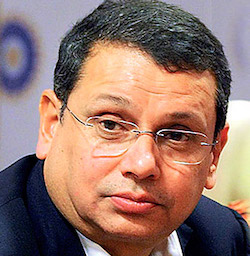 Commenting on Rayan's appointment, Shankar said, "Five years ago, we set out to disrupt the way India consumed content and that mission has turned out to be totally revolutionary. Sunil is an exciting talent with global accomplishments and I am very excited to have him lead the talented Disney+ Hotstar team. At Disney+ Hotstar India, we are on a mission to create the country's largest and most advanced platform for curated content, and Sunil is just the right person to drive that ambition."