Will the ad rates on TV see a downward spiral despite surge in viewership during Covid-19 crisis?

As India continues to battle the Covid-19 outbreak, the repercussions have been felt by each and every sector. Television viewership is rising but why isn't the industry benefiting from it in the form of increased ad rates? BestMediaInfo.com finds out

The economic downturn triggered by the coronavirus outbreak has hit India's television industry hard, which, ironically, is also seeing a massive surge in terms of viewership during the 21-day lockdown.

The channels are unable to air fresh content as production came to a halt a couple of weeks ago. To keep the audiences glued, channels are airing movies and repeats. A few broadcasters are showing their OTT shows on television.

But due to the economic downturn, a few advertisers have pulled out ads and some have cancelled their campaigns. The Indian Broadcasting Foundation has written to the Advertising Agencies Association of India (AAAI) to maintain the contracts. In such a situation, how have the ad rates on television been affected? 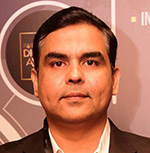 Mayank Bhatnagar, Executive Vice-President, Carat, said the ad rates have not changed as most of the campaign planning must have been executed last month. “Due to the current situation, people are spending more time at home and that resulted in an increase in viewership of channels and mobile usage. However, there is no change in rates as of now. Planning of most of the current campaigns must have already been executed last month,” he said. 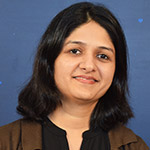 Vinita Pachisia, Senior Vice-President, Carat, the ad rates on GECs would be affected due to the unavailability of fresh content. “The repeat telecast on GECs has definitely affected the plans. All plans would be reviewed since the expected deliveries will take a huge hit. While the repeats may still have some decent viewership due to the lockdown and people remaining confined to their homes, viewers will also have other options such as movie channels and OTT platforms to keep them entertained. There is also a lot of news consumption in the current scenario. Ad rates on GECs will definitely be renegotiated since it's not justifiable to pay the same rate as that of an original for a repeat telecast and in light of various consumption options available to a viewer,” she said.

She said the shifting of monies will largely depend upon how much the GECs are willing to renegotiate rates for the repeat telecasts.

Though the viewership of news has soared in the lockdown, experts say the channels are not in a position to command rates. “The sentiment in the industry is already very low and most clients aren’t very active. You also see news channels working out packages to attract advertisers. Hence even with high viewership, it’s unlikely that the news channels will be able to hike rates,” Pachisia said.

According to marketers, advertising is not a viable option in the current situation. Production of goods has taken a hit and delivery of items to consumers is a task. Krishnarao Buddha, Sr. Category Head, Parle Products, said manufacturers are facing difficulties due to the lack of manpower, transportation facilities and distribution. “If I advertise, is it going to benefit at this point?  In such a situation, advertising becomes questionable,” he said.

He said viewership of GECs will not be largely affected even with repeats and movies being telecast. “No, GEC ad rates won’t be as affected because the reach has increased. BARC has already released a report which says there is a surge in numbers. It is not just TV but OTT platforms have also seen a sudden surge in viewership. People don’t have much to do except to consume content,” he said.

Bhavana Mittal, Media and Digital Head, RP Sanjiv Goenka Group, said, “Channels are trying to retain audiences and capitalise on the viewing time. In most companies, production has stopped, and inventories and transportation affected. There will soon be less need to advertise, so ad rates will come down drastically,” she said.

“There has been a 15-16% decrease in ad rates because the channels are realising this is the time where there will be lesser pressure on inventories and people are not spending. The rates have come down across channel categories; GECs do command a higher premium but you will see a decrease in rates across genres,” she said.

Talking about the impact on news channels, she said increasing ad rates will make them lose advertisers. “If news channels do start talking about hikes, they might end up losing advertisers at this point.  There is less money right now, news viewership is going up but at the same time, it’s not happy news. Brands are being cautious about what they are putting on air,” she added.

On how the situation will impact advertising on television, Bhatnagar said, "There is a surge in internet usage and that will impact the media mix for the upcoming campaigns. And thus, planners will evaluate options and will look for safer and stable options to minimise the risk. Many brands have paused their campaigns but brands with long-term deals/campaigns with channels are continuing. Hence, the current crisis will not impact the rates majorly on an immediate basis."