The English entertainment space in India is at an interesting phase. While the demand for the genre is high on OTT, the lockdown has also resulted in a rise of viewership on television. In such a scenario, how can television players retain their audiences? 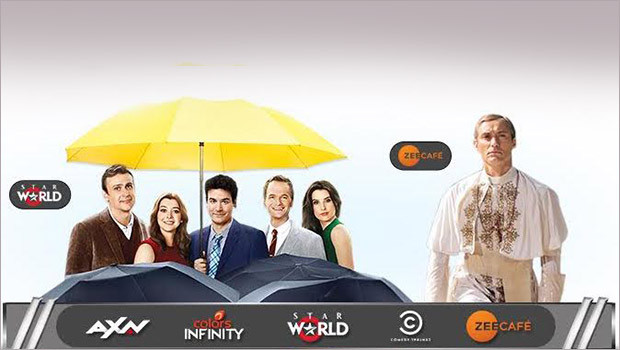 First the onslaught of OTT players and then the implementation of the new tariff order in March 2019—it was a double whammy for English entertainment television. However, amid all this, a few channels that were less dependent on other popular channels of large networks and reaching to their TG on their own held their viewership to a large extent.

Cut to today. English entertainment television has come back to the pre-NTO levels when people are spending more time at home during the lockdown. The English movie genre has grown by over 90%.

While broadcasters are already stepping up their game to retain this gain in viewership, breaking the perception that viewers have migrated to OTT and getting advertisers’ confidence back are among a few critical challenges in front of them. The growth of OTT in India is driven largely by original Hindi content and the convenience of watching content. Big players such as Netflix and Prime Video, with a rich English library content, have just a fraction of English viewers compared to television.

An industry observer said, “For Netflix, India is an important market with 4 million subscribers. However, if you see Mumbai has 16 million English-speaking population. The moment you see only Delhi and Mumbai, which have 30-40 million population together, you will see only 10% of these cities are Netflix subscribers.”

“And top of that, they do not support advertising. Where would an advertiser go to target the affluent audience?” the observer pointed out.

While content discovery remains a challenge for OTT players, television channels have an upper hand with content curation.

Vivek Srivastava, President, Strategy & Business Head English Cluster, Times Network, said, “If you see Movies Now, we have not lost any viewership. The viewer has not left the category. All I am saying is that in the English space, OTT plays a complementary role because content discovery is a challenge for people at large. There is a whole set of audience that does not know the difference between Batman that is being directed by Christopher Nolan and the one that is not. So for such an audience, the entry point is not OTT. It is television.” Talking about how television players could retain the digital migration, Jai Lala, Chief Operating Officer, Zenith, said they need to focus on retaining the audience through content. “It all comes down to content; the benefit that OTT offers is the flexibility of time and originals. TV channels could focus on content because if the content is good, it could attract audiences. It could be an opportunity for TV channels,” he said.

Palia of Viacom18 said the genre is growing on their digital as well as television platforms. “A lot depends on the kind of content you have. If you have the right content and it interests people, they will consume it on a platform of their choice,” he said.

Along with specialised offerings to retain audiences on television, television channels are focussing at being efficient with their acquisitions and expanding in smaller markets.

Srivastava of Times Network said, “Currently, we are looking at 1 million+ markets. Soon we will start targeting 0.1 to 1mn markets. We look at viewership in those markets and try to program accordingly.”

“We are also trying to create specialised offerings and that is why 3-4 years back when the English movie space was giving offerings in a mix, we created specialised offerings. Some people like romantic comedies. They won’t visit Movies Now or MNX, they will directly visit Romedy Now. Our strategy for the next few years is that we want to be efficient with our acquisition. We also want to be efficient with our geographies and expand towards the smaller markets,” he added.

According to Palia, every player in the English entertainment space will need to have a clearly articulated category for television and for digital. “Thankfully we were very early to move in this direction. We saw that the audience preferences will keep evolving. Today it is OTT, tomorrow it will be something else. The game is being present and making good-quality entertainment available across all platforms wherever the consumer desires to consume and be platform-agnostic and that is exactly what we are trying to do,” he said.

Talking about the growth of both TV and digital mediums, Palia said they have focused on popularising television content in non-metro cities. “We have focused on popularising a lot of our content on tier-two and three cities and that has been a gradual process. A lot of consumption of English entertainment on television is now coming from smaller metros while the consumption of premium English content comes from the 7-8 metros,” he said.

The younger generation, which is already comfortable with consuming content on OTT platforms, remains a challenge for television channels. A Gen Z case study by Isobar just before the lockdown showed that people in that age group are consuming OTT irrespective of language.

Stressing the need for a cross-media measurement platform that will allow the measurement of the same content on different media, Shamsuddin Jasani, Group MD, Isobar South Asia, said,  “OTT is going to be a significant player for English entertainment and hence, it is important to measure the viewership across platforms for any piece of content from a marketer’s perspective.”