As the English Movies’ genre recorded a massive growth in the lockdown period in terms of viewership, Vivek Srivastava, President, Strategy & Business Head English Cluster, Times Network, says they aim at retaining the audience. He says they are capitalising aggressively to turn the viewership into a long-lasting habit 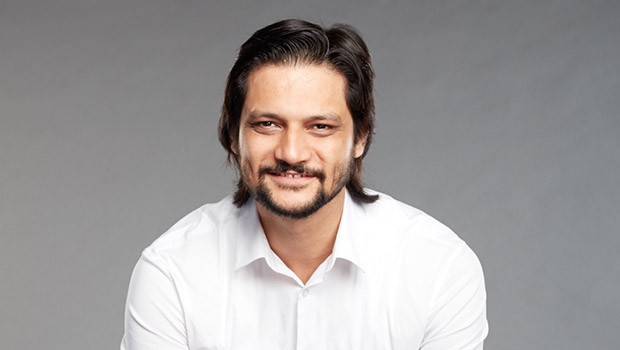 Television viewership across categories has grown by about 40% on the back of increased time spent due to the lockdown. The English movies’ genre, especially, has grown exponential growth.

According to viewership data released by BARC India, the English movies’ genre surged by 91% from the pre-lockdown period and the English general entertainment space grew by 41% in the same period.

Srivastava said they expect the viewership gain to continue even after lockdown ends. “Currently, we are at pre-NTO levels of viewership. If you see the numbers, we might even be higher than the pre-NTO levels for the English genre. Right now we are capitalising aggressively to turn this viewership into a long-lasting habit. In our view, the consumer will always associate the content with the genre,” he said.

“We understand there has been tremendous growth due to the lockdown and not most of it will stay. Our expectation is that once the lockdown ends, the viewership still stays at pre-NTO levels. Almost all the players are running campaigns to ensure the viewership stays and we are putting all our best titles to ensure the buoyancy remains with us for a longer period of time. All brands are robust in their spaces and are doing their bit, hence we expect the number to stay,” he added.

On their strategy to hold the viewership, Srivastava said, “Currently, we are looking at 1 million+ markets. Soon we will start targeting 0.1 to 1mn markets. We actually look at viewership in those markets and try to program accordingly. We are also trying to create specialised offerings and that is why 3-4 years back when the English movie space was giving offerings in a mix, we created specialised offerings. Some people like romantic comedies. They won’t visit Movies Now or MNX, they will directly visit Romedy Now. Our strategy for the next few years is that we want to be efficient with our acquisition. We also want to be efficient with our geographies and expand towards the smaller markets.”

English entertainment and movie channels from large broadcast networks such as Star India, Sony Pictures Networks India and Zee Group were pushed along with popular channels as part of bouquets. While the genre was already facing the heat from OTT players, the NTO impacted their reach. As a result, viewership of most of channels went down by 50-75%.

Being independently distributed and driven by viewers, Times Network’s English cluster channels were less impacted due to NTO, Srivastava claimed. “Earlier as well this was not a genre-based problem. A few players had experienced almost 70-80% drop in viewership post NTO. Our channels continued to run at pre-NTO levels even last year.”

Expressing his thoughts about the growth of English entertainment in India, he said, “The English movie genre has grown with about 90%, which I think is a great number to run with. The viewership has gone up and it’s a positive sign that out of all categories, English movies becomes the second-largest category to exhibit growth.”

Asked if the current growth in the OTT space will affect television in any manner, Srivastava said the genre on television will continue to grow despite the audiences migrating to the OTT space as the audience profile keeps changing. “10% of India is English speaking and we are also the second-largest English speaking nation in the world. Every year, a new set of the population is added to this group and starts getting educated on content.  Despite the growth in OTT space, the viewership on television is increasing. While there is a section of people on top of the pyramid that is moving towards OTT, there is a whole chunk that is moving from regional to English and that group of premium audiences continue to swell,” he explained.

According to Srivastava, English OTT and TV have a very complementary role to play. “In the English space, OTT plays a complementary role because content discovery is a challenge for people at large. There is a whole set of audience that does not know the difference between Batman that is being directed by Christopher Nolan and the one that is not. So for such an audience, the entry point is not OTT, it is television.”

“OTT is being consumed but at an overall level, TV has accountability and numbers to prove that we have 90% viewership. Therefore television is where it is today. In terms of reach, we have 184 million houses across the country watching television. If you compare the number with OTT, this is only a fraction.

OTT platforms are evolving but they have not really impacted the viewership at an all-India level, believes Srivastava.

Ad rates to bounce back after lockdown

Srivastava said ad revenues on television will bounce back when the lockdown ends. He said the current situation is a perfect opportunity for brands that want to increase their recall. “There has been a slowdown in advertising across categories. Certain products are unavailable as there is no place the consumer can go and buy so there is no point for them to advertise. This, however, doesn’t mean every player in every category will stop advertising. For example, this will be a perfect situation for players who were launched recently. They can gather a greater share of the consumer’s mind because viewing has increased, the frequency of your ad has increased therefore brand recall will also increase. Different brands are using different strategies but at an overall level at this point, the only fact that there is a lesser number of things an individual can buy is pulling back advertising spends,” he added.